Can Manohar Parrikar Be Another YB Chavan? 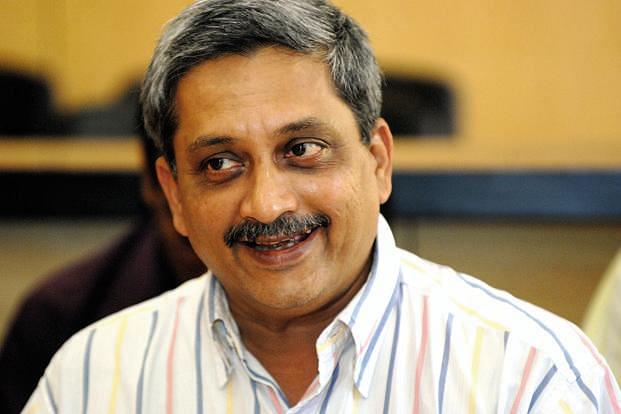 Given the interest shown by him and the grasp he has displayed over some of the complex matters, Parrikar could become this decade’s Yashwantrao Chavan.

In November 1962, India’s first Prime Minister Jawaharlal Nehru, under pressure to revamp India’s armed forces in the wake on the debacle against China was forced to draft a Maharashtrian, Yashwantrao Chavan then the Chief Minister of the newly-formed state of Maharashtra. In four years, Yashwantrao, a complete newcomer to Delhi, not only expanded the military rapidly but also restored its dignity and standing. The modernisation of the Indian military undertaken by Chavan with full backing of first Nehru and then Lal Bahadur Shastri, proved to be decisive in the 1971 war.

Over half a century later, Prime Minister Narendra Modi has entrusted another Goan/Marathi, Manohar Parrikar to shakeup the lethargic and risk-averse civil and military bureaucracy in South Block to modernise the Indian military and get it battle-ready. Parrikar, Chief Minister of Goa till early November 2014, was handpicked by Modi to ensure that the Ministry of Defence was provided the political leadership it so severely lacked in the previous nine years under AK Antony. So completely ineffectual was AK Antony as defence minister that he cancelled around a dozen tenders on receipt of the first anonymous (obviously motivated) complaint and allowed the babus to run the ministry as they wished. In contrast, Antony’s immediate predecessor Pranab Mukherjee was in complete control of South Block. If he had stayed Raksha Mantri as long as Antony did, the military would not have perhaps landed up in such a mess as it found itself in 2014. Alas.

So Parrikar, a novice in defence matters like Yashwantrao Chavan was in 1962, is now saddled with cleaning up the mess in the MoD and doing it in double-quick time. Like in 1962, the Indian military is facing crippling shortages. The latest Comptroller and Auditor General (CAG) Report tabled in Parliament this month makes for grim reading. “Stocking of ammunition even at ‘minimum acceptable risk level’ was not ensured, as availability of ammunition as on March 2013 was below this level in respect of 125 out of a total of 170 types of ammunition,” the CAG report pointed out. Also, in 50 per cent of the total types of ammunition, the holding was “critical” — insufficient for even 10 days of fighting, the report added. This is just one instance.

The Indian Army has not bought an artillery gun for 28 years, the strength of conventional submarines in the Indian Navy is dangerously low, close to single digit and as is widely known, the Indian Air Force (IAF) is losing is combat edge against Pakistan rapidly.  Even the basic requirements of the infantry for bulletproof jackets, basic assault rifles and even boots were not met. The list is too long to be counted here but suffice it to say that Antony’s ‘lost decade’ has left gaping holes in India’s defence preparedness.

So how did Parrikar plan to reenergise the MoD and speed up acquisitions?

Prioritisation of projects was the first step. Defence acquisitions are expensive and since  five years very little was purchased, the backlog just adds to the problem. After a month or so spent in learning the ropes, and another three in reviewing different projects, Parrikar found that the bureaucracy in the ministry — both civil and military — was sitting on some 400-odd big and small projects that were critical to the three armed forces. A thorough review revealed that nearly one-third of the 400-odd projects were now irrelevant. So they were discarded. About 50 projects were accelerated since they were of critical importance.

Next, Parrikar and his closest aides identified critical schemes across the three services that needed immediate funding and implementation. The purchase of 50,000 bullet proof jackets, for instance, was sanctioned on a fast track basis once it was realised that troops involved in counter-terrorism, counter-insurgency operations were facing a severe shortage. Similarly, a small bureaucratic standoff had held up supply of Extreme High Altitude Clothing (for soldiers posted in Siachen and similar terrain) for more than two years. Parrikar personally intervened and resolved the issue.

But his boldest decision so far was to break the logjam in the decade long saga for procurement of the Rafale combat jets from the French aviation giant Dassault. It is to Parrikar’s credit that he decided to think differently on a knotty issue and suggested a way out to the Prime Minister. So hours before Prime Minister Narendra Modi embarked on his three-nation tour in April, a political decision was taken to explore the option of buying Rafale jets through a government-to-government (G-to-G) contract with France.

But more than anything else, the former Goa Chief Minister seems to have brought in a sense of purpose in the notoriously slow MoD. Without directly criticising Antony, Parrikar said in an interview that the ministry was rudderless for a long period. “There was no control over the system. There were no reviews, no feedback and there was no fear of punishment for non-performance. An important ministry like Defence cannot run like this,” Parrikar remarked.

Next on his agenda are three important steps: simplify the Defence Procurement Procedure (DPP), allow authorised, registered agents to represent companies and eliminate delays or cancellation of contracts because of anonymous complaints. Anonymous letters are now a no-go. Some of the more pressing issues that the Defence Ministry is keen to resolve quickly are the question of appointment of  ‘legal’ or authorised agents by defence firms and the policy of blanket blacklisting of manufacturers. The Ministry wants to use the power to ban a firm only in the rarest case. The previous government had indiscriminately blacklisted over a dozen firms, severely restricting the options of the forces to source equipment.

Similarly, by legalising agents, the ministry wants to bring in a degree of transparency in the interaction between defence manufacturers and government officials. Currently, representatives of different firms–legal or otherwise–operate clandestinely since the legal position is unclear. The bigger decision however was to name a 10-member Committee of Experts to suggest amendments to the existing DPP and formulate a new policy framework for defence acquisition.

The terms of reference for the committee are interesting: It is mandated to a) evolve a policy framework to facilitate ‘Make in India’ in Defence Manufacturing and align the policy evolved with the DPP 2013 and b) to suggest requisite amendments to DPP 2013 to remove the bottlenecks in the procurement process and also simply/rationalise various aspects of defence procurements. The Committee, made up of eight non-government and retired government officials and two serving bureaucrats from the Defence Ministry, has been asked to submit its recommendations within 45 days.

While the structural and procedural changes will take some time to kick in, the MoD in the past one year (Arun Jaitley was Parrikar’s immediate predecessor for five-six months) has cleared new projects worth over One lakh crore rupees and more significantly, ordered that most of these projects be undertaken in India as part of the Make in India programme.

Last week, the Defence Acquisition Council (DAC) cleared acquisition of 200 light utility helicopters and 145 ultra light howitzers for the Army and replacement of 54 Avro transport aircraft for the IAF, all to be made in partnership with local private players in India. Once the contracts are inked and foreign vendors find local partners, these big tickets projects will boost the Make in India programme. The intent is absolutely right: Make equipment in India to reduce import of arms and lower dependency on foreign manufacturers. It is the implementation that will be the key.

The defence bureaucracy has become sufficiently alive to the need for faster clearances but everyone is waiting for faster results. The military and the civil babus have realised that Parrikar, an IIT graduate is a fast learner and man who gets to the crux of the matter fairly quickly. This has allowed him to take decisions quickly and disallowed the bureaucrats to run circles around him

To me, the evidence that Parrikar is a fast learner and a man who takes deep interest in the domain he is heading came during an interview for Doordarshan. I asked him the standard question about the possibility of appointing a Chief of Defence Staff (CDS), an issue that has often kept the three forces divided. That he spoke about starting the process in June wasn’t as much a surprise as the revelation that he was currently reading the Goldwater-Nichols Act (of the United States) that pushed through sweeping reforms in the American military almost 30 years ago. I for one would not have expected an average Indian politician to remember the name of the legislation, leave alone read it.

Given the interest shown by him and the grasp he has displayed over some of the complex matters, Parrikar could become this decade’s Yashwantrao Chavan. At least that is what many of us are hoping.