Can The BSP Recover Lost Ground In Uttar Pradesh? 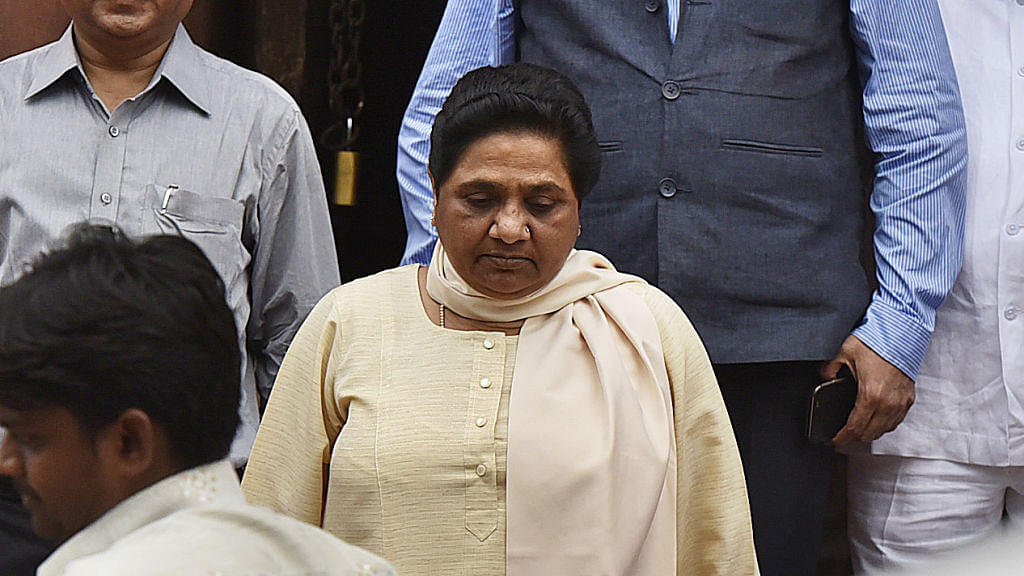 In a surprise move, Bahujan Samaj Party (BSP) chief Mayawati resigned from the Rajya Sabha last week, in protest against not being able to speak about atrocities against Dalits or Scheduled Castes (SCs) in the upper house of Parliament.

Mayawati’s move is a clear political signal to her core constituency of Dalits, and an attempt to rejuvenate her party, which saw its seat share drop to its lowest level since 1993 in the Uttar Pradesh assembly elections held earlier this year. But the latest move may not be enough to revive the party’s fortunes in Uttar Pradesh, a Mint analysis of election numbers and survey data suggests. Unless the BSP is able to regain the support of other social groups, including non-Jatav Dalits, it will be difficult for the party to bounce back.

BSP won only 19 out of 403 seats in the 2017 assembly elections in Uttar Pradesh. Ten years ago, the party had 206 seats in the assembly. One reason for the dramatic decline in seats is the party’s inability to convert votes to seats.

In a first past the post system, a good electoral strategy is one that can maximize the number of seats for a given vote share. The ratio of seat share and vote share of a party can be used to measure this ability. Higher the ratio better is a party’s ability to convert its votes to seats. BSP’s seat-share-to-vote-share ratio for 2017 assembly elections is the lowest among all four major parties (Bharatiya Janata Party, BSP, Congress and Samajwadi Party) since 1989 when BSP contested UP assembly elections for the first time.

The declining ability to convert votes to seats suggests that the BSP has not been able to retain the support of social groups beyond its core support base. Data from surveys corroborate this. Apart from Jatavs—a section of Dalits, who form the core constituency of the BSP—support for BSP among all other social groups has fallen sharply over the past few years. BSP’s support base has shrunk even among non-Jatav Dalits.

The party’s best seat-share-to-vote-share ratio was in 2007 when the BSP won a majority on its own after it made a conscious attempt to woo upper castes. Nearly a fourth of its MLAs were from upper castes, as the chart below illustrates. It is the second best seat-share-to-vote-share ratio was in 1993 when it joined forces with the SP after the dismissal of the Kalyan Singh-led BJP government following the 1992 demolition of the Babri Masjid.

An earlier Plainfacts column had discussed how a rainbow Hindu coalition may have helped the BJP to sweep the 2017 assembly elections even without much support from the core supporters of the SP and BSP—Yadavs, Dalits and Muslims.

Between 2007 and 2014, BSP’s support among non-Jatav Hindus has shrunk significantly. Interestingly, the biggest reduction (20 percentage points) is among non-Jatav Dalits. With the desertion of these floating votes, loyal Jatav votes were simply not enough to catapult the BSP to victory in most seats of the state.

The growing challenge to BSP’s popularity among Dalits has been highlighted by many commentators. An Indian Express piece by Rahul Verma and Pranav Gupta talks about the challenge to BSP’s leadership from young Dalit leaders such as Jignesh Mevani and Bhim Army founder Chandrasekhar. Badri Narayan, a professor at Centre for Study of Discrimination and Exclusion at JNU, has underlined the need for Mayawati to protect her Dalit base from the RSS. By making Ram Nath Kovind, a Dalit from UP as the President, the BJP seeks to tap precisely into this constituency.

Mayawati might be reacting to this challenge with her aggressive Dalit posturing. But that alone will not be enough for her to reverse her party’s fortunes. As the numbers discussed so far show, the BSP will not be able to recover meaningfully unless the party can build a convincing narrative to win back support from a broad spectrum of society, or strike an alliance to leverage BSP’s core support base.