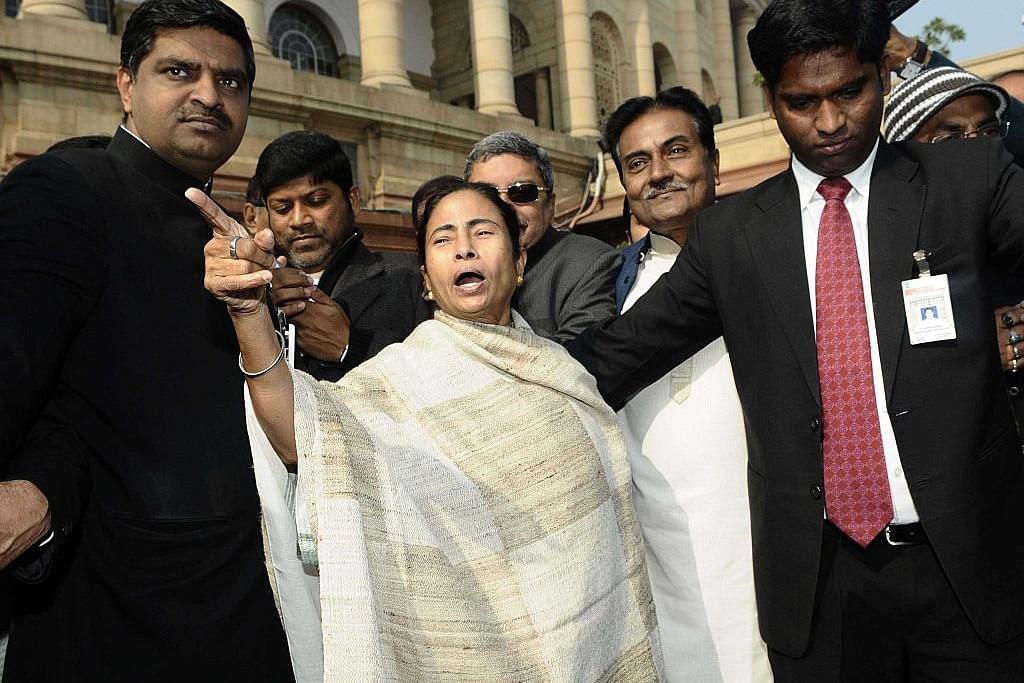 India has been left red-faced after Bengal Chief Minister Mamata Banerjee cancelled a scheduled trip to China on Friday afternoon, hours before she was to have boarded an aircraft to Beijing. Mamata Banerjee was miffed when it appeared that her request for a meeting with senior leaders of the Communist Party of China (CPC) would not be granted. She announced the cancellation in a huff through a series of tweets.

The Bengal Chief Minister was to have gone to China on a eight-day visit under an exchange programme between the Government of India and the international department of the CPC. The programme was initiated in 2004. Chief ministers of many other states have visited China under this programme, but this was the first time that a CM asked for a meeting with top CPC office-bearers.

Though no one would come on record, a senior state government official who was involved in the planning of the trip said that Mamata Banerjee insisted on meeting a member of the CPC's Politburo Standing Committee, the apex body of the party which has the Chinese President and Prime Minister among its seven members. Banerjee felt that only a meeting with a member of the CPC’s highest body would be “in keeping with her role in national politics”. She fancies herself as a prime minister-in-waiting or, at least, one who will prop up a future prime minister of the country and, thus, one with a major role in India’s politics. Clearly, the Chinese do not think so.

This is what Mamata Banerjee said through her tweets on Friday:

“In March this year, the Union Minister of External Affairs had recommended to me to kindly consider leading a delegation to China in the coming months under the Exchange Programme of the Government of India with the International Department of the Communist Party of China.

In response, on April 2, 2018, I appreciated her recommendation for me to lead the delegation to China under the Exchange Programme. I mentioned to her that “since the interest of my country is involved, I wish to visit China sometime during last week of June 2018”.

Thereafter, in pursuance of the letters from Chief Secretary and the Ambassador of India in China, a programme was chalked out, based on which we planned our visit in the coming week.

Till yesterday, everything was going on well, but unfortunately, the Chinese side could not confirm the political meetings at appropriate level as informed by our Ambassador in China.

Although our Ambassador in China had tried his best to make the programme a success, non-confirmation of the political meetings at the appropriate level as proposed by the Indian Ambassador to China, at the last moment, has unfortunately compelled us to cancel the visit.

However, I wish the continuation of the friendship of India and China in the days to come and it should strengthen further in the interest of both the countries.”

The Chinese consulate in Kolkata was quick to respond with a cryptic statement: “The Chinese side was working hard to prepare for the CM’s visit and was still working on the arrangements and remained in contact with the Indian Embassy in China when the cancellation was announced”.

Clearly, there were differences between Mamata Banerjee’s perception of her own importance at the national level and how the Chinese perceive her. Her perception of “political meetings at the appropriate level” does not match that of the Chinese, who felt that a politician at the “appropriate level” for Mamata Banerjee would be the Mayor of Beijing who she was reportedly scheduled to meet. The Mayor of Beijing enjoys the same status as the governor of a province in that country and, hence, the Chinese felt it was appropriate to have the Mayor, Chen Jining, meet Mamata Banerjee.

Also, the Chinese are extremely conscious of protocol, and the CPC, say Indian diplomats who have served in that country, is extremely hide-bound and bureaucratic. “Top Chinese leaders, especially the members of the CPC’s politburo standing committee, will never meet the chief minister of a state. They will meet only the Indian Prime Minister, President, Vice-President or, at most, a very important cabinet minister. For that matter, they don’t meet even Governors of states in the US, posts loosely comparable to that of Indian CMs. It was thus unrealistic of the Bengal CM to expect to be granted meetings with the politburo members,” said a serving IFS officer who had done a stint in Beijing a few years ago.

The reason Mamata was sore over China’s reluctance to grant her request was that it put paid to her plans to showcase such a meeting to assert her importance at the national level. Select mediapersons in Kolkata were reportedly briefed by top Trinamool leaders that Mamata Banerjee would be meeting top Chinese leaders who no other visiting chief minister from India had met. “Mamata Banerjee’s plan was to return and tell everyone that she was given a lot more importance by the Chinese than other CMs who had visited that country because the Chinese recognised her importance. When the Chinese refused to play ball, she realised her visit would yield no political dividends back home and so she cancelled it,” said a prominent lawyer and former Trinamool member who was once close to Mamata Banerjee.

Mamata Banerjee’s desire to meet at least one CPC politburo member was conveyed by Bengal Chief Secretary Malay Kumar De to the Ministry of External Affairs. The matter was then taken up with the Chinese foreign ministry by India’s ambassador to China Gautam Bambawale. The Chinese side reportedly told Bambawale that such an unusual request would be difficult to consider. “We did try to persuade the Chinese to schedule even a short meeting with a Politburo member, but that did not happen. Even on Friday morning (Bengal Chief Secretary) Malay De requested foreign secretary Vijay Gokhale to intervene with the Chinese, and our ambassador was in contact with the Chinese foreign office till Friday afternoon. But Beijing didn’t want to break protocol,” said a senior officer in the South Block. Mamata Banerjee, say some officials in Kolkata, was reportedly ready to settle for a meeting with Chinese Vice-President Wang Qishan, but that also could not be arranged.

Banerjee was to have also met CEOs of major Chinese companies in Beijing and then in Shanghai. The business meet at Shanghai slated for 28 June was being organised jointly by the Bengal government, Federation of Indian Chambers of Commerce & Industry (FICCI) and the China Council for Promotion of International Trade (CCPIT). A few prominent industrialists from Bengal were scheduled to be present at these business meets with Chinese CEOs, where Mamata Banerjee was to have made a strong pitch for Chinese investments in her state.

The cancellation of the trip has severely embarrassed South Block mandarins. “A lot of work goes in to arrange such official visits. The prestige of the country is also involved and protocol is strictly followed. A visiting dignitary cannot make an unreasonable or unusual request that would be a departure from the protocol of the host country and expect to be humoured. The unilateral cancellation of such a visit, and the way it was announced through a series of tweets, is very embarrassing for us and has never happened before. Even if the Bengal CM was unhappy and wanted to cancel her visit, she should have conveyed heer decision to us (the MEA) and we would have informed the Chinese. That is the way things work. And both sides could have then come up with a mutually acceptable reason for the visit being cancelled. The cancellation of the visit unilaterally by the Bengal CM and the way it was announced also embarrassed the Chinese,” said the serving IFS officer at the MEA.

What South Block did not take into account, however, was Mamata Banerjee’s whimsical and mercurial nature and her propensity to fly into a rage if things don’t work her way.