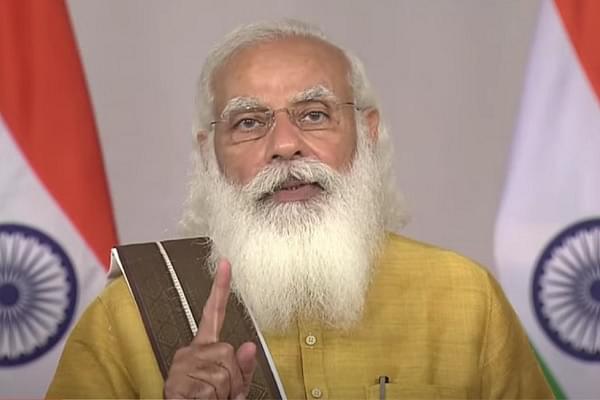 Prime Minister Narendra Modi, in his address to the nation yesterday (7 June), announced the centralisation of the entire vaccine rollout programme.

Private hospitals will be allowed to procure the remaining 25 per cent share of the vaccines, but going forward, the service charge will be capped at Rs 150 per dose apart from the cost of the jab.

Modi also recalled the questions raised against the defined priority age groups in the initial days of the rollout, and how some critics wanted states to have greater freedom in creating their own age groups. He highlighted the factors that forced the Centre to consider the decentralisation of the vaccine process.

Perhaps it was the spirit of federalism that made Modi be less harsh in his speech when it came to describing the response of the states.

Citing how states found themselves acquainted with the intricacies of the rollout, global vaccine shortage and hence requested the Centre to reconsider their decision of decentralisation, Modi skipped how some state governments chose to politicise the entire vaccine rollout.

No mention was made about the poor handling of the situation by some state governments, especially West Bengal, New Delhi, Maharashtra, or the wastage reported in Rajasthan.

On a lighter note, the Prime Minister should have recalled the demand of one chief minister for the ‘vaccine formula’ to be released to the states for them to manufacture their own vaccine.

Less than a month ago, 12 parties in the opposition came together to write a letter to the Prime Minister, demanding for the vaccine procurement process to be centralised. The signatories of the letter included Sonia Gandhi for Congress, Sharad Pawar for the Nationalist Congress Party, Uddhav Thackeray for the Shiv Sena, Mamata Banerjee for the Trinamool Congress, M K Stalin for Dravida Munnetra Kazhagam, Akhilesh Yadav for the Samajwadi Party amongst others.

However, Modi made no mention of the letter or its signatories and how they had chickened out of their responsibility when it came to the procurement of 25 per cent of the vaccines, barring the 25 per cent by the private hospitals and the 50 per cent procured by the Centre. For the greater benefit of the electorate, a reminder would have been ideal.

Turns out, decentralisation was a disaster, to begin with. A number of regional parties, from the beginning of the pandemic, had chosen to politicise every aspect of the crisis, from migrants' movement to lockdown, and from testing to vaccine rollout, and the Centre should have learned its lessons there.

Under pressure from the state governments and critics, the Centre did bite the bullet, showcasing why it is imperative in India to do the wrong thing before the right one to come out clean.

Maharashtra’s Shiv Sena can no longer attribute the increasing number of cases and fatalities to lack of vaccines, nor Trinamool in West Bengal can threaten protests for free vaccines, nor Congress governments in states can play the pricing card or impose an excessive service charge over the doses administered, nor Kejriwal in Delhi can blame Modi for any shortage in the capital, nor Kerala can use the excuse of vaccine pricing to hinder the rollout.

In an address no longer than 20 minutes, Modi rendered all excuses these parties had been riding on for political brownie points. In political chess, this was a checkmate.

By retaining the quota for the private hospitals, the Centre is focussing on the urgency needed in the economic centres as well. Continuing the current trend, corporates and other individuals can pay for the vaccines in cities, and ensure lockdowns in the future do not dent the economic revival.

The decision by the Centre also sets a precedent for the future. While the Prime Minister stressed how this was once in a century crisis, the Centre will now be looked upon in the hour of any crisis.

The numbers also favour the Centre. The central government has a plan to administer every eligible Indian with at least one dose, and most by two, by the end of this year.

Manufacturing for Covaxin would also be licensed out to other companies which would add 35 million doses by December. Starting November, Russia’s Sputnik-V will be produced in India, adding another 70 million doses a month.

Currently, in Phase-3 trials, the government’s plan also factors in the arrival of Biological E vaccine and another being manufactured by Zydus Cadila. Then there are enough candidates the government of India can turn to for imports which are currently not factored in the 2 billion doses plan.

However, the buck does not stop here.

The central government must hold state governments accountable for every dose administered. A digital vaccine dashboard, linked to Aadhaar card of citizens, must be used to correlate the data given by the states. Every evening, the Centre must release the data from several states, documenting doses administered for the day, total doses, total doses left with the state, and the percentage of total doses given against the total eligible population

For the sake of politics, various state governments will look to blame the distribution algorithm of the Centre, citing how the latter may favour BJP-ruled states, and therefore, publicising data every day would enable constructive debate and discussion.

Before the second wave struck, the choice was between the obligation within the federal constraints of the Constitution and the efficient vaccine rollout from the Centre, and the critics of the government chose the latter.

Now that politics induced events have served lessons for the critics and toolkit enthusiasts on decentralisation of the vaccine rollout, in some states at the cost of human lives, the focus must be on getting every eligible Indian vaccinated in the next six months with a single dose at least, for no one wants to celebrate another Diwali with social distancing.

Modi will now lead the biggest vaccine rollout programme in the history of mankind, and he will do it in less than a year.