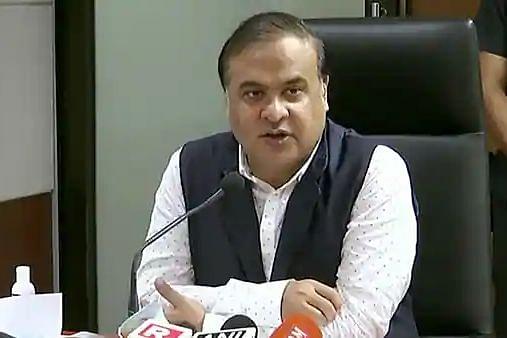 A little over 42 years since the formation of the United Liberation Front of Assam (ULFA), chances of permanent peace dawning on Assam have brightened with the Paresh Barua-led faction of the proscribed outfit [known as ULFA-Independent, or ULFA(I)] announcing a unilateral ceasefire and even praising the state’s new Chief Minister Himanta Biswa Sarma.

In a statement released to the media, Paresh Barua, who is believed to be in hiding in the Yunnan province of China, said that the three-month-long ceasefire was being announced due to the ongoing pandemic and as a gesture of goodwill towards the new government.

The ceasefire announcement came a day after a grenade was hurled at a hardware shop at Tingrai Bazar in Upper Assam’s Tinsukia last Friday (14 May).

The terror act, believed to have been carried out by the ULFA(I), claimed two lives and drew widespread condemnation.

The ULFA(I) has also announced the release of one of the three ONGC (Oil and Natural Gas Corporation) employees it had abducted from a rig at Lakwa in Upper Assam’s Dibrugarh district on 21 April. That announcement on Wednesday (19 May) came close on the heels of an appeal made by Chief Minister Sarma.

The abduction of the three — two engineers and one technician, all three of them Assamese — also drew intense condemnation from Assam’s civil society as well as social, cultural and religious bodies.

Two of the three abducted ONGC employees were rescued from Nagaland’s Mon district near the India-Myanmar border after three days by a joint team of the army, Assam Rifles and Assam Police.

The terror outfit had abducted executives and staff of ONGC and other petroleum majors in the past demanding that the PSUs share a higher portion of the revenues they earn from oil-producing Assam.

Chief Minister Sarma, reacting to the ULFA(I)’s decision to release the third ONGC employee, said that the state government will talk to the Union government about getting more concessions from the oil PSUs.

“The oil industry is the backbone of the state’s economy. Assam gets Rs 17,000 crore annually as VAT, royalty and its share of taxes from the oil PSUs. We will talk to the Union government about getting more from this sector for the benefit of Assam,” said Sarma.

The Chief Minister’s statement drew immediate and unprecedented praise from the ULFA(I) chief who declared that none of the past chief ministers of the state had spoken on these lines.

“We welcome (Chief Minister) Sarma’s statement and it carries a lot of positive intent,” said ULFA(I) ‘commander-in-chief’ Paresh Barua. This is the first time that the outfit has ever praised a politician.

Earlier, while responding to the ULFA’s ceasefire, Chief Minister Sarma said while the announcement was “a ray of hope”, there would be no let up in anti-insurgency operations on the part of the police and security forces.

“The ceasefire announcement is welcome. But it has to be backed by more concrete steps. Let the ULFA(I) announce its willingness to come forward for talks. And it should not set any conditions for talks. Only then can we match their positive steps and move forward,” said Sarma.

Sarma was alluding to Paresh Barua’s insistence in the past that the ULFA(I)’s core demand — Assam’s sovereignty — be included in the agenda for peace talks.

This is the proscribed outfit’s third ceasefire offer. The first was in 1991 close on the heels of ‘Operation Bajrang’ launched by the army, paramilitary forces and the state police against the ULFA.

The second was in 2006 when the Union government under prime minister Manmohan Singh extended an invitation to ULFA chairman Arabinda Rajkhowa for talks.

The peace offers failed both the times due to strong opposition from Barua, considered to be a hardliner, who insisted that the ULFA’s core demand of sovereignty for Assam has to be the primary point in the agenda for talks.

Chief Minister Sarma has made it clear that it is up to the ULFA to come up with a formal proposal to hold peace talks. Once that comes, he said, ground rules for the talks can be framed.

The government’s limitations, he added, should also be kept in mind. That was an allusion to the oft-repeated stand of the Union government that any discussion on ‘sovereignty’ is out of the question.

Many say that the ULFA(I)’s unilateral ceasefire offer is a tactical move aimed at taking the heat off the outfit and allowing it to regroup.

The strength of the outfit diminished after it split a decade ago with chairman Arabinda Rajkhowa and others opting for talks with the government of India.

The ULFA(I) has less than 200 cadres now, and most of them are in the Naga-controlled areas of Myanmar where they are facing severe hardships.

‘Operation Sunrise’ launched by the ‘Tatmadaw’ (Myanmar’s military) in 2019 resulted in the demolition of the ULFA(I)’s camps and offices in Myanmar, forcing Barua to flee to China and the outfit’s cadres to run for cover.

Security forces in Assam have also stepped up the heat on the outfit. Anti-insurgency operations have been intensified, especially in Upper Assam where the ULFA(I) still enjoys a little bit of support.

The manner in which two of the three ONGC abducted employees were rescued by the security forces from Nagaland before they could be taken to Myanmar came as a huge blow to the outfit.

The ULFA(I) is also desperately short of funds, arms and ammunition and its cadres housed in makeshift camps in Myanmar are facing a severe shortage of even food and medicines.

Given all these, argue some security experts, Paresh Barua may have announced the ceasefire in the hope that the state government will also offer a matching ceasefire. That will get the ULFA(I) some much-needed breathing space.

Also, they say, China (which controls Paresh Barua) has no compelling reason to allow permanent peace in Assam.

However, top sources in the Assam Police say that Paresh Barua is under intense pressure from his senior colleagues as well as the rank and file to come to a permanent settlement.

“The senior members of the ULFA(I) and the cadres are facing pressure from their families to come overground and give up the gun. Many of them (ULFA rebels) have wives and children and do not want to be on the run any more. The outfit’s severe shortage of funds even to procure basic necessities has led to acute frustration and anger in the ranks. This has put tremendous pressure on Paresh Barua who now finds himself with his back to the wall,” said a retired DGP of Assam Police.

Another senior serving police officer said that Paresh Barua is a proud man and has never been very comfortable with following the dictates of his Chinese handlers.

“If he is offered an honourable way out, he will accept it. It is now a dead end for him and he knows that he cannot keep up the fight much longer,” said the officer.

Chief Minister Sarma has made the right noises, and that has encouraged Paresh Barua to mellow down.

Immediately after taking oath, Sarma said that he would accord topmost priority to facilitating an early settlement with the ULFA(I) and appealed to the outfit to come forward for talks.

“Himanta Biswa Sarma’s statement that he will negotiate with the Union government to get more concessions from the oil PSUs also went down very well with Barua, who even read it as an endorsement of the ULFA’s oft-repeated demand that the oil PSUs should share a larger part of their earnings from Assam in the state itself,” said the retired state police chief.

At the same time, the former top cop added, the ULFA(I) chief knows only too well that the present Chief Minister is very intelligent and practical.

“Sarma is grounded in reality and is reasonable. He has a huge stake in getting the ULFA(I) to the negotiating table. That achievement will be his lasting legacy, and so he will be sincere in facilitating a peace deal between the Union government and the ULFA(I). Barua knows that Sarma will put his shoulder to the wheel on this and will leave no stone unturned to strike a peace deal. Hence, Barua is also inclined to step forward for talks,” said the retired officer.

Though it would be premature to conclude that a peace deal with the ULFA(I) is on the horizon, there is definitely room for a lot of cautious optimism that the ball that has been set rolling will eventually head towards that goal.