Chinook & Apache Helicopters: What They Mean To The Indian Armed Forces 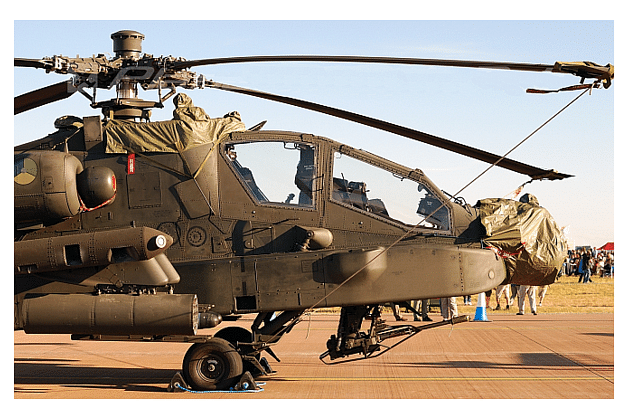 How helicopters act as force-multipliers in the armed forces and why these acquisitions are important.

For much too long, have the Indian Army and Indian Air Force (IAF) been aspiring for transformational change in rotary wing aviation resources. Deals were signed, and deals fell through while our workhorses, the Cheetah and the Mi 17, continue to do yeoman service. However, with yet another stage in the acquisition of these resources having been passed, it seems something is finally happening. The Government’s Cabinet Committee for Security, the apex decision-making body, has cleared a 2.5 billion USD project for the purchase of 15 Chinook and 22 Apache helicopters. The official acquisition deal with the US was signed yesterday. This information re-opens controversies again but thankfully nothing regarding the acquisition process.

It is the public interest in matters of military equipment which inspires me to write this piece so that there are more people aware of what, where, and how such resources are employed and what controversies they generate. At the outset, it needs clarification that the Apache and Chinook are not replacements for the Cheetah or Mi 17. The Cheetah is a versatile helicopter for recce, observation, communication, surveillance, liaison and casualty evacuation (casevac). The Apache is an attack helicopter.

What does this mean? In generic terms, it means that it is armed and designed to conduct offensive operations such as destruction of enemy tanks and pill boxes. It has mounted weaponry such as cannons/chain guns, rockets and anti-tank missiles in an arrangement of flexible configuration.

The choice is as per threat envisaged. Unlike the Black Hawk (of the Somalia operations fame), there is no place for a stick of infantry or paratroopers; it is the classic aerial platform against armor (tanks), pillboxes, and concretized defenses. Flown by two pilots seated in tandem arrangement to control and fire the plethora of weapons and munitions, the Apache is designed for the fast moving armor battlefield.

Deployed in suitable numbers these act as a force multiplier and can virtually replace a surface flank protection force comprising armored vehicles. The latter, because it takes on the twin responsibility of wide recce, surveillance and response thus sparing the much-needed resources for the contact battle.

The Mi-25/35 Russian helicopter which too has seen many variants and is in the IAF inventory has almost the same capability except the lesser number of missiles that it carries. This has the added advantage of the carrying space in which eight fully equipped infantrymen can travel or carry out casevac when required.

How do these attack helicopters act as force multipliers besides the role of flank protection in a classic advance in the plains/desert? Helicopters usually deployed in anti-surface force operations fly nap of the earth or hugging lower contours so that they avoid enemy radar and prevent the flow of sound as an early warning. On sighting enemy armor or if aware of such presence from other intelligence sources, these helicopters hover in hides while scout helicopters acquire or confirm information. They then rise, fly in the designated direction and acquire their targets or maneuver to a flank to take the tanks broadside (the weakest part of the tank is its side). Attack copters are capable of top attack by missiles which means they can target the softest part of a tank.

Among surface forces, it is the only artillery which is capable of firing top attack munitions. Attack helicopters also help in shooting the Infantry against a closely held obstacle. This is done from a standoff range by softening the defenses through the destruction of pill boxes which are usually built into the canal bund/embankment. The same role is performed in the mountains where the attacking Infantry finds it almost impossible to fire support weapons unless they are placed on higher ground on an adjoining hill. That has limitations of range and direction. Attack copters have to avoid air defense weapons while approaching such objectives, especially shoulder-fired missiles such as the Igla or the reasonably dated Strela.

The Apache will add firepower and maneuver capability to the Indian Armed Forces, but it remains unclear whether the system is being inducted into the Air Force or Army Aviation. This is an age old battle between the Services which was supposedly resolved in 2012 with the acceptance that induction of attack helicopters would soon commence into Army Aviation. The Air Force has this chip on its shoulder that anything which flies has to be owned by it and that it will make the resource available to the user Service, Navy or Army, as per requirement, in the most optimum way. Its rationale is that operations involving flying have a philosophy which is best understood by the core Service and that little ‘air forces’ must not be allowed to sprout; the argument extends to maintenance and repairs too, which it feels should be centralized for best effect.

However, modern armed forces all over the world have understood the necessity for integral flying resources co-opted in their operational philosophy. The maneuver battle for instance, involving armored vehicles, should have attack helicopters teamed with tanks, infantry combat vehicles, self-propelled (capable of moving on own power and not towed) air defense and artillery systems etc so that they are integrated with a common operational philosophy and available for dedicated support without having to bid for them. A halfway compromise formula exists at present with light unarmed helicopters forming a part of Army’s Aviation Arm. Sooner than later this inter-Service rivalry for resources has to end and the Air Force has to stop efforts to hold on to archaic philosophies. A decision on who the recipient of the Apache will finally be is still awaited.

Moving to the Chinook, which has had various variants in service since the days of the Vietnam War; it is a versatile heavy lift helicopter with twin engines and tandem rotors to support its elongated air frame. Its utility can be gauged by the fact that in commercial usage it is employed for logging, firefighting, and disaster management.

The US employed it most effectively in Vietnam for deployment of light mountain artillery and loads of ammunition to mountain tops. Its capability of carrying heavy under slung loads such as light vehicles and artillery makes a valuable asset in the mountains. With a larger carrying capacity than the Mi-17 and being armed with necessary weapons for virtual self-defence, it can also be used for troop transportation. The classic photographs and videos of its usage in Afghanistan to deliver troops and pick up casualties by simply resting one end of its airframe on a bunker went viral some years ago adding to its reputation as the most versatile troop carrying and utility helicopter in service.

I am not sure whether the Indian Army has ever put forward claims to own rotary aviation resources for heli-borne operations. The 5 ton limit for ownership of helicopters by the Army, under the Joint Implementation Instructions 1986, is often quoted by the Air Force to retain ownership of medium and heavy helicopters. While the Chinook has much wider usage than tactical operations, the whole issue of medium helicopters for heli-borne operations is still wide open. The problem arises from the Air Force’s slow response to fleeting opportunities that the Army wishes to exploit. Even in No War No Peace situations in J&K, the availability of Air Force’s Mi-17s for operations against terrorists in the mountainous areas along the Pir Panjal range has been outside the Army’s parameters of speed and numbers.

The Army’s point can be better understood with an example of the Kashmir Valley. With the coming of the Advance Light Helicopter (ALH) into the Army Aviation Corps, the Army’s capability of maintaining posts and pickets in high altitude areas for as late as possible in winter enhanced to a great extent. Where posts would have to be evacuated on foot in November each year, the ALH could be used to fly in a few sorties and evacuate the same posts in January when the habitat got threatened by heavy snow.

This created a major problem for terrorists who always awaited these windows of opportunity and risked their lives in November-December to infiltrate across the LoC. The same goes for re-induction, now done in March as against May in earlier years. The strengthening of the counter infiltration grid has happened due to this to a large extent.

I am sure the maturity of the senior commanders of the Army and the Air Force will resolve the problem of sharing force multipliers. Chinooks would also be used for transportation of equipment for building infrastructure in the mountains of the Northern borders and many other such tasks and, therefore, are essential equipment for the Air Force but the Government needs to seriously look at the possibility of medium-lift helicopters for the Army in the near future.

It is hoped that the current process of acquiring the rotary wing aviation resources will fructify in an early time frame. The impetus to the building/acquiring of light helicopters is as neces sary because the fleets of the Air Force and the Army are just about holding on with patch and glue solutions. We cannot be putting our aviators at further risk.