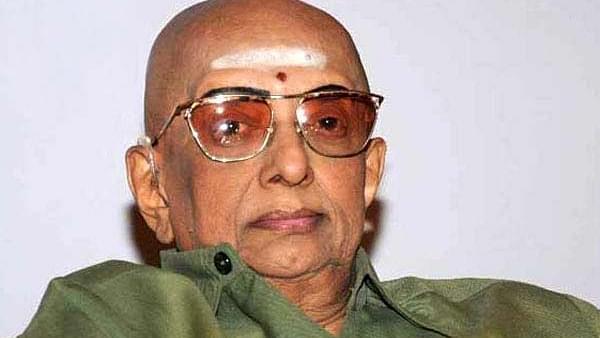 Those among us born after 1975-77 or were too small in those years will hardly be able to relate to the Emergency day stories. The India of today is very different in more than one way. Can anyone imagine a Volvo bus in Bangalore today displaying the slogan “The Future is Bright! The Leader is Right!” or “Rumour Monger is the Nation’s Enemy?” And those slogans were not just even the proverbial tip of the iceberg.

The State made a serious attempt at regimenting, controlling and directing lives of ordinary Indians. A famous restaurant in Bangalore was directed to offer Janata Meals at Re 1 or close down, the owner preferred the latter option. Imposition of President’s rule in Tamil Nadu saw an activist governor seeking to vigorously implement guest control order, threatening to police-raid marriages offering meals to guests above the permitted limit!

But the sector on which the impact was among the highest was understandably the media. The PM of that day, her trusted advisors, as well as those from the party that offered maximum support to her from outside were all schooled well in the ‘Soviet way.’ So the system worked hard to ensure that media was managed to ensure comparable levels of content and delivery!

Four News Agencies were merged into one entity called Samachar, in the TASS model. Press censorship was imposed on the publications. And practically all publications complied (Famous words of Advani – “when asked to bend, they crawled!”).

Among editors, the examples of CR Irani, Rajmohan Gandhi, Nikhil Chakravarthy are well known, but not many outside Chennai might know the example of Cho Ramaswamy.

When Emergency was imposed in June 1975, the only states that were not under the direct, and total, rule of Congress were Gujarat and Tamil Nadu (Kerala had a coalition which was led by a CPI CM although Congress had more seats). All other states were ruled by Congress singly!

Of the two exceptions, while Gujarat was seen by the Centre as being the ‘enemy’, the Congress Central Leadership was a bit ambivalent towards the DMK government in Tamil Nadu. After all in 1971 they had fought both LS and Assembly elections together, and quite successfully. Consequently, the crackdown was not as visible as in, say, Delhi.

For those who might not be aware, Cho Ramaswami is a multifaceted personality. Essentially a practicing lawyer, he started involving himself in theatre. That involvement went well, and got him roles in films too mostly as a comedian. In 1970, he started Tughlak, a fortnightly (then) in Tamil. This was quite a unique, risky venture then.

A typical Tamil magazine had to have a significant amount of serialised fiction catering primarily to the homemaker. Added to that was some filmy element (reviews, gossip), plus based on the positioning some added material (e.g. some offered content bordering on soft porn). This was packaged in a glossy cover. Tughlak broke all these boundaries. His first cover had two donkeys talking to each other poking fun of the magazine (actually one informing the other that the arrival of the magazine will mean a lot of food for them!). The idea of having a cartoon for the cover persists till date.

Film content was restricted to one caustic review, where the director’s comments were added. Fiction came in later, but of a totally different genre (political satire). The rest of the content was political – directly and indirectly. One of the components that later on became eagerly looked forward to by his readers was the Q&A, where he answered all types of questions in his own inimitable way.

His film background as a comedian and his inexperience in journalism led many, especially the rulers of those days, to be dismissive of the effort. He too played along by being self-deprecatory about his effort! But in reality the magazine fulfilled a crucial, unexploited positioning gap, and it took off! The bitterly contested (the results did not indicate that though!) 1971 elections offered a fillip to the magazine, with Cho himself participating the campaign in favour of the Cong (O) – Swatantra alliance.

Emergency press regulations created the usual difficulties for Cho. Expectedly he did not bend. Initially, he responded with a black cover and went off the press. Later he resumed and fought the rules in his own creative way. In movie reviews section, he reviewed Sarvadhikari, a 1951 film (Sarvadhikari means Dictator). A ‘literary section’ contained verses from Bharathiyar’s Panchali Sabhatham, where the Arjuna consoles Bhima saying Kattundom Poruthiruppom Kalam Maarum (We are bound now, but we will wait! For the times to change!!)

Q&A had questions that stretched the limits of political censorship. In an interview to Rediff in 2005 he reminisces about those days. The final act in those difficult times was the stoppage of Tughlak in Tamil and he started an English edition under the name, Pickwick. It fulfilled a certain emergency requirement but was never a patch on the Tamil Tughlak. Subsequently it was shut down and Tughlak restarted.

Government harassment of Tughlak was one of the issues enquired into by the Shah Commission. The day Justice Shah heard the details of the complaint expectedly had many laughs! How humour laced creativity too was used as a weapon in the fight against emergency!

Jogging the memory, one Q&A of those days comes to mind. A translated version here:

Challenge to the censor board official to detect treason?

Some Readings on Emergency Days: