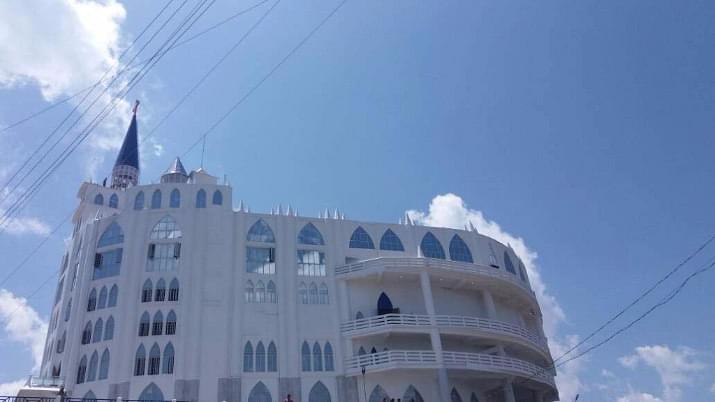 Nagaland Chief Minister T R Zeliang issued a statement Thursday (27 July) evening asserting he was a “devout Christian” and not trying to promote the indigenous Heraka faith of the Nagas. Zeliang’s proclamation was necessitated by the vicious and unethical campaign that his political rivals had unleashed against him, allegedly at the behest of powerful church bodies of the state.

The Church in Nagaland, which wields overarching powers and dictates terms to politicians, rebel groups and society at large, has been unhappy with Zeliang and his perceived closeness to the Bharatiya Janata Party (BJP). The Church, especially the hard-line Baptist Church in Nagaland, has never come to terms with the minor electoral success of the BJP in the 2013 assembly polls (the party won two seats) in the state, and the subsequent defection of Nationalist Congress Party legislators to the BJP increased its strength in the assembly.

Earlier, a large section of the Church and its omnipotent clergy were against the Naga People's Front (NPF) joining hands with the BJP to form the Democratic Alliance of Nagaland (DAN), which has been ruling the state since 2003. The Church feels that the BJP’s entry into Nagaland and the close ties between the NPF and the BJP would lead to a corrosion of its influence. That is why the Church was never very comfortable with Zeliang, who became the chief minister after his predecessor Neiphiu Rio got elected to the Lok Sabha in 2014.

Rio had vacated the chief minister’s post to go to the Lok Sabha in the hope that he would be awarded with a ministerial berth. But that never happened, and Zeliang settled down comfortably in the high chair. Zeliang also forged close ties with the BJP and the National Democratic Alliance at the centre. That made the Church, which proclaims Nagaland to be a ‘Christian state’, very uncomfortable and suspicious of Zeliang.

It must be mentioned here that the Church, especially the Baptist Church, in Nagaland is very conservative, theocratic, totalitarian and hard-line. The Baptist Church openly denigrates other religions and faiths, especially the Heraka, as ‘Satanic’. It views Hindus as pagan and idolatry as sinful, and openly states so. Baptist clergymen openly preach their rabid and intolerant version of Christianity in Nagaland. The Baptists are the predominant Christian sect in Nagaland and form over 75 per cent of the population in the state. They proudly proclaim that “Nagaland is the only predominantly Baptist state in the world”.

The Church, especially the Baptist clergy, were waiting for a chance to hit out at Zeliang and they got it when the latter tried to introduce 33 per cent reservation for women in local civic body polls that were scheduled for earlier this year. Tribal and other bodies opposed the reservation, called for a boycott of the polls, allegedly at the behest of the Church, and violence erupted in various parts of the state.

But the motive of the protesters, backed covertly and fully by the Church, became evident when they started demanding Zeliang’s resignation. Political and social pressure built up on Zeliang to step down. The powerful clergymen sent him an unofficial ultimatum to resign. In the interests of the state and his government, and in order to bring back normalcy to Nagaland that was being wracked by protests and violence, Zeliang handed over the reins to NPF president Shurhozelie Liezietsu in February this year.

The unwritten agreement between Zeliang and Shurhozelie, who was not even a member of legislative assembly (MLA), was that the latter would be the chief minister for six months, by which time things would cool down, and then hand over power back to Zeliang. Shurhozelie had promised, in the presence of other NPF leaders, before being sworn in as the chief minister that he would not try to become a member of the state assembly by contesting in a by-election from any seat.

But Shurhozelie, who enjoyed the full backing of the Church, did exactly that. He got his son Khriehu Liezietsu (who was an MLA) to resign from the assembly and announced he would contest from the vacated assembly seat. Zeliang felt betrayed and knew that Liezietsu was preparing to ensconce himself firmly in the chief minister’s chair in violation of his solemn promise. Liezietsu was reportedly egged on by the Church to break his promise to Zeliang.

Naturally, Zeliang hit back and got a majority of the MLAs on his side before staking claim to the chief minister’s post earlier this month. Governor P B Acharya asked Liezietsu to undergo a floor test, but the latter and his small band of MLAs did not even bother to turn up at the assembly on the day of the test. Zeliang won the vote of confidence by a huge margin and was sworn in by Governor Acharya.

Even as the power play was on, Liezietsu unleashed a vicious campaign against Zeliang and Governor Acharya, no doubt encouraged and egged on by the Church. Liezietsu alleged that since Governor Acharya was a Hindu, he had sided with and supported Zeliang, who was trying to promote the Heraka faith. Liezietsu and his supporters, as well as some Church elders, carried on a highly communal campaign against Zeliang and Acharya accusing them of “driving the trishul through the heartland of Christ”. The NPF faction headed by Liezietsu also issued a statement to this effect.

Even in social media, many Nagas openly accused Zeliang of being anti-Christian and pro-Hindu. Nagas posted highly communal messages on Facebook and Twitter, hurling abuses at the BJP and Hindus and accusing the BJP of trying to root out Christianity from Nagaland. The Church elders and even the NPF referred to Nagaland as a Christian state, forgetting that India is a secular country. Ultimately, Zeliang was forced to issue a statement reiterating his Christian credentials.

The irony is that had a majority-Hindu community in any state acted like the communal Christian zealots in Nagaland, there would have been widespread protests and condemnations. But Nagas proclaiming their state to be a Christian state is considered acceptable! The hate-filled and bigoted preaching of Baptist pastors in Nagaland attract no condemnation or even attention. Their open abuse of other faiths is even encouraged.

Heraka has just a few thousand followers in Nagaland today. And they are a highly vulnerable lot who face abuse and open hostility from the Church and the Christian converts. The evangelical churches of Nagaland promote bigotry and communalism, and proselytisation is their primary objective. Many Naga tribes have been forcibly converted to Christianity, even at gunpoint. The Church is an all-powerful entity in Nagaland, and Zeliang’s statement is enough indication of the enormous influence the Church wields in that state.