Cricket Boycott Won’t Move Terroristan, But It’s The Right Way To Test Our Own National Resolve 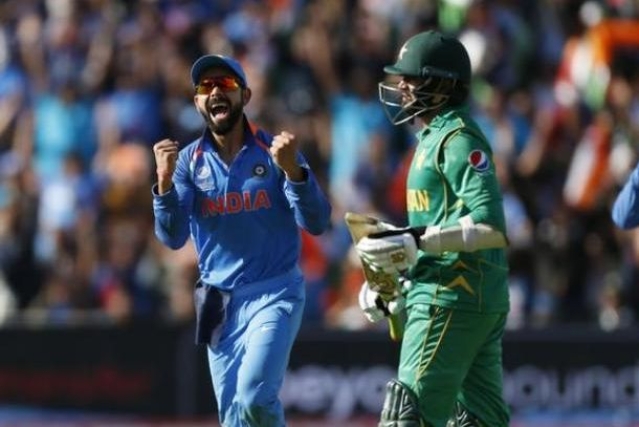 India is scheduled to play Pakistan on 16 June at Manchester. (Representative image)

A boycott of Pakistan in the cricket World Cup is not going to change the jihadi mindset of that country’s government or its ruling army. But, paradoxically a follow-though on this boycott will test India’s new resolve to combat terrorism. If we crumble on this front, or withdraw from the consequences of a unilateral boycott of Pakistan in cricket and other sporting events, it will prove to us that we are all talk and no action. It will prove that even when it comes to national interest, we fear global disapproval. If we can’t do it in cricket, we can’t do it with Indus waters, or seek to squeeze Pakistan economically and take the war beyond rhetoric.

Since real war is a no-win situation for both countries, cricket is the right testing ground for our national resolve to start the process of making Pakistan pay for its sins. We have to do many more things beyond boycotting Pakistan on a pitch, but first we need to be sure we ourselves have it in us to take tough decisions in our national interest. Here’s why.

First, India is the cricket world’s superpower. So, it is time to flex our muscles in an arena where we call the shots. If we blink here, we might as well acknowledge that we are impotent against Pakistani jihad against us.

Second, neither China nor the US can armtwist us at the International Cricket Council (ICC), the apex policy-making and administering body in global cricket.

Third, most of the other major powers on the ICC – Britain, West Indies, and South Africa – are in no position to reject our demands: Britain because it is weakened by Brexit; West Indies because it is no longer a cricketing power, and South Africa because it knows that India stood by its people when it was ruled by an apartheid regime. Australia is the sole cricketing power that has some staying capacity to oppose us, but this is where Narendra Modi’s diplomacy needs to take over from the Board for Control of Cricket in India (BCCI).

Fourth, the ICC cannot claim it wants to keep politics away from the sport, for it was the ICC that set a precedent in 1970 by banning sporting contacts with racist South Africa. Clearly, India must demand that rules must be framed against allowing the participation of Pakistan, a known backer of terrorist outfits, and which already is on the grey list of the Financial Action Task Force (FATF), and has seen the UN take several actions against terrorists based on its soil. India should present the entire laundry-list of terrorist actions Pakistan has been involved in, from hosting Osama bin Laden to giving cover to the 26/11 Mumbai terror attacks (Hafiz Saeed and Zakiur Rehman Lakhvi), to the murder of Wall Street Journal journalist Daniel Pearl on Pakistani territory, to the attack by jihadi elements on the Sri Lankan cricket team, to the hijacking of the Indian Airlines plane IC814 to Kandahar in 1999 which resulted in India capitulating and releasing terrorists in Indian prisons. Among those released were the Jaish-e-Mohammed chief Masood Azhar, the man behind the Pulwama attacks which killed 44 CRPF jawans, and Omar Sheikh, the man who killed Daniel Pearl in Pakistan.

If the Indian government provides the dossier to BCCI, it should have no problem convincing the ICC that Pakistan aids terrorists and has no place in international cricket.

Fifth, pressures will come from other sports bodies like the International Olympic Association (IOC), which has barred India from hosting international events in future as it denied visas to two Pakistan shooters participating in the shooters’ World Cup. We have to learn to take these decisions in our stride, and use it as an opportunity to save money on hosting costly international events, and focus on investing the same money to send our sportspeople abroad to get the best training so that they are not the losers. And we can compensate for any future withdrawal from global events in other sports (hockey, etc) by playing more bilateral matches.

It is good that the BCCI has written to the ICC to “sever ties with countries from which terrorism emanates”, but it is pussyfooting around the issue by claiming this is about protection from terrorism and cricketer safety. Pakistan has not been named in its letter, and the pretence that terrorism merely “emanates” from Pakistan will enable that country to repeat its fraudulent claim that it is as much a victim of terrorism as India, when it is the government and the Pakistani army that directly control many anti-India jihadi elements and provide them cover and protection. If at all Pakistan is a victim of terror, it is because it nurtures these vipers in its nest in order to target India.

If the ICC is unwilling to budge, or seeks to delay decisions, India should play its next two cards: offer to compensate the council for any losses suffered from the elimination of Pakistan from the ICC, and hold out a veiled threat that it will itself leave the ICC and champion an alternate league for global cricket where it will frame the rules. India can do so, especially if the government of India is willing to back the BCCI to the hilt.

Most important, the boycott issue will be a test of our own cricketers’ willingness to sacrifice short-term earnings in the national interest. This country has provided our cricket stars with the means to earn hundreds of crores in playing fees and brand endorsements, and it is time to demand their allegiance to the country rather than just the money they earn from it.

It is a pity that Sachin Tendulkar has talked about India “losing two points” if it does not play Pakistan in the World Cup, and Sunil Gavaskar for claiming that India will lose the most from not playing that terrorist nation. This is not what is expected from players whom the country awarded the Bharat Ratna and the Padma Bhushan, respectively, for their contributions to Indian sport. It is time they repaid the nation for what it gave them by backing the national resolve to isolate Pakistan in cricket.