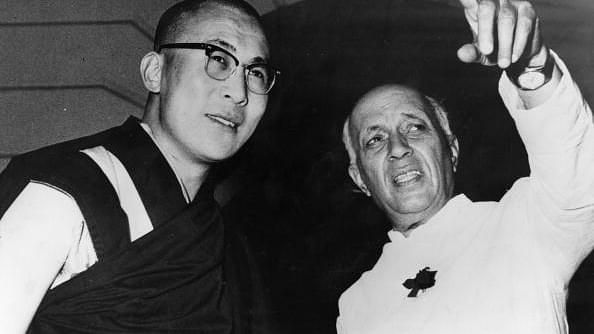 The ghost of the 1962 Chinese aggression on India, which had weighed down successive regimes in New Delhi from taking a robust stand against China over the last five-and-half decades, seems to have been finally buried by the present National Democratic Alliance government under Prime Minister Narendra Modi. The manner in which New Delhi has completely ignored the repeated bullying, threats and warnings by Beijing over the last few weeks and allowed the Dalai Lama to go ahead with his (ongoing) visit to Arunachal Pradesh is evidence enough.

The current, ten-day visit of the fourteenth Dalai Lama to Arunachal Pradesh, a state that China speciously claims as its own, is different from his past four visits to the northeastern state in 1983, 1997, 2003 and 2009. In those times too, China had vociferously objected to the Dalai Lama’s visit to the frontier state, especially to Tawang, which China describes as ‘South Tibet’. Tawang houses the Galden Namgey Lhatse (popularly known as the Tawang Monastery), which was built according to the wishes of the fifth Dalai Lama. The sixth Dalai Lama was born in Tawang, and these two form the basis of China’s claim over Tawang.

Tawang holds a special place in the turbulent history of Indo-China ties. The present Dalai Lama escaped certain death at the hands of Chinese invaders in Tibet and entered India through the Indo-Tibet border near Tawang on 30 March 1959. He rested inside this monastery for a few days before reaching Tezpur in Assam on 18 April that year. It is, again, through Tawang that the marauding Chinese army entered India on 20 October 1962 and marched right past Bomdila to nearly reach the doorsteps of Tezpur.

India’s ignominious defeat in 1962, when the ill-prepared Indian Army under weak commanders and a weaker political leadership (read about the reasons for the defeat in this Henderson-Brooks report) under Jawaharlal Nehru and defence minister Krishna Menon fell like ninepins before an aggressive Chinese army, has always acted as a major psychological impediment in the Indian leadership’s dealings with Beijing. Successive governments in New Delhi have, till now, acted with diffidence towards Beijing and been extremely accommodating of Chinese concerns and sensitivities. So much so that for more than two decades after the 1962 defeat, New Delhi did not allow the Dalai Lama to visit Arunachal Pradesh and Tawang, home to the Monpa tribe who are all Buddhists and look up to the Dalai Lama as their spiritual head.

When New Delhi finally gave permission to the Dalai Lama to visit Tawang in 1983, it ensured that the visit was billed as a personal visit by the Tibetan religious leader at the invitation of Buddhists in Tawang. China had objected, but the Ministry of External Affairs (MEA) spokesperson very diffidently pointed out to China that the Dalai Lama was visiting Arunachal as a private citizen. And along with such meek submissions, the then foreign minister and MEA spokesperson had also gone to laborious lengths to reiterate India’s One China policy, which recognises Taiwan as a part of China.

In 1997, 2003 and 2009, New Delhi had bent over backwards to placate China, which had made threatening noises over the Dalai Lama’s visits to Arunachal Pradesh. The governments of the day had forcefully stated that Tibet was an integral part of China and that India would not allow its soil to be used for anti-China activities. The Dalai Lama was also strictly instructed to confine himself to giving religious discourse and desist from even obliquely referring to Tibet or the invasion of Tibet by China in the early 1950s. The Indian government had, during those past four visits, ensured that the Dalai Lama’s visit did not take on any official colours, contours or connotations.

At the time of the first three visits of the Dalai Lama to Arunachal in 1983, 1997 and 2003, the Congress chief ministers of that state did not receive the Dalai Lama, and access of the national and international media to the Tibetan leader was severely restricted. Minders from the Indian home and foreign ministries kept a constant watch over the Dalai Lama and controlled his visitors. They prevented him from answering questions from the media and even vetted his religious sermons to delete any references to Tibet. In 2009, the then chief minister Dorjee Khandu, a Monpa hailing from Tawang, did receive the Dalai Lama in his hometown, but did so strictly in his personal capacity.

It is starkly different this time around. The present Bharatiya Janata Party (BJP) Chief Minister Pema Khandu, eldest son of Dorjee Khandu, is the official host of the Dalai Lama in his state. Kiren Rijiju, the Union Minister of State for Home Affairs, who also hails from Arunachal, is accompanying the Dalai Lama as a virtual minister-in-waiting. The Indian Army is out in full strength to provide protection to the Dalai Lama who is, for the first time, officially a state guest. Pema Khandu will receive the Dalai Lama in Tawang on Friday (7 April) in his official capacity as the Chief Minister of Arunachal Pradesh. Local army commanders and top police and civil officials of the state have been accompanying the Dalai Lama on his ten-day visit which commenced on Tuesday (4 April). And there are no minders from New Delhi this time to vet the Dalai Lama’s speeches and visitors. This has never happened before.

Prior to commencing his Arunachal tour, the Dalai Lama spent three days in Assam where, too, he was accorded ‘state guest’ status and Assam Chief Minister Sarbananda Sonowal played the host. In what can be interpreted as a bold snub to China, the top brass of the Assam Rifles, India’s oldest paramilitary force, presented a soldier of the force who had escorted the Dalai Lama from the Indo-Tibet border when the latter had escaped from Tibet in 1959. In the presence of Sonowal and other top army, para-military, police and civil administration officers, the Dalai Lama embraced and had an emotional reunion with the soldier. Beijing wouldn’t have been pleased by this move, and the very fact that New Delhi staged this ‘reunion’ under the full glare of the international media was a bold and strong signal in itself to China.

Yes, China has been vociferously protesting the Dalai Lama’s visit to Arunachal this time too. Even as late as yesterday (5 April), Beijing summoned the Indian envoy and warned that the Tibetan leader’s visit would have serious repercussions on Indo-China ties. Over the past few weeks, China has been repeating this message, but New Delhi has disregarded all the bullying and threats by Beijing. Rijiju has very nonchalantly rejected the Chinese warnings and threats and said China should not interfere in India’s internal affairs just as India does not interfere in China’s internal affairs. Coming from a junior minister, that was indeed a bold statement and could not have been made without the approval of and encouragement from the Prime Minister.

What is also significant is that this time, the Dalai Lama himself has responded to Chinese accusations that India was using him to undermine China’s interests. The Dalai Lama rejected Beijing’s claims, praised India’s centuries-old culture and heritage and said while Tibetans want to remain part of China, Beijing has to grant autonomy to Tibetans, desist from suppressing their religious, social and political rights and halt the ecological degradation of Tibet through wanton exploitation of its rich mineral resources and rivers. Never before has the Dalai Lama said all this sitting in Arunachal Pradesh, and there is no doubt he had clearance from top Indian leadership to do so.

The ongoing visit of the Dalai Lama to Arunachal Pradesh, thus, marks the emergence of a confident India vis-a-vis China. An India and its political leadership confident of the country’s strength and status and eager to deal with China as an equal rather than as a subservient nation. The ghost of 1962 has been buried at last.