Every Bengali Loves A Good Bandh 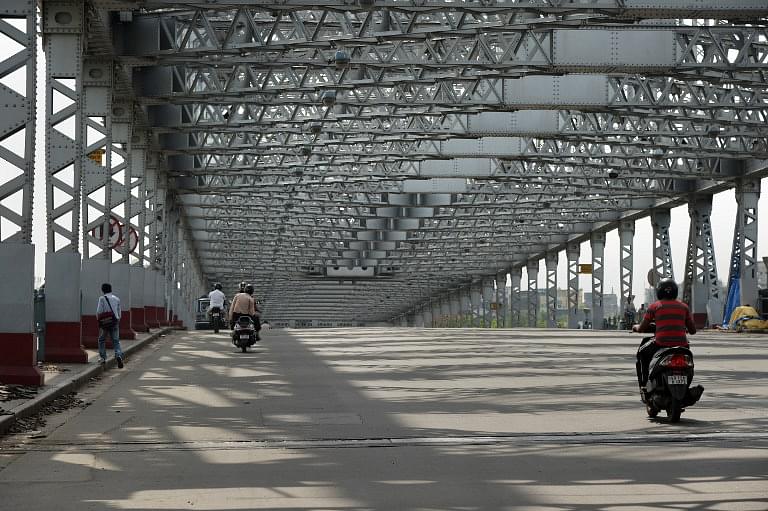 April 30 was a bandh in Bengal, planned carefully to make it a long weekend for the babus, and the timing adjusted so everyone could go to the Eden Gardens to watch IPL!

There are many things, ranging from football to fish, that Bengalis love. But their love for a bandh perhaps overshadows all other passions.

There can be no better news for most Bengalis of Bengal than a bandh called by a political party. An unscheduled and underserved holiday is what the ‘Bangali babu’ loves and looks forward to with even greater relish than ‘ilish maach’ (hilsa). And political parties have never failed to oblige the ‘babumoshais’, with the CPI(M)-led Left Front (LF) deserving most of the credit for calling bands with unfailing regularity during its disastrously long stint in power.

Mamata Banerjee, too, used to call for bandhs at the drop of a hat before she abandoned this senseless form of protest a few years ago. Since she came to power in the state, Bengal has been sparingly visited by bandhs, leaving its babus angry.

Thus, when the Left Front called a bandh on April 30 to protest the large-scale electoral malpractices and rigging of the just-concluded municipal polls in the state, the Bangali babus broke out in silent celebrations. The Almighty (through the atheist Marxists) had, at long last, after a spell of an unbearable 26 long months since the last bandh was called in February 2013, answered the babus’ collective prayers.

And true to tradition, the April 30 bandh was pre-fixed to a holiday and a weekend. Incidentally, all the bandhs that Bengal’s political parties had called over the last four decades were tagged to a public holiday, especially one towards the early or later part of the week to gift the babus a long weekend during which they could indulge in yet another passion of theirs—take a trip to the seaside Digha or Puri and, of late, Mondarmoni.

April 30 was followed by May 1, a public holiday, followed again by the fourth Saturday of the month (and, hence, a government holiday) and then a Sunday. And for the lucky ones, Monday (May 4) would also be a holiday on account of it being Buddha Purnima.

A five-day holiday for the underworked and overfed babus of Bengal!

Off many went to their favourite seaside haunts. The braver ones went to the hills of Darjeeling and Sikkim that had been rocked by quakes and aftershocks last weekend. And the ones who stayed behind simply stayed at home and had ‘maach-bhaat’ (the staple Bengali fish and rice), followed by long afternoon siestas and longer ‘addas’ (gossip).

They (the ones who stayed behind) needn’t have stayed at home. There were enough buses, taxis and auto-rickshaws on the road for the people to commute not only from one end of the city to another, but also to and from Kolkata’s suburbs. The suburban trains ran, albeit with a few interruptions from supporters of the bandh at a few places. The Metro Rail functioned normally.

Anyone who wanted to go to work could have easily done so. But no, most preferred to stay at home. The Trinamool Congress, which had opposed the bandh and tried to forcefully foil it by deploying its goons who forced open many shops, claimed the bandh was a failure and attendance in offices was a normal ‘above 95%’. The reality was different. The few who turned up for work in government offices marked not only themselves, but also many of their colleagues, as ‘present’ in the attendance registers (they were surely promised a rasogolla the next working day for their ‘good work’ by those who remained away). That’s why all government offices wore a deserted look on the day of the bandh despite the ‘normal’ attendance.

The ones who had taken the trouble to come had their customary cups of tea that punctuated their long ‘addas’ on topics ranging from the Nepal earthquake to Obama’s healthcare policies before deciding they had ‘worked’ enough and went home (or wherever they had to go) around afternoon.

But why blame sarkari babus only. While most private offices remained closed, the ones that were open reported low attendance. Even the IT and ITeS companies had below-normal attendance. Most shops and business establishments remained closed. Not because their owners feared that they would be targeted for defying the bandh, but because they themselves preferred to forego a day’s business and earnings for the pleasure of staying at home on the day of a bandh.

Come to think of it, working on a bandh day when all the Ghoshes and Boses and Chatterjees and Mukherjees were eating and chatting and sleeping is simply not done. Not in Bengal, anyway.

But there was one exception to all this—the IPL match at the Eden Gardens on April 30 evening. Even as they stayed away from work, Kolkatans made their way to the stadium during the day to purchase tickets. So large were the crowds of ticket-seekers that the mounted police had to be deployed to maintain order.

And later on in the evening, the stadium was packed with 67,000 KKR fans. When it came to going to the stadium to buy tickets and, later, to watch the match, the Bangali babu and his cricket-crazy son (wannabe Sourav Gangulys, most of them) simply braved the bandh. They wouldn’t do it to go to work or to school/college.

In fact, the bandh was originally scheduled for 24 hours, but its duration was halved by the Marxists immediately after they received a request from the Cricket Association Of Bengal (CAB) to do so. Had the match been scheduled for daytime, the Marxists would not have called a bandh that day or would have kept it outside the purview of the bandh. After all, nothing can come in between the Bengali and cricket. Or in between the Bengali and football, fish, siesta, adda and the umpteen other useless pursuits of the Bengalis of Bengal.

April 30 proved, if any proof was needed at all, that the Bengalis of Bengal find work to be a drudgery that’s best avoided. And a bandh is a good reason, and excuse, to avoid work. That work culture is missing from Bengal is too well-known to be repeated here. What is sad is that there is no indication that this will change.

And as long this remains the case, Bengal will not progress. But then, a babumoshai would argue that Bengal is known for its art and culture. Who needs work culture then?