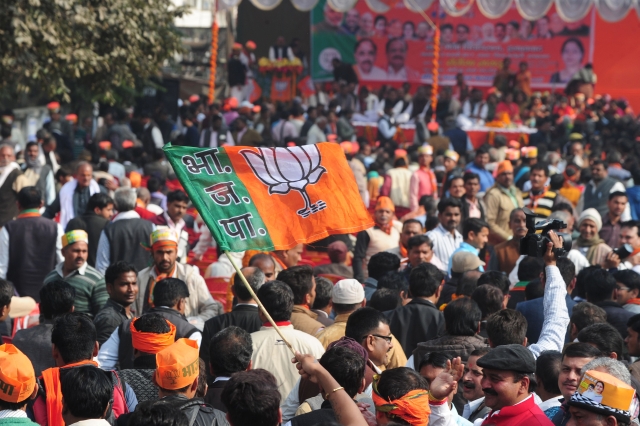 Even while the pundits try and figure out why the Bharatiya Janata Party (BJP) lost three states in the Hindi belt, one may find that the traditional answers may not be fully satisfactory. We can conclude that Rajasthan always alternates between Congress and BJP, and so the turfing out of Vasundhara Raje is not a surprise. We can also surmise that both Shivraj Singh Chauhan and Raman Singh have been around for 15 years, and so voters wanted to see some new faces at work.

Then, there is “rural distress” to explain what otherwise looks like a whimsical voter decision to throw out leaders who were far from unpopular in their states. But when you look at the results in hotly contested Madhya Pradesh, the Congress’ share of rural seats won was 53 per cent, while both shared honours in urban seats.

What needs explanation is why, despite relatively solid economic performance on most parameters barring rural income growth, all three states voted for change.

Harish Damodaran, writing in The Indian Express, points out that in terms of assets built since 2015-16, all three states – MP, Chhattisgarh ad Rajasthan – outperformed. Take rural houses built under the Pradhan Mantri Awas Yojana: these three states accounted for 27 per cent of the country’s total. The number of rural habitations without pucca roads, in villages with at least 250 people, has fallen drastically 50-60 per cent of the total before the advent of Narendra Modi to 4-11 per cent in the three states. LPG penetration, including those under the Ujjwala scheme, is over 70 per cent in all three states, and 95 per cent in Rajasthan. In terms of households without electricity, the figures are now almost zero for MP and Chhattisgarh, and under 5 per cent for Rajasthan. Household toilet penetration is 100 per cent in all three states.

All of this, along with other achievements, should constitute solid economic performance, but it does not seem to have mattered much to rural voters. Ruchir Sharma, author of The Rise and Fall of Nations, wrote in The Times of India last year “there is no connection between politics and economics” in India, and “in this decade…. voters have switched back to their default mode of throwing out the incumbents, almost regardless of their economic performance.”

Damodaran suggests that if voters, despite decent performance under the Modi tenure in terms of rural asset creation, still ended up turfing the incumbents out, the explanation must be sought in the reality of stagnant rural incomes since 2014-15, compared to the previous five years of the United Progressive Alliance (UPA). This stagnation was visible in the slower rise in wholesale food and non-food prices under National Democratic Alliance (NDA) (2.75 per cent and 0.76 per cent under NDA compared to 12.26 per cent and 11 per cent under UPA before adjusting for inflation), and flat rural wage growth of 5.2 per cent, just marginally above the rural retail inflation rate of 4.9 per cent.

One can assume that this was the result of two years of sub-normal monsoon in the first two years of NDA under Modi, followed by one good agricultural year in 2016-17, which was partly neutralised by the disruption of demonetisation towards the end. This aggravated rural distress at a time when it was on the mend, as cash went short in calendar 2017. Barring the own-goal of demonetisation, the NDA’s rural record was nowhere the result of state action or inaction. The rural population is otherwise used to natural disruptions.

On the other hand, the farm sector has been given over Rs 1.5 lakh crore of loan waivers during the last four years by BJP and non-BJP governments, minimum support prices have been hiked significantly this year, and the crop insurance scheme has never been better. These should count as gains that at least partially offset the rural income stagnation.

What then has changed? There is probably one additional factor at play in this: rising aspirations. Rural aspirations are probably not any lesser than urban ones today. A World Bank study showed that around 55 per cent of India has “urban-like features”, which basically means that beyond the 31 per cent of habitations that are formally designated as urban, another 24-25 per cent of the population now lives in urban-like areas, with urban-like aspirations. The gap between rural and urban aspirations is narrowing, and in the age of the Rs 49 monthly data plan, which is less than a day’s MGNREGA wage, rising access to the mobile internet will soon close even this nominal gap between rural and urban aspirations.

What this means for politics is this: politicians will find it tougher to retain voters’ allegiance despite better performance. This may be good news for Rahul Gandhi, for no matter how Modi performs, there will always be some degree of dissatisfaction with his performance among large sections of voters.

The age of the pro-incumbency vote that kept so many performing CMs in power for so long may be ending. The BJP’s losses in three Hindi-belt states is one pointer to this reality.