Fighting Covid-19: Why Next Week Is Crucial For Gujarat 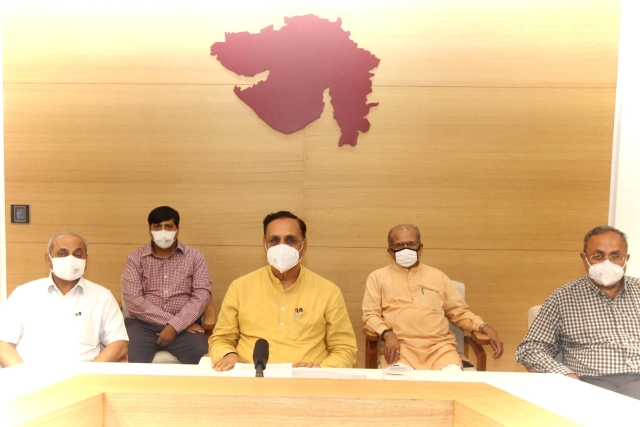 Sunday 14 June is a key timestep in Gujarat’s battle against the Wuhan Virus, since the following week will materially determine whether the state is finally able to tame the pestilence or not.

As the data shows, Gujarat is presently on the cusp: cases have not risen alarmingly, but positivity has not declined either.

This means that Ahmedabad – where the bulk of the state’s cases are located, is fluctuating in a thin band between infection spread and containment.

The inference is that if Gujarat can increase testing rates in the immediate future (48-72 hours), isolation of hotspots can be done more efficiently, thereby limiting further transmission.

This is heartening because of three allied reasons: there is no community transmission, recovery rates are up to a commendable 69 per cent, and growth rates of fresh cases in the old, walled city area of Ahmedabad are dropping.

This intensity of localisation is clearly seen in the wide disparity of case numbers between Ahmedabad (16306 total) and its twin, Gandhinagar (459 total; just 170 currently active). Also, if Ahmedabad can be brought under control, it would free up vital resources to tackle the other festering clusters in Vadodara and Surat.

To put matters in perspective, and offer a relative scale of the problem, the Greater Kolkata area has 2874 active cases with a growth rate nearly as bad as Delhi (22742 active cases), while the active case count in Ahmedabad is 3768 on a far lower growth trend. What this means is that concerted, additional efforts by Gujarat over the coming week can ameliorate the situation with welcome finality.

This is best explained by a logarithmic plot of daily cases versus cumulative cases:

As we see, the state’s efforts had successfully slowed epidemic growth rates till the end of May, forcing the yellow line to cut across exponential trends. Unfortunately, it is at this inflexion point that the spillage of cases out of the walled city area of Ahmedabad began to manifest itself. This forced the curve to rise exponentially, and start to follow the blue, dashed exponent line instead of cutting across it.

Now, the instantaneous, or current, doubling time may therefore be above forty days, but testing capacity in Gujarat has not risen commensurate with the threat at hand.

As can be noted, while daily testing rates in Gujarat (the broad, pink line) have risen since mid-May, they are yet to rise to even the low band of Andhra Pradesh’s levels. On the contrary, Kerala, which had been testing anemically for months, has managed to ramp up in just a week, and looks set to come even with current Gujarat levels this week. Similarly, if Gujarat is testing above Delhi levels, it is not a measure of enhanced testing capacities in Gujarat, but a decline in Delhi testing rates.

The net result is that this has led to positivity (the ratio of positive cases to total samples tested) staying put around the 8 percent band in Gujarat, without declining.

While Gujarat positivity trends (the broad, pink line again) are mercifully unlike those of Maharashtra, Tamil Nadu or Delhi, their flatlining at such a high positivity level (8 per cent) demonstrates that the state is on the cusp.

Also, reading to the right on the X-axis, it is seen that the extent of population covered (tests per million) is half of what it should have been. The only saving grace here is that the Gujarat numbers are visually skewed; since the bulk of the testing is actually happening in Ahmedabad, where the largest cluster by far is located, the tests per million figures for the city itself are much more.

But the number of samples tested per day is lower. This too leads to the inference that Gujarat, and Ahmedabad city in particular, are on the cusp.

This gap in capacity to identify vectors, therefore, retains the inherent risk of undoing the valiant efforts of the preceding three months. But it need not come to that, if focus can be applied on a war footing, to ensuring that at least double as many samples are collected and analysed daily.

Gujarat can do this.

Thus, the coming week will determine whether Gujarat can finally start breathing easy or not, and that will be decided by how heavily testing is ramped up in this period.