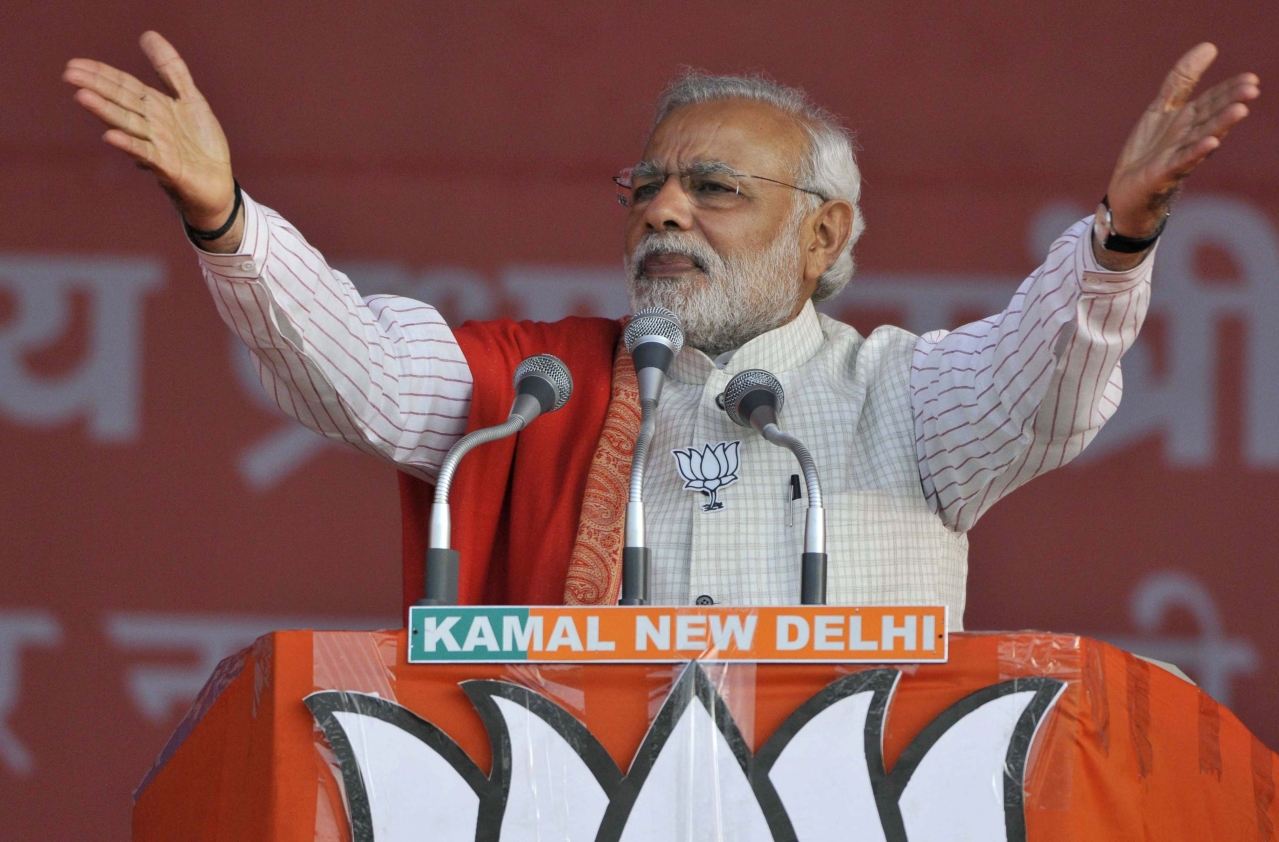 Forty-six per cent—that’s the vote share that the Prime Minister Narendra Modi-led National Democratic Alliance (NDA) has clocked in the 2019 Lok Sabha elections. When the Bharatiya Janata Party (BJP) won in 2014 with 31 per centvote share for itself and about 8 per cent for its allies, it was subjected to incessant mocking about not having a majority. Never mind that no party had touched 40 per centvote share since the 1984 election.

PM Modi and the BJP President Amit Shah seem to have remediated this complaint their detractors had. 46 per centis a historic number, doubly so in a re-election. The only leaders who have breached this figure in independent India were Jawahar Lal Nehru back in 1957 and Rajiv Gandhi in 1984.

Nehru led Congress to a win with a 47.8 per centvote share. But there’s a key difference between then and now—Nehru faced virtually no opposition in 1957. Modi was up against the most vicious and personal hate-mongering campaign by the opposition, ably supported by those who are part of the Khan Market consensus. Rajiv’s historic election came up right after the assassination of Indira Gandhi—much of that vote share was due to the ‘sympathy vote’.

This is what Indian election winners have clocked over the years. 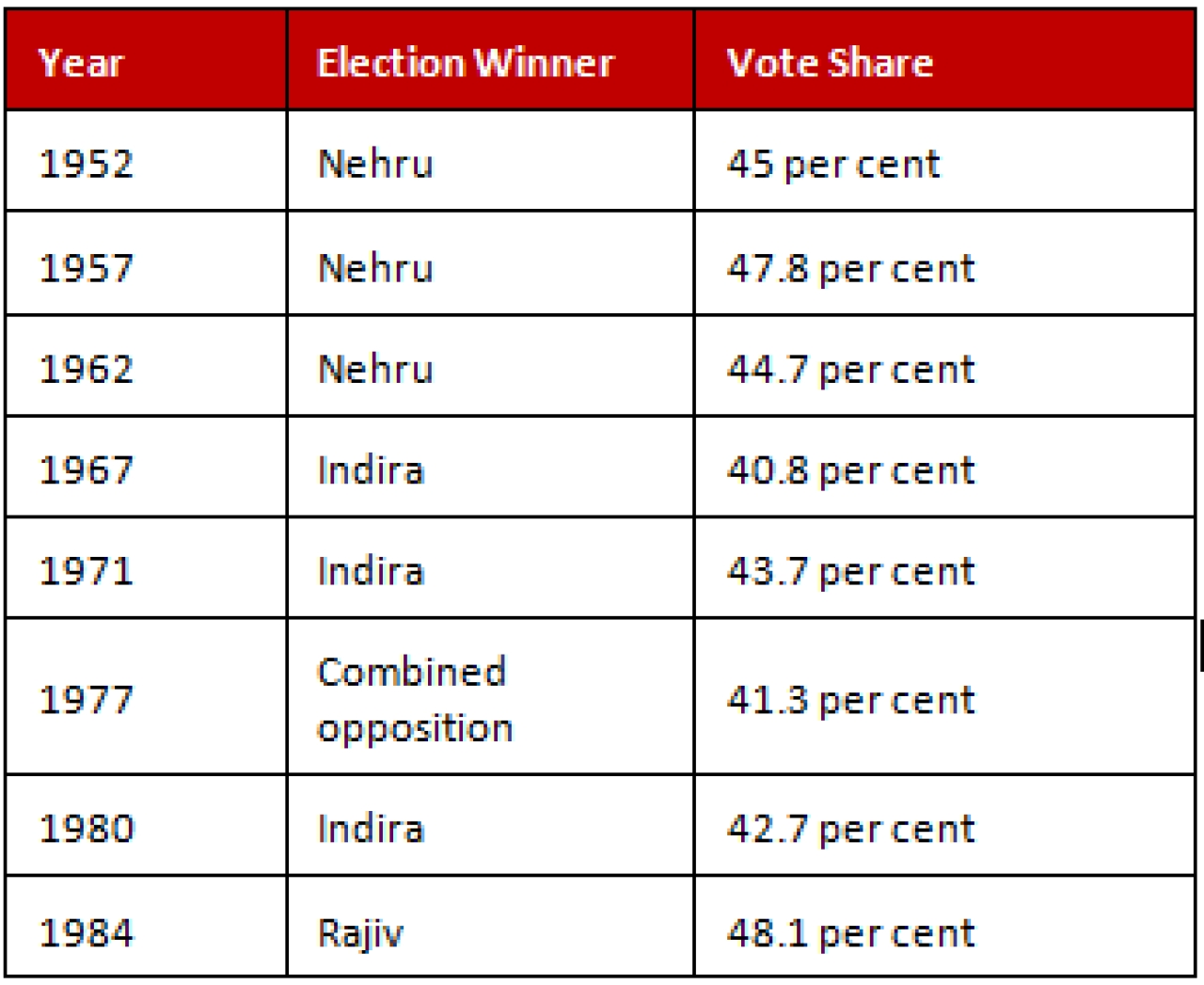 Vote share for election winners over the years in independent India

No party has ever got 50 per cent vote share in India’s first-past-the-post (FPTP), multi-party system. Modi and Shah almost got there. The NDA got the following vote share in various states. 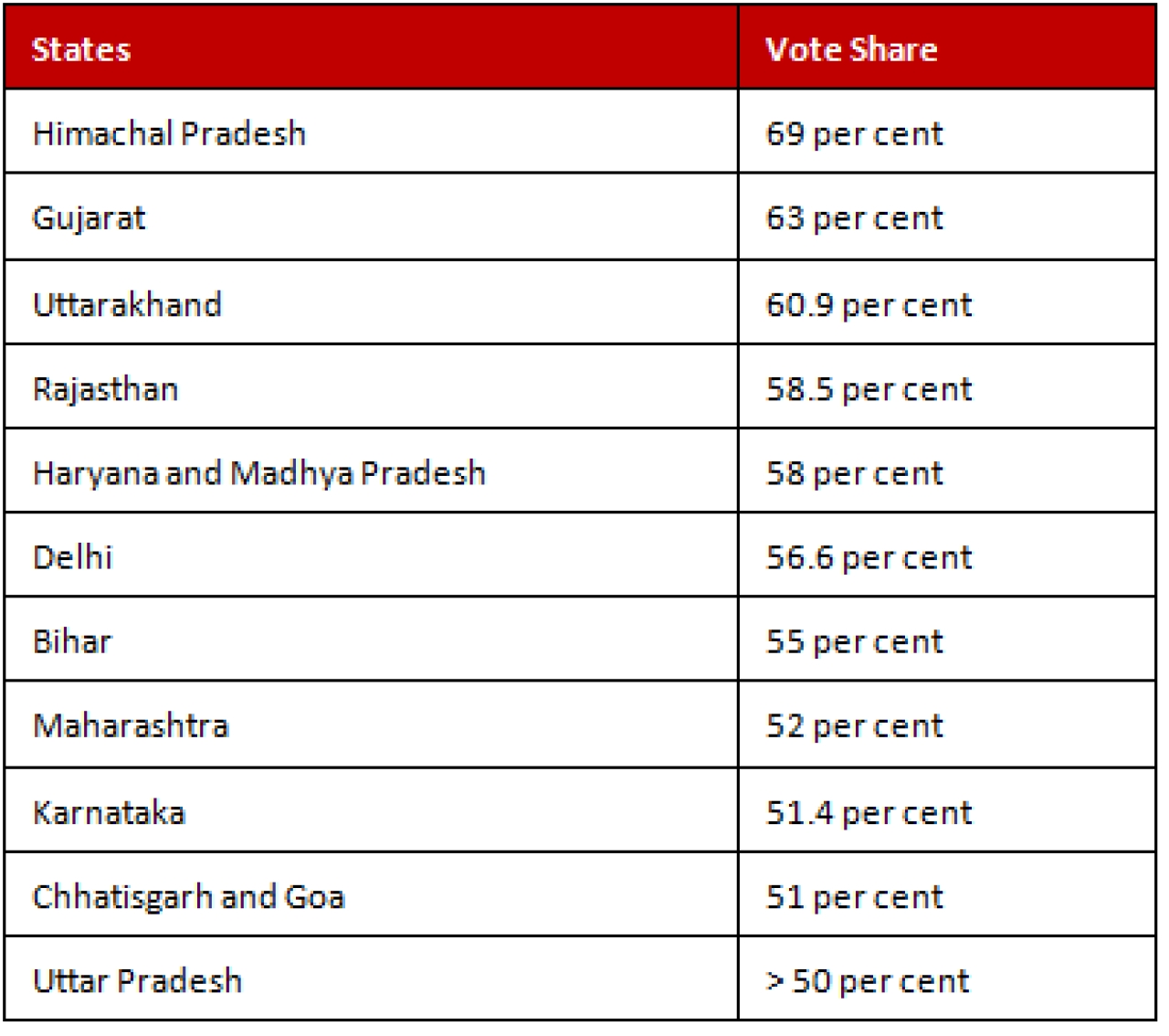 There should not be any complaining op-eds this time ruing how Narendra Modi has misused the FPTP system.

Narendra Modi not only has the mandate to run India, it is also historically the most significant mandate, won purely on the merit of his work and in the face of a rampaging opposition. In 2019, Narendra Modi has emerged as the tallest politician of free India. A pro-incumbency verdict in the era of electronic voting machines (EVMs) is a rarity. As per psephologists, ever since EVMs have begun to be used, in 90 per cent of elections, the incumbent gets ousted. To win at this staggering scale truly makes the 2019 verdict special.

There are five key messages from this election.

Firstly, it is possible to talk development and win elections. Although the election campaign had a mix of messages, every Modi rally focused in large parts on his pro-poor development schemes. Media may or may not have covered these sections with the same gusto as they covered Balakot, nationalism, and Modi’s temple visits.

However, the operative word of any election analysis is likely to be labharthi – beneficiaries of Modi’s quality-of-life improvement programs across the country. A section of Modi detractors – some even from the so-called “right wing” – kept claiming for five years that vikas was bakwas. Today should mark a day for introspection on the significance of the development narrative.

Secondly, an average Indian voter likes and loves India. The achievements of this country on security, scientific progress, foreign policy, armed conflicts, and eliminating terrorism are collective achievements. The government of the day can take credit and that’s completely fine. When Rakesh Sharma said ‘Sarejahan se accha, Hindustan hamara’ from his Soyuz T-11, no one begrudged Indira Gandhi’s presence at the other end. When Pokhran-II was conducted, the smiling signs of victory came from Dr APJ Abdul Kalam and Atal Bihari Vajpayee alike.

An opposition that sat on dharna with those who allegedly wanted to break India or questioned the Balakot strikes, wasn’t going to endear itself to people of those states that regularly receive coffins. Nor were people going to look kindly towards Indian intellectuals who argue that stone-pelters and terrorists have human rights higher than the Indian armed forces. The chance, that political commentators accept that to an overwhelming majority of Indians their love for India is non-negotiable, is low. But there’s no better day to make a start.

Thirdly, for the first time ever, India has witnessed a casteless election. In Uttar Pradesh (UP), where a united mahagathbandhan took on the BJP, it appears that the party stood the arithmetic onslaught with ease. The BJP is on course to win 62 seats, a loss of just 9 seats from its 2014 tally. The opposition had pinned its hope on a BJP meltdown in UP. What they got instead was a significantly high BJP vote share and a handful of wins in mostly minority-dominated seats.

In Maharashtra—where the Marathas constitute 30 per cent of the population— or in Haryana—where Jats are 30 per cent and are supposed to be anti-BJP—the BJP has crossed 50 per cent vote share with ease. Modi has breached India’s caste fault lines— something no other politician can claim to have done in Indian elections.

In his victory speech, Modi clearly said that India had only two castes—those who are poor and those who are helping the poor shed that tag.

Fourthly, Indian elections will be fought on specific names in the foreseeable future. Opposition cannot expect to not name alternatives and dislodge an incumbent. Just saying that the incumbent has flaws is no longer acceptable. What the challenger will do to change the situation is what’s going to count. And once a challenger has been identified, their relative stature will come into play.

None of this is actually new. Until Rajiv Gandhi’s death and when Atal-Advani pair led the BJP, the leadership of the potential winner was generally known. At least the top names were known. Only with the United Progressive Alliance (UPA), the leadership took a backseat. The media portrayal of this situation since then has been to claim that leadership is a non-issue in Indian politics. Nothing can be further from the truth.

Leaders matter, individual names matter—if they did not, the governments could have been run by pre-programmed excel sheets with think-tank experts operating them!

The Indian voter is not impressed with the same people saying the same things over years. The opposition needs to find new names that are both credible and not the torchbearers of family legacy. It appears to be a tall order for now.

Language of Indian politics has changed

The 2019 Lok Sabha election should ideally change the language of Indian politics. Results oriented development and non-negotiable nationalism should take centre-stage in Delhi’s discourse. The opposition first needs to find a cure for its Modi Derangement Syndrome before it can either challenge the BJP on this agenda or mount a better, different public narrative.

It’s a new game now. The rules have changed but the opposition outlook hasn’t. It’s an uphill climb for anyone wishing to dislodge or discredit Narendra Modi.

Get Swarajya in your inbox everyday. Subscribe here.
Tags:
395 Shares