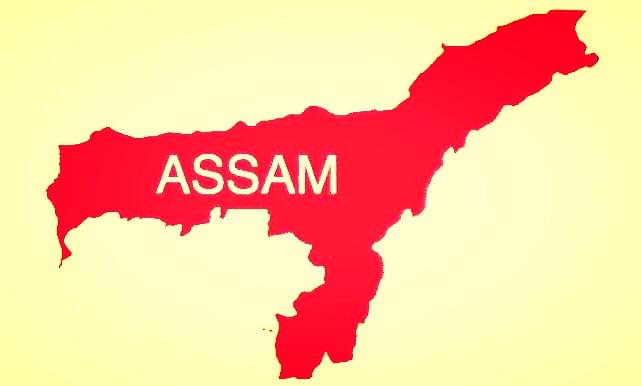 The state of Assam.

The publication of the first list of Assam’s National Register of Citizens (NRC) is an essential step in identifying illegal immigrants from Bangladesh, but it is not going to help in the long run. Reason: we have not thought through the issue strategically, in terms of the even more essential next steps and supportive measures needed to make the exercise worthwhile.

The first list, which reportedly has 1.4 crore exclusions from among those who applied to be counted as Assamese (and, hence, Indian) citizens as on the cutoff date in March 1971, will surely expand when newer, updated lists are published by the end of this year; and even after the final one is published, there will be court challenges by the excluded who may claim that the entire process was unfair to them. The fact that one person whose name was excluded allegedly committed suicide on finding himself out of the first list shows the potential for future legal action by human rights activists.

The NRC process is a necessary first step, but does not by itself make it possible for the state to deport illegals, as major legal lacunae and political minefields remain. This because our politicians see illegal migrants as vote banks, and hence have found no common ground for making laws that are realistic and workable.

Among the serious roadblocks and loopholes which may render the NRC list non-actionable or meaningless are the following:

One, we have absolutely no deal with Bangladesh to deport any illegal immigrant, since the latter has not even acknowledged formally that its citizens may be sneaking across to India. Without such an acknowledgement, there is no way India can push detected illegals across the border. Even if we push a few thousand of them, they will be back by wriggling under another fence after bribing the border guards.

Two, we have still not made a clear distinction between illegal immigrants who were forced to come to India due to religious discrimination (which basically means Hindus and the Chakmas), and those who have come over purely for economic reasons (mostly Muslims, but includes some Hindus as well). The National Democratic Alliance (NDA) government has been unable to pass even basic changes to the Citizenship Act, which would have allowed India to fast-track citizenships for the mostly Hindu victims of ethnic cleansing in Pakistan and Bangladesh. As always, India’s phony ‘secularists’ sprang into action to claim that the bill should accord equal treatment to all kinds of refugees, and not just those who can logically be assumed to be oppressed in our neighbouring Muslim-majority countries.

The bill to amend the Citizenship Act, 1955, sought to make “illegal migrants who are Hindus, Sikhs, Buddhists, Jains, Parsis and Christians from Afghanistan, Bangladesh and Pakistan, eligible for citizenship”, says a summary on the PRS Legislative Research website. “Under the Act, one of the requirements for citizenship by naturalisation is that the applicant must have resided in India during the last 12 months, and for 11 of the previous 14 years. The Bill relaxes this 11-year requirement to six years for persons belonging to the same six religions and three countries. The Bill provides that the registration of Overseas Citizen of India cardholders may be cancelled if they violate any law.”

The point to note is this: you cannot solve the problem of illegal Bangladeshi immigrants without sorting out the issue of their religion, which essentially is shorthand for religious persecution by our Islamic neighbours. If Assam is going to deport illegal Hindu migrants, who were surely persecuted and intimidated in Bangladesh, but cannot always prove this in each and every case, then we are going to do them an injustice. We clearly need the amendment act as of yesterday. Millions of persecuted Hindus are today stateless due to this callous attitude on our part in the name of secularism.

According to Dhaka University professor Abul Barkat, between 1964 and 2013, over 11 million Hindus left Bangladesh, for a daily exodus rate of 632. If this rate continues, there will be no Hindu left in 30 years. It would be a travesty if Hindu-majority India decides to make them stateless, on the ground that deporting illegals means treating persecuted Hindus on a par with Muslim economic refugees from Bangladesh.

Three, it does not make sense to make the NRC list applicable only to Assamese residents. The reality is that many illegals have now moved to many other cities, including Delhi, Mumbai, Bengaluru and even some parts of Kerala. They may have gotten into electoral rolls, thanks to local vote bank politics. If someone whose name is erased from the NRC in Assam happily moves to Bengaluru or even Kolkata and gets himself or herself back onto a voters’ list, it will make the Assam part of the exercise meaningless. To be effective, the NRC process must be followed through in the other states, too, and Aadhaar must be used effectively to ensure that someone struck off the rolls in Assam does not surface in Kolkata or Delhi.

Four, the exclusion of illegals from the NRC ignores the reality of their children who may have been born in India, and hence legally eligible for Indian citizenship by birth. If a child can’t be deported, can you deport the parents? Which human rights lawyer will not salivate at the prospect of receiving such cases to defend? Clearly, there is a legal loophole here that needs plugging.

Five, it is nearly impossible to evict illegals who have woven themselves into the warp and weft of economic and political activity in a country. The US can build walls and adopt more aggressive postures to prevent Mexicans from streaming across the border, but illegal Hispanic labour is vital to the economies of many southern US states, including Texas and California, and they have huge political support as current or future vote banks for the Democratic party.

In India, illegal immigrants are vote banks for Congress and the Left in Assam and West Bengal, and also in pockets of assembly constituencies in some of the major metros where they are encamped. Deporting them has economic consequences and will be politically tough.

It is worth recalling that when the Shiv Sena-Bharatiya Janata Party (B)JP government in Maharashtra tried to deport illegal Bangladeshis in 1998, the West Bengal government under the Left Front effectively politicised and sabotaged it. Trains sent with alleged illegals for deportation through the West Bengal border were waylaid and the refugees released. The situation will be no different today, with all “secular” parties likely to band together against any deportation, if at all it is attempted. Who knows, even the BJP may find that offering protection to illegals may give it a small edge in 2019.

The only logical and sensible way to proceed in the matter of illegal immigrants is make changes in the law, and get Bangladesh on board to admit that at least some of the illegals are its citizens. It will probably never admit to persecuting Hindus.

The key changes required are the following:

#1: All illegals identified will be struck off electoral rolls, but can remain in India with work permits, which can be renewed annually, based on behaviour. Work permits can be given for those whom Bangladesh identifies as its citizens. The rest should be permanently off the electoral rolls, since they anyway can’t be deported.

#2: All illegals staying on should be asked to sign a legal pledge that they will not participate in political, anti-India or religious conversion activities, and any infringement means deportation. If no deportation is possible due to non-cooperation by Bangladesh, they can be detained in fenced colonies as non-citizens with reduced rights.

#3: Giving citizenship to Hindu victims of genocide, ethnic cleansing or forced conversion in Pakistan and Bangladesh can easily be made effective by changing the wordings in the Citizenship (Amendment) Act, 2016, to say that minority communities in our neighbourhood will be eligible for fast-track citizenship and/or permanent residency if they face violence, persecution, harassment or intimidation. This neutral definition – instead specifically mentioning only Hindus, Jains, etc – will pass the test of fairness, and the actual discretion of letting in more Hindus can be exercised at the level of bureaucratic rules, where the presumption of persecution can be more easily upheld in the case of Hindus, Sikhs, Buddhists, Jains, Parsis and Christians. Those who don’t fall in these categories – like the Rohingyas of Myanmar or Ahmaddiyas in Pakistan – can be put in a special category, where they can be temporarily placed in camps and given basic refugee amenities, but not citizenship. They can be residents with United Nations financial support, and the presumption would be that they will return to Pakistan or Bangladesh or Myanmar once conditions improve. We need a humane, yet strategic law.

Liberals have to understand a practical reality: India is the only country that can guarantee the rights of Indic religious minorities. They have to be given preference for asylum. Muslims, Christians and others have scores of Islamic and Christian countries to seek refuge in. The mere fact that plural India does not discriminate on the basis of religion does not mean that we become a refuge for all persecuted minorities elsewhere – something that creates demographic pressures in local communities, as has happened in Assam.