FM Sitharaman Primarily Intends To Raise Capital: Judge Her Budget From That Angle 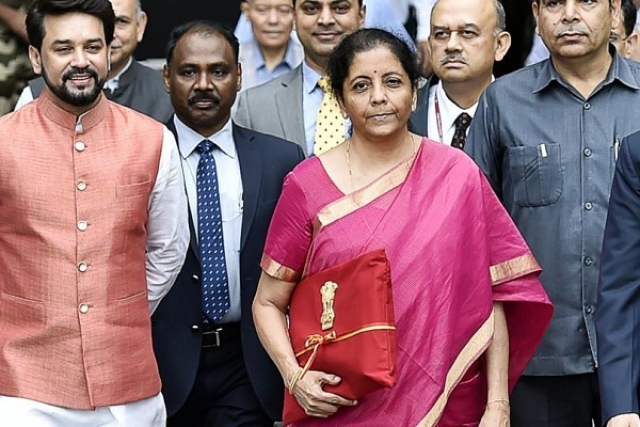 Too many commentaries on India’s budget get locked into expectations of an overarching government to control the economy. Such expectations for a $2.7 trillion economy are absurd. An economy of this size is difficult to accelerate or slow down by any government, no matter how well intentioned. The government can only hope to provide what can be called the support services to keep the economy running fine.

This implies, the correct way to analyse the budget is to figure out if this support service has been provided or not. In the first budget of the National Democratic Alliance (NDA) government 2.0, Finance Minister Nirmala Sitharaman has taken as her support service that of providing additional capital to make the economy function better. The budget should be understood in terms of how best it has done that role.

Why should a mega economy like India be so short of capital? The answer is because it has spent it like fireworks on a good autumn evening for the past few decades. It has often been deployed in building assets that are not required — Air India, or even where it was on required projects where the returns demanded have been weak — BSNL. So, with productivity at a massive low, while investment did rise, the capital yielded little returns.

There have been exceptions, of course — like National Thermal Power Corporation (NTPC). The services sector has also been often frugal. But it has been a dismal tale in most other cases. Remember that the dramatic strictures of the Comptroller and Auditor General (CAG) for the past decade have often been on money being burnt on projects from gas fields to coal mines, and recently on earmarked but unused funds for secondary and higher education or the “Campa funds” for afforestation and so on, but without generating commensurate returns.

The Indian economy now suffers the after-effect of such mega spending. There is a disconcerting drop in savings from both households and the private sector — the government sector is traditionally a dis-saver. As a result, gross fixed capital formation at current prices has declined to 27.9 per cent in the fourth quarter of 2018-19.

The drop in savings within the private sector is visible most starkly when one sees the number of industrial groups lined up before and inside the bankruptcy courts. They are there because the banks have begun to pull back their capital, faced with the mountain of Non-Performing Assets (NPAs) from those capital guzzlers.

In these circumstances, the only recourse left was household savings. But this too has begun to decline since about 2011-12 when it was 23.6 per cent of Gross Domestic Product (GDP). It was just 17.2 per cent in 2017-18.

So, Finance Minister Nirmala Sitharaman went with a clear agenda to Parliament on Friday. She has laid out what this government believes is an attractive story to make investors mostly from abroad, come in. For this, she needed to assure investors that the government has no intention of spending like it had done for decades. It has indeed begun to be fiscally restrained for the past few years, but it takes a long time for the rating agencies to be convinced that it will continue to do so.

International economic literature has plenty of evidence of major economies pulling back from the fiscally prudent path. Foreign money is skittish and nothing scares it more than the spectre of a spendthrift government that leads to a wildly fluctuating currency.

She has, therefore, presented her determination to keep the fiscal deficit to 3.3 per cent of GDP in 2019-20, an improvement even above the conservative 3.4 per cent projected in the interim budget. Experts are divided on this number. Her own data on extra budgetary resources (presented for the first time with budget data) shows there will be an additional liability of 0.27 per cent in this financial year. This makes the fiscal deficit 3.57 per cent.

In addition, if one assumes that the economy will grow at less than the projected nominal 12 per cent this year, that would make the fiscal deficit even larger. If that sounds imprudent, do remember that later this year, she will have to budget for an enhanced allocation to the states through the award of the 15th Finance Commission from the same resources that is available now.

There is clearly a problem here. But she has shown that she is aware of the scale of the challenge by refusing to raise the level of expenditure beyond the projections of the interim budget. Many reviews had asked for throwing fiscal rules to the wind and going for broke. By eschewing that route, she has shown the investors that their money will be safe with her.

She could have made her life easier by raising taxes. In a global economy where the growth impulses are clearly slowing, her options to raise taxes without cutting back on consumption and, therefore, growth in the economy were limited. Remember, the tale of the elephant she narrated, explaining her predicament.

The only alternative then is to raise money from non-tax sources. Two key options here are monetising the land resources of the government and selling stakes in state-run enterprises. Those also make sense as it is an evidence of the government’s willingness to pull itself out of the running of the economy.

Till last year, this government had been doing sham disinvestment by selling PSUs to each other and milking them of money. Strategic disinvestment, as she has announced, will not walk that route and instead be an outright sale to private entities. But can these sales be to domestic entities when they have run short of capital and banks are unwilling to lend to them? Again, the answer is foreign capital. This has already begun to happen for big private sector assets — such as Arcelor Mittal’s bid for Essar.

The budget is littered with plans to rope in capital from domestic but mostly foreign entities including raising of limits for foreign portfolio investors (FPI) in companies, merging Non Resident Indian (NRI) portfolio investment schemes with FPI windows, plans for global investors meet, higher Foreign Direct Investment (FDI) in aviation, insurance and media and so on. There is also a plan to hive off the New Pension Scheme trust from the regulator, Pension Fund Regulatory and Development Authority (PFDRA), to be hawked to a bidder later.

Within this canvas, the budget did not offer space to get drawn into other areas, even though there are competing demands, like those in agriculture. Sitharaman’s first budget has to be judged on how well she was able to draw in capital and whether this was primarily the biggest challenge for the Indian economy in 2019-20.