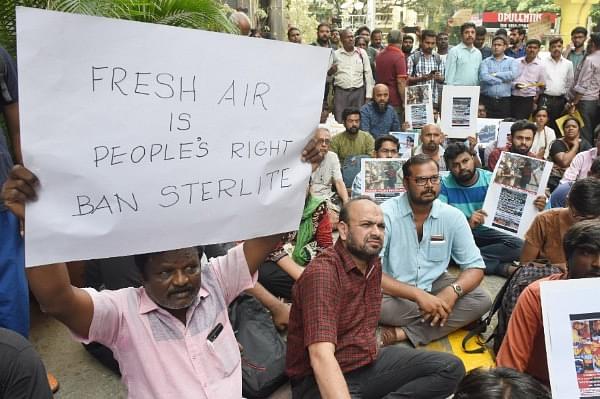 On 23 September, the Rajya Sabha passed the amendments to the Foreign Contribution (Regulation) Act (FCRA). These amendments were earlier passed by the Lok Sabha a couple of days before the Bill went to the upper house of the Parliament. The law now awaits Presidential assent.

Several provisions to the FCRA laws have been amended. No public servant can now receive foreign contributions. Once received, the foreign contributions cannot be transferred to any other person or entity and are to be used by the original recipient only. Aadhar will be mandatory for all officials of the recipient organisation. The foreign contributions can be spent on administrative purposes, but the limit is down from 50 per cent to 20 per cent now. Permissions granted for receiving foreign funds may not be automatically renewed and in fact the government can now investigate the purpose and the functioning of the recipient organisation.

Predictably, these changes have caused furore. Civil society activists, many of them beneficiaries of the FCRA regime, have dubbed these changes against civil society and an attempt to curb dissent. The supporters of the changes have on the other hand celebrated this move, mostly linking it to reduced proselytisation going forward. Religious institutions have been a major beneficiary of the FCRA contributions over the years.

But there is another angle to the FCRA changes and it has not been discussed in the media in any detail. This pertains to the link between activism and its economic consequences. Of late, India has witnessed a growth in activism against large projects especially in the sectors like infrastructure and mining. Using environmental concerns as the raison d'être, social activism has led to long delays or even permanent shutdowns of several projects of national importance.

It has long been suspected that projects in the area of nuclear power, mining, transportation, oil refineries, coal power generation, dams and hydro power generation and river interlinking have been on the radar of activists. While environmental concerns are not to be rubbished, the funding network for some of the activism has been under question, including formally by the security agencies.

Are foreign firms funding activists to stop these projects? Who are the donors and individuals who sit on the board of donor organisations? Do these individuals have any vested commercial interests in the same area of operations as the Indian projects being opposed by their local beneficiaries? These are the questions whose answers will need simplifying webs of complex, interconnected financial transactions. Nonetheless, the anecdotes themselves are quite interesting.

In November 2019, The Print reported how shutting down Sterlite Copper’s Thoothukudi plant turned India from a copper exporter to a copper importing nation in just two years. In June 2014, The Times of India reported that a non-government organisation (NGO) funded via Dutch sources, was trying to stop oil drilling in Manipur. This report quoted Intelligence Bureau officials who noted that such protests have a negative impact on Indian gross domestic product (GDP).

The Kudankulam nuclear power plant faced big protests between 2011 and 2013. This Indo-Russian collaboration project was signed by then Prime Minister (PM) Rajiv Gandhi and Soviet President Mikhail Gorbachev in 1988 but the construction began only in 2000 under the Vajpayee government. The first part of the project was dedicated to the nation by PM Narendra Modi, Russian President Vladimir Putin and then Tamil Nadu Chief Minister Jayalalithaa in August 2016. The much-delayed project had a cost overrun of Rs 4,000 crores.

The Kudankulam protestors have denied charges of any foreign funding, re-routing of foreign funds for any activism or any vested interests. In fact, the organisation spearheading protests had rubbished the 2014 Intelligence Bureau report as malicious. Irrespective of who funded the protests, what is true is that the project delay led to a few years of poor power availability in India’s premier industrial state.

There is no doubt that the governments at various levels can do a much better job of taking into confidence local communities whose concerns are basic, operational and generally valid when it comes to some of these large projects. However, local communities are usually not in a position to mount the type of large, concerted and long-standing protests which have been in the past associated with some of these marquee projects.

The costs of development have to be calibrated, but so must be the opposition to development.

All these protests pertain to areas of big corporate interests; business areas where the interests and roles of the transnational corporations and the governments of their country of origin converge. So while no direct corporate connection has been established in any of these events, the end outcomes were however consistent. The Indian industry was set back by a few years, local technology did not develop, India became reliant on imports and firms from other countries benefited.

In 2017, India drew flak in a United Nations Human Rights Council ‘peer review’ for the controls placed in the FCRA law, first promulgated in 2010 under the Manmohan Singh government. No doubt the current 2020 amendments will lead to even louder opposition in international forums in the coming years.

In the last few years, the government has cancelled FCRA licenses of more than 19,000 NGOs. Will the new norms lead to fewer renewals of FCRA approvals? Time will tell. It will be interesting to monitor the level and extent of corporate activism once the 2020 amendments to the FCRA law start getting enforced.

Assuming there was indeed an element of malicious funding by corporates trying to outwit competition hiding behind community and environmental concerns, any such activism curtailment will unclog at least one impediment to the Modi government’s ambition of Aatma Nirbhar Bharat.