Four Years Of Khattar Government: Some Hits Some Misses 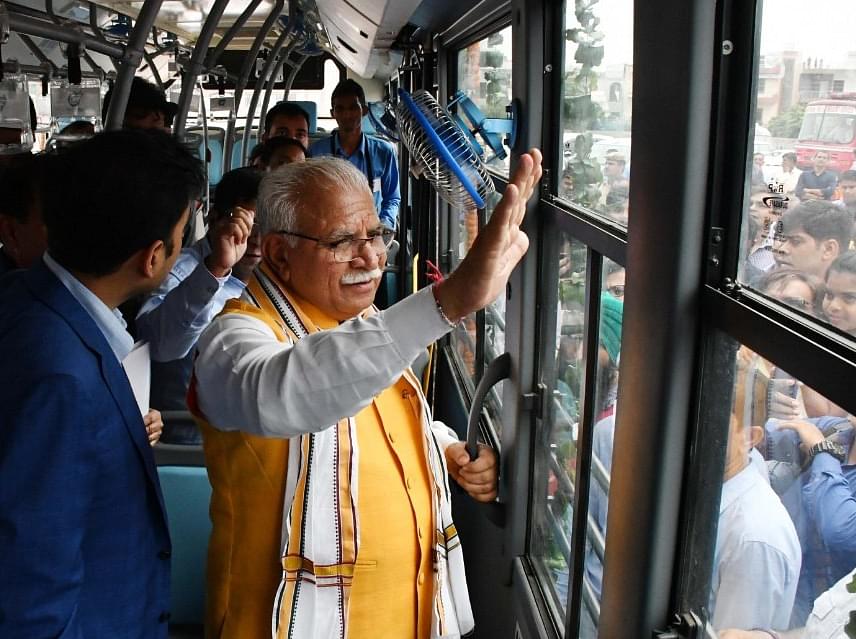 Amidst much fanfare and media coverage, Manohar Lal Khattar-led Bharatiya Janata Party (BJP) government completed its four years at the helm of governance in Haryana. It cannot be denied that the Chief Minister has seen his share of turbulent times in power. There have been some hits and some misses.

Critics of the government take no chance in plotting the demise of the good governance by pointing out the lapses in law and order during Jat agitation, Dera riots, and Rampal jailing. Others point to the caste fault lines that they say developed after BJP came to power. However, unlike monologues, this is a coffee table discussion. While we may speak of the criticism loud and clear, it is wise to hear the whispers of good work done by the Khattar sarkar.

In recent years, the terms ‘governance’ and ‘good governance’ have a found a strong footing in our domestic discussion on development. According to a report by the United Nations Economic and Social Commission for Asia and the Pacific (UNESCAP), good governance has eight major characteristics. “It is participatory, consensus-oriented, accountable, transparent, responsive, effective and efficient, equitable and inclusive and follows the rule of law. It assures that the corruption is minimised, the views of the minorities are taken into account, and that the voices of the most vulnerable in society are heard in decision-making.” If one agrees on this definition, a strong case of good governance can be made in favour of the Khattar government in Haryana.

Let us look at some positives which bunch up to form the remarkable government initiatives. The Beti Bachao, Beti Padhao (BBBP) programme has been a success. Statistically, the programme is a success with the child sex ratio crossing 900 after a long time. This accompanies various schemes for women and child development. The real success of the mission is in its role of gender sensitisation. With other measures in place, the programme worked to alter the traditional mindset and struck female foeticide at its core. Durga Shakti mobile app has been a fair success, a good start to help women in distress. By making Haryana kerosene-free state, it has made kitchens in hinterlands, better and safer.

Increase in scholarships for Scheduled Caste and an increase in shagun for inter-caste marriages are other steps taken with the same mindset. Higher education in Haryana has been progressing with massive strides. The Rashtriya Uchchattar Shiksha Abhiyaan (RUSA) has made qualitative as well as quantitative changes in the college and university education. Accompanying careful monitoring, diligent efforts by institutions have led to new construction of faculties, renovation of infrastructure, and adoption of new teaching methods by the institutions.

In 2015, the Haryana government put in order the minimum education criteria for panchayat elections. Even after the Supreme Court upheld the law, opposition from different quarters reached the government ears. Senior advocate Indira Jaising is reported to have said, “It is very clear that it discriminates against the poor, the marginalised and women, and denies them their fundamental right to contest an election.”

In the last few years, irrigation has reached tail-end villages and power infrastructure and electricity supply have seen an uptick. In 2014, after coming to power, CM Khattar took a major step in taking governance to the doorsteps of common citizens with the help of ‘CM Window’. It has been seen as a fresh approach to governance. Citizens who have otherwise not found solution to their grievances from local authorities could now file a complaint at any of the CM windows and the matter would be taken up and followed by the CM cell. CM is delivering smiles at this window! Out of over 5.1 lakh registrations which include grievances, demands and suggestions, more than 4.5 lakh have been disposed of after necessary action. The ones left are being pursued with vigour.

On some, a clarification is sought and on others action is being taken. A senior official in the government remarked, “Durbaar has now reached the homes of common citizenry of Haryana. This is a bold, radical and successful initiative by the government.” Problems of citizens are many a times, characteristically small, like a stuck file, small administrative issue, a document to be procured, information on some matter etc. These problems and queries previously fell on deaf ear but with BJP in power, redressals at the CM window have had a very positive effect on the people of Haryana. No more do they have to use ‘a connection’ to get some trivial information.

The government has also been fairly successful in adopting e-governance in all its systems of functioning. One portal which has garnered much appreciation is the E-Bhoomi portal, where land can be sold hassle free. Residents of Haryana can register on the portal, and it ensures transparency in land deals.

In 2019, after the Lok Sabha elections, BJP and Khattar face state assembly elections. The recent Indian National Lok Dal’s ‘very’ public family feud and the leadership in-fighting in the state Congress body, give opportunity for the BJP to claim its own space. It remains to be seen how politics plays out but the Khattar sarkar can't be taken lightly.