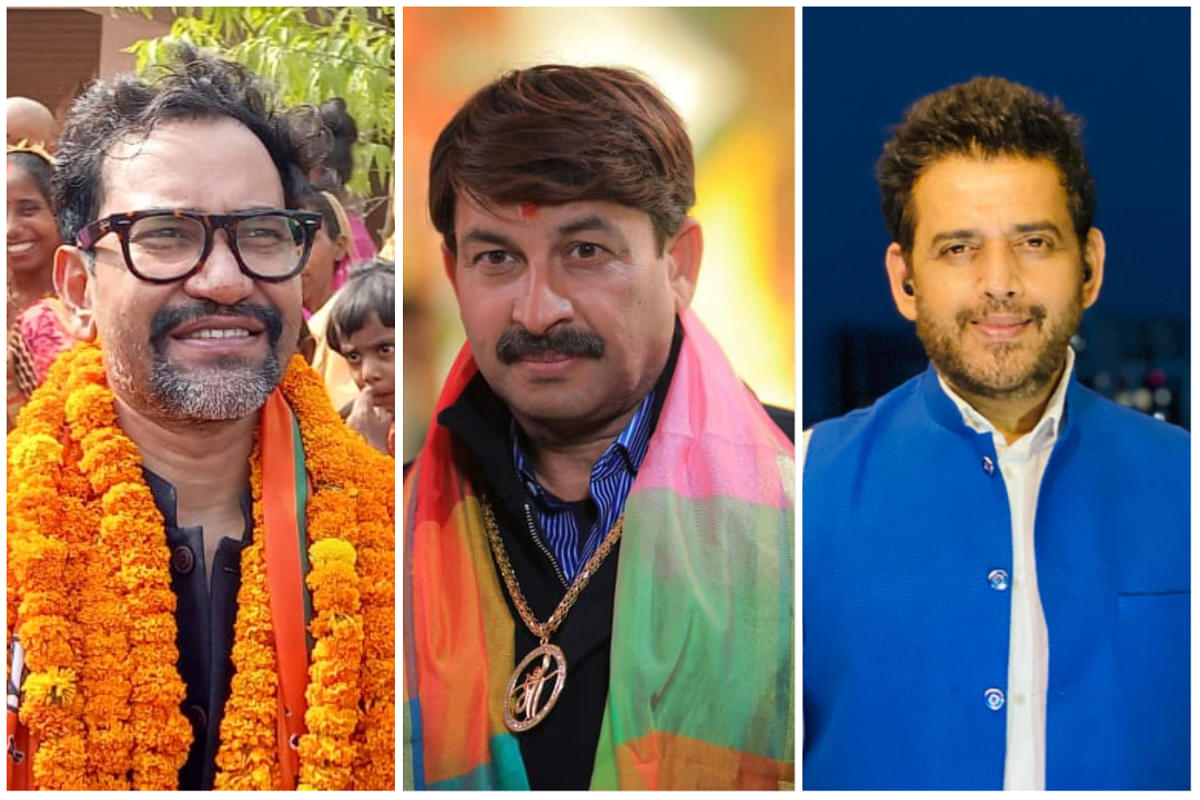 Manoj Tiwari, Ravi Kishan, and Dinesh Lal Yadav, aka Nirahua, have a lot in common.

All three are superstars of Bhojpuri cinema. All three belong to humble backgrounds and have risen to the top of their industry on their own merit. All three are now Members of Parliament (MPs) on Bharatiya Janata Party (BJP) tickets.

While Tiwari joined the BJP in 2014, Kishan entered the saffron fold in 2017 and Nirahua in 2019. Each of them has shared a strikingly similar journey. All three stars of Bhojpuri rose to national prominence with their stint in TV reality show Bigg Boss.

In 2009, Tiwari, who had earlier contested on a Samajwadi Party (SP) ticket against Yogi Adityanath in Gorakhpur, won the North-east Delhi Lok Sabha seat on a BJP ticket and went on to become Delhi BJP chief in 2016. His appointment was part of the BJP’s strategy to appeal to Delhi’s Bhojpuri-speaking population.

Kishan was part of Congress till 2017. He contested from a Congress ticket in the 2014 general elections from the Jaunpur constituency. He stood sixth in the vote tally. In 2017, he left Congress to join BJP and in 2019 he won from Gorakhpur constituency, the bastion of Chief Minister Adityanath.

Nirahua is the latest to become a BJP MP. His first electoral stint was unsuccessful when he lost against SP chief Akhilesh Yadav in Azamgarh constituency. However, in a 2022 by-election on the same seat, Nirahua created history by registering a win in a seat considered to be SP’s stronghold. Among other BJP leaders, he thanked his Bhojpuri counterparts, Tiwari and Kishan, whom he addressed as big brothers, for his win.

The bonhomie between the three superstars of Bhojpuri cinema is worth noticing. Both Tiwari and Kishan canvassed for Nirahua in Azamgarh. Kishan, while speaking to PTI on the success of Bhojpuri actors in the electoral arena, said, “Bhojpuri samaj consists of some 25 crore people and also contributes to electing PM of the country.”

On the recent back-to-back success of stars like him, Kishan said that all like him relate to the masses and come from humble backgrounds. He thanked Prime Minister Narendra Modi for recognising them.

The three all-time superstars of Rs 2,000 crore big Bhojpuri cinema being part of the BJP fold is a unique occurrence that is surely going to help the party during elections. Having them in the party could also provide an opportunity for the BJP to further streamline its communication in Bihar, Eastern Uttar Pradesh, and other states, where a significant Bhojpuri-speaking population resides.