From Y V Reddy’s Book: When NTR Made An Unexpected And Dramatic Speech 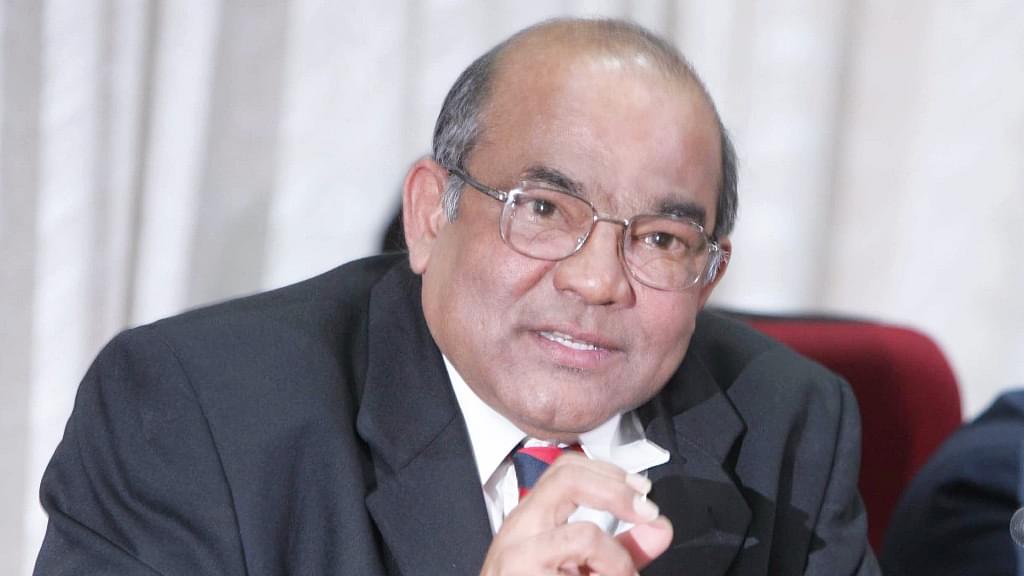 Former Reserve Bank of India Governor and Padma Vibhushan Yaga Venugopal Reddy's autobiography ‘Advice & Dissent: My Life in Public Service’ recounts his journey from his initial days as sub-collector, to the challenges and intricacies he had to deal with as he held the apex post as a central banker. A matter-of-fact telling of the working of both the Governor (RBI) and the government, the book charts out his life through the positions he held, the people he encountered up, close and personal and the decisions he took during his various stints at different government offices.

Here is an extract from the chapter ‘My Days With NTR’, which looks at his association with former chief minister of Andhra Pradesh, Nandamuri Taraka Rama Rao (popularly known as NTR), during whose reign Reddy was the planning secretary. Reddy describes NTR as a man with vision, flair, imagination and great instincts, as he goes on to narrate an incident that testifies the same.

The National Development Council (NDC) meeting was scheduled for 12 July 1984. The NDC is the highest body to guide and promote development. It is presided over by the prime minister and consists of all chief ministers, select members of the Union cabinet, and the deputy chairman, Planning Commission. It is a forum for the states to put forward their concerns. Usually, the prime minister and the deputy chairman, Planning Commission, spoke first, followed by a speech by each chief minister.

As planning secretary, I was to draft the speech to be delivered by my chief minister. We spent hours with him, preparing a speech that reflected his priorities and ideologies. As per normal practice, copies of the final, approved speech were sent to the Planning Commission in advance. Rao Sahib, the cabinet secretary, called and asked me whether this was the authentic copy of the speech to be delivered later in the day.

I was surprised; such an inquiry was highly unusual. But I had seen NTR rehearsing the speech just early that morning and confirmed that this was, indeed, the speech that NTR would be delivering at the NDC meeting. At the NDC meeting, the chief secretary and I sat behind the chief minister. The speeches were to be made in alphabetical order, and Andhra Pradesh was to go first among the other chief ministers. The folder with our speech was lying on the desk in front of NTR as he rose.

From behind, I could see NTR’s hand reach into his pocket and pull out a folded paper. The speech we had so carefully prepared, which focused on planning and economic considerations, lay unopened. We were mute with shock as NTR unfolded the paper and launched into a highly charged political oration. He protested the dismissal of the Farooq Abdullah government in Jammu and Kashmir. He denounced it as going against the spirit of the Constitution. He attacked the Union government for its highhandedness and political manoeuvrings.

As NTR began reading out a statement on behalf of, including himself, four chief ministers – Jyoti Basu (West Bengal), Ramakrishna Hegde (Karnataka) and Nripen Chakraborty (Tripura) – he was interrupted by the chairperson, Indira Gandhi. The NDC was not a political forum, and was convened to discuss the Seventh Five-Year Plan, she said, but the three other chief ministers insisted that he be allowed to complete his statement.

At the end of the impassioned speech, he announced that he was walking out of the NDC meeting. The three other chief ministers also followed him. As he walked out, he signalled that we were to stay seated. We were not sure why; perhaps it was to brief him about the ensuing proceedings. On the dais, the prime minister and the deputy chairman, Planning Commission, engaged in hushed consultation. Soon an announcement was made that all officials of the chief ministers who had walked out were to withdraw from the meeting. Embarrassed and still reeling from surprise, we picked up our papers and left. I was furious at being so deceived. I felt indignant since it was I who had assured that NTR was going to deliver our prepared speech. Later, it was explained that the decision to walk out was taken the night before, but it had been kept a closely guarded secret.

NTR worried that if any whiff of his intentions came to be known to the Centre, the order of speaking would be changed. The dramatic effect of making the first speech and disrupting the meeting at the start would have been lost. We were assured that we were kept in the dark so that we would not be put in the uncomfortable situation of having to prevaricate on any questions about the speech. I did see the point. Had I known beforehand, I would indeed have been in an unenviable situation while answering the Planning Commission’s unusual query.

Though I was somewhat mollified, I was not convinced about whether we were kept in the dark for the reasons explained to us or whether we were simply not trusted. With this, I wondered whether NTR distrusted me as a person, a professional civil servant, or an intellectual. Or was it because I was an IAS officer? Many chief ministers at that time were not sure whether an IAS officer was loyal to the state or to the Centre.

In his dealings with civil servants, things were equally uncertain. NTR’s impression of the bureaucracy was based on his brief experience decades ago. He told me that he had once worked as a clerk in the sub-registrar’s office. ‘In those days,’ NTR said, ‘we used to wear a coat. We hung the coats on our chairs in the morning. At the end of the day, the peon used to put some money in the coat pockets. At first, I did not know what the money was for. Then someone told me that it was my share of the money taken as bribes in the office for that day. All we had to do was just wear the coats with the money stuffed in them and go home. I simply could not stomach it. In three weeks I quit the job.’ His early experience and, perhaps, his subsequent transactions convinced him that the bureaucracy was almost universally corrupt.

It was a surprise to all of us that UB, who had been the principal secretary to the Congress chief minister, T. Anjaiah, was taken by NTR to be his secretary. Though UB had, in NTR’s eyes, been ‘polluted’ by his work with a Congress government, NTR trusted UB completely.

UB was a tiny man of startlingly fair complexion. He was brought up by his uncle, who ran an Udupi Hotel in Vijayawada. UB was more than a friend; he was a brother. We had shared our quarters years before, when I was assistant collector in Chittoor. We had called each other Sac and Jac. I was Sac (senior assistant collector) and he was Jac (junior assistant collector). He was close to Amma because he had lost his mother and we were often in each other’s house. UB won the trust of NTR because he was a man of outstanding moral and intellectual calibre, and remarkable courage. He was a civilising influence over NTR, often protecting NTR from himself. UB was more than a secretary; he was a protector of the state’s interests. He was perhaps the only person in the establishment whom NTR could not overrule. Though UB had NTR’s trust, that was not the case with most others in the establishment. NTR felt that he did not belong to the establishment. To strengthen his position in power, therefore, NTR had to try to change the systems.

Excerpted from Advice and Dissent: My Life in Public Service by Y V Reddy, HarperCollins Publishers, 2017, with the permission of the publisher.