Goa, Goan, Gone? There Is A Lakshman Rekha In Politics, And BJP Just Breached It With Impunity 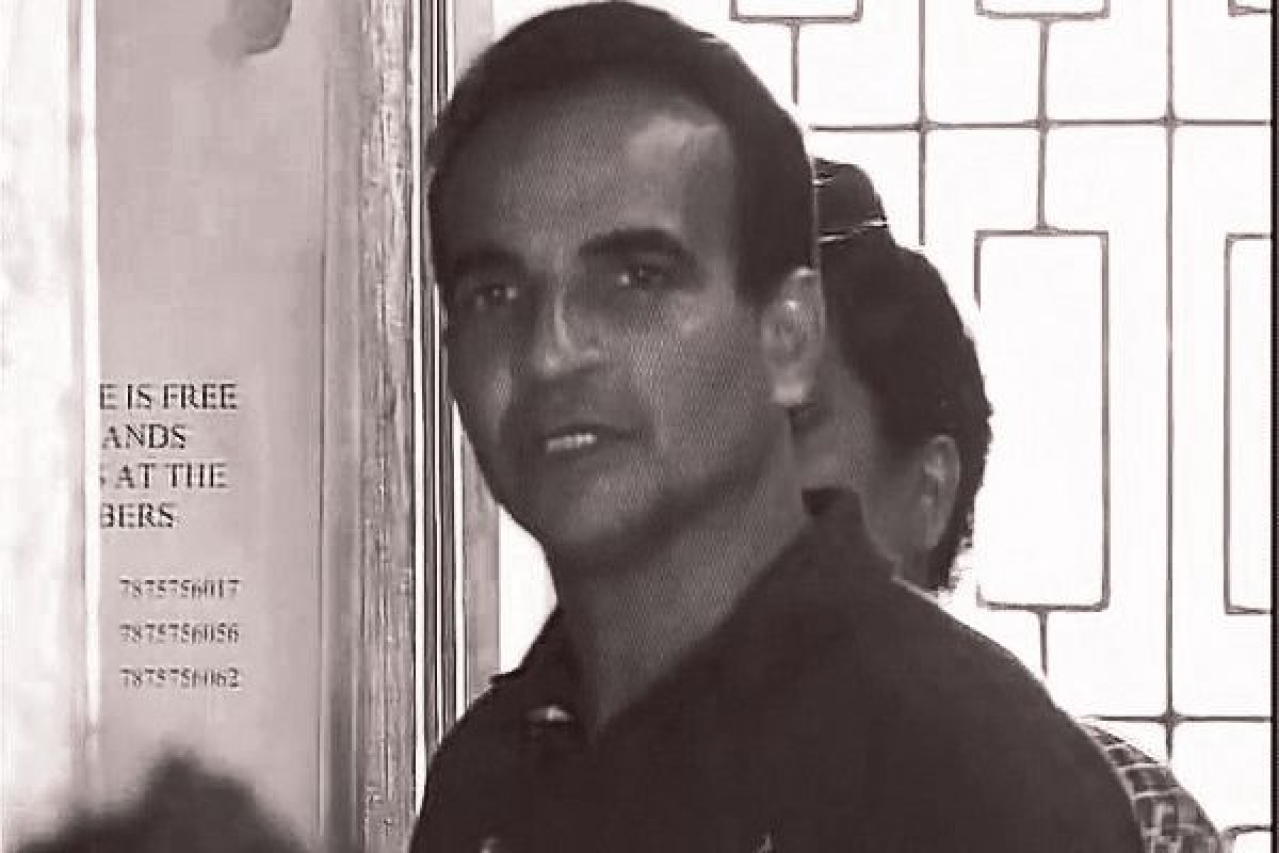 The BJP slogan of a ‘Congress-mukt Bharat’ (Congress-free India), as popularised by its president Amit Shah and PM Narendra Modi seems to have morphed into a ‘Congress-yukt BJP’ (Congress-containing BJP). Nowhere is it more apparent than in my tiny home state of Goa.

Most BJP-supporting Goans were taken by surprise a couple of days ago, when a splinter group of 10 Congress MLAs announced their decision to split from the party and merge with the BJP. This mass exodus left an already ailing Congress party with a paltry tally of five while BJP improved its strength to 27, in a house of 40. Add to that the support of the allies, and the BJP now has a brute strength of 33 MLAs. At first sight, this seems like a masterstroke for the BJP, and a great step forward towards Narendra Modi’s dream of Congress-mukt Bharat. But is it, really?

The 10 MLAs that have defected to the BJP from the Congress include the man who is believed to the king of illegal matka betting in Goa, Chandrakant Kavlekar, and the notorious don of Talegaon, Atanasio Monserrate, also known as Babush. Babush Monserrate won from the coveted Panaji constituency on a Congress ticket less than two months ago. Panaji used to be the constituency of Goa’s former chief minister and former Union defence minister, Manohar Parrikar, who passed away recently after a short struggle with cancer.

Babush Monserrate is a feared name in Goa. He has several criminal charges pending against him, including that of rape of a minor, land-grabbing, extortion, molestation and of an attack on a Panaji police station. In fact, as per the guidelines given by Supreme Court, Babush Monserrate was forced to release advertisements in newspapers before the Panaji by-poll informing the electorate that he faces criminal cases against him.

Now, the same Babush Monserrate has joined the BJP along with his wife Jennifer, who is also an MLA. And the BJP, which claims to be a cadre-based party with principles, has absolutely no scruples about accepting tainted MLAs like Monserrate with a criminal past.

The merger has not gone down well with loyal BJP workers. A look at the social media timelines of many BJP supporters reveals that they are extremely upset at this ‘free incoming’ policy of the party in Goa.

Even senior BJP leaders are said to be unhappy at the induction of the 10 Congress MLAs as it dilutes the core of the BJP completely.

With the new additions, the BJP now has 21 MLAs with a Congress past. Out of the 21, 15 are Christian MLAs, giving rise to fears about large-scale Church interference in the politics of the state. Every Goan knows that the Church has always played a political role in Goa. In fact, just before the parliamentary elections in May 2019, a video had surfaced showing an ordained priest asking his flock to not vote for the BJP, sparking outrage among Goa’s Hindu voters.

Speculation is rife in Goa that the induction was done to ‘checkmate’ the regional allies of the BJP, including the Goa Forward Party, with the active involvement and blessings of the Church. As per my sources in Goan media, plans for the merger were reportedly initiated in a closed-door meeting held at the Archbishop’s palace in June that was attended by both Babush Monserrate and BJP MLA, Michael Lobo.

The blatant opportunistic poaching of Congress MLAs, many of whom have a questionable past has made many die-hard BJP-supporting Goans like me deeply uncomfortable.

I started expressing myself on social media just before the state elections of Goa in 2012, because I was sick of the Congress culture of institutionalised corruption, nepotism, minority appeasement and blatant disregard for Hindu concerns. I have supported Narendra Modi for the last seven years as a citizen voluntarily because he stood for everything that the Congress was not.

My support for BJP was because the party had a strong cadre-based culture where people had to work their way up, rather than get a position based on their last name, unlike in the Congress. Today, I am not sure of that belief anymore, with the BJP’s decision to induct 10 tainted Congress MLAs into the party in Goa.

One of the new entrants to the BJP, Babush Monserrate is not only known to be corrupt, he is accused of ‘buying’ a minor girl for 50 lakh rupees and raping her. On 3 June 2019, the Panaji Additional Sessions Court had ordered the Goa police to frame charges against Babush Monserrate in that 2016 case under the stringent POCSO Act. In fact, only a couple of months ago, the Goa BJP vice president Kunda Chodankar had gone on record saying, “a vote for Monserrate is a vote against women.”

Yesterday, the same Babush Monserrate was welcomed into the BJP, by none other than Jay Prakash Nadda, the acting president of the party, distressing many loyal party supporters like me.

I know the BJP doesn’t owe me any explanation. I am not a member of the party and they didn’t ask me to support them, but as a vocal BJP supporter, I have to record my deep disappointment and dismay with the party’s decision to include people like Monserrate.

This is not realpolitik, this is a death wish.

The reasons given to justify the merger are convincing no one. BJP insiders have given the party’s acute desire to secure a majority in Rajya Sabha as a reason to include ex-Congressmen into the party. But the lone Rajya Sabha seat from Goa is already held by the BJP’s state president, Vinay Tendulkar, who will hold the seat till 2023. BJP also has a stable government in Goa being supported by their regional allies.

A lot of BJP and RSS karyakartas from Goa are acutely unhappy about this unholy alliance between the BJP, a party they work for, and a group of corrupt MLAs from the Congress. But none of them have the courage to say it out loud. I wish the party officials from Goa who are unhappy with this decision put their foot down and say, “No, we do not accept this perfidy.”

Even the RSS, that always talks about ‘sanskar’ has stayed largely silent on this opportunistic alliance that completely dilutes the core of the party.

There are several questions that this ‘merger’ throws up. How is the BJP a party with ‘a difference’ when it is accepting every tainted person from the Congress? How can long-time party workers who gave their sweat and blood to build the BJP in Goa deal with these imports who walk in blithely and are awarded with ministerial berths? How does PM Narendra Modi’s promise of ‘na khaoonga, na khane doonga’, work with these new imports whose tales of corrupt practices are well known in Goa?

As a BJP voter and a vocal Narendra Modi supporter on social media, I take it as my moral duty to express my displeasure at this suicidal decision taken by the party leadership in Goa. Goa is my home state. My father dedicated a full decade of his life to the Goan freedom struggle, risking his life on more than one occasion. I cannot bear the idea of a man who is accused of raping a child being a minister supported by a party that claimed to ‘be different’.

There is a moral Lakshman Rekha for everyone that your conscience won’t allow you to overstep. For me it is the picture of the BJP working president welcoming a man — accused of ‘buying’, drugging and raping a 15 year-old girl — into the party. The same men that the BJP had accused of being responsible for making Goa an unsafe place for women.

It is not the BJP that is ruling Goa anymore. It is the Congress Janata Party.

The writer is a freelance writer and newspaper columnist based in Pune.
Get Swarajya in your inbox everyday. Subscribe here.
Tags:
2.8 K Shares