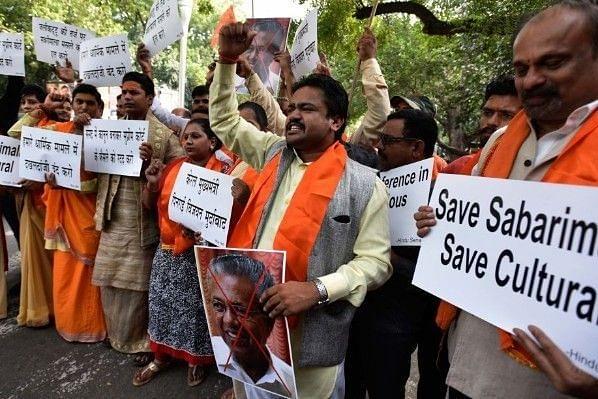 Kerala has always been a state of dichotomies.

Blessed with an abundance of water and greenery, it still has to import its food from neighbouring states. Despite having one of the highest literacy rates in the country, it also has one of the India’s largest unemployment rates. Praised across the left-liberal ecosystem as a benchmark for Indian secularism, the state is also one of India’s leading recruiting havens for Islamist terror organisations like ISIS.

Despite its many curious contradictions, the state’s recent political history has been relatively straightforward. Since the 1980s, the Congress-led United Democratic Front (UDF) and the Communist-led Left Democratic Front (LDF) have alternated in power each time polls were held. While a few regional players switch sides depending on which direction the winds blow, the major political formations - by and large – have remained the same. Icons of both formations ranging from K Karunakaran and Oomen Chandy of the UDF to EK Nayanar and VS Achuthanandan of the LDF have failed to overcome the anti-incumbency albatross – although the latter did come devastatingly close around a decade ago.

Ironically, just over 4 months ago, it had seemed that the state’s current Chief Minister, Pinarayi Vijayan would finally buck the trend and win re-election in the assembly polls which are slated to happen next year. At the time, it was seen as a remarkable turnaround for Vijayan – who had faced the wrath of voters over the Sabarimala issue in the general election, which turned out to be a humiliating route for his alliance.

The Kannur strongman had built his political resurgence on the back of a tremendously effective PR-drive, built around the state’s response to the corona virus pandemic. Coupling effective political communication along with a rabid social media army who would mercilessly troll anyone daring to question the CM, Pinarayi managed to elevate himself to a cult status in the state. A re-election seemed inevitable. So much so that the IUML, almost welded to the Congress for over 3 decades, had begun to hint of a change in alignments for 2021.

All of that came to a screeching halt in July when the news broke of the CM’s office’s alleged involvement in a gold smuggling scam.

Like all scams which catch public imagination in Kerala, this one too involved a woman - Swapna Suresh, an ex-UAE consulate employee and state IT department consultant, with close links to the CM’s Principal Secretary M Shivshankar.

The ensuing investigation has been an extremely embarrassing one for Pinarayi with one skeleton after another tumbling out of the LDF government’s closet.

Matters came to a head a fortnight ago, with the arrest of Shivshankar by the ED. To matters slightly worse, Shivshankar’s arrest was closely followed another one – that of Bineesh Kodiyeri, the son of the powerful Kerala CPI(M) secretary Kodiyeri Balakrishnan, in a drug-related case.

In addition to the avalanche of corruption revelations, there has also been the issue of a sudden ascent in the state’s daily growth of coronavirus cases. The rapid increase in numbers has shown the Kerala Model brand to be hollow and robbed Pinarayi of a great deal of his credibility as an administrator.

Even so, despite the swirl of allegations and setback encountered by the Pinarayi government, political pundits have been hesitant to declare any major swerve in favour of the Congress-led opposition - primarily because of three reasons.

First, the Congress has still struggled to prop up a face who can combat Pinarayi. Its local social arithmetic dictates that the Congress must alternate its CM candidates between the Nair caste and the Christian community. Oommen Chandy having been the previous CM, the expectation is that the next will have to be a Nair. However, the current Leader of Opposition, Ramesh Chennithala, has been found to be wanting when it comes to taking on the CM.

Second, has been the ambiguity around the current voting inclination of the Muslim community in the state.

Both alliances have worked hard to appease the community over the past 5 years but in traditional circumstances, such an election would have seen a consolidation towards the Congress. However, recognising the dimensions of population growth in the state, Pinarayi has been actively courting the Muslim vote- propping up leaders like PV Anwar and KT Jaleel – in a bid to outflank the IUML. The pre-Gold scam overtures from the IUML to shift allegiances to the LDF were seen as a reaction to signs of such a vote shift.

This LDF strategy had previously come to naught in the national elections when Rahul Gandhi decided to contest from Wayanad and consolidated the Muslim vote entirely for the UDF. It remains to be seen if he will be able to do a repeat in the assembly polls but given his high popularity amongst the minorities of Kerala, it remains a real prospect.

And finally, there is the matter of the continued growth of the BJP in the state. The vote migration to the saffron party in Kerala has primarily been seen among the Nair community – a voting bloc which has historically leant towards the Congress. This is problematic for the UDF because there is the distinct possibility that the BJP will split the anti-incumbency vote and end up giving Pinarayi a second term. This is of course under the assumption that the BJP will only get the Nair vote.

However, the BJP has been recently courting the LDF-favouring OBC community in the state heavily. Any BJP growth into that segment will mostly come at the expense of the LDF. This was noticed in the 2016 election where the LDF actually lost around 3 per cent vote-share to the BJP but was able to win only because the UDF lost more.

These three developments have obviously made the Kerala political scenario an unusually complex one. As with most political complexities, the cause here has social underpinnings. The past few decades has seen an upheaval in the societal ethos of Kerala.

While the minority communities in the state have successfully ensured the protection of their respective cultures, the Hindu community has relentlessly ceded its own cultural space. The high handedness with which Pinarayi handled the Sabarimala issue was a reflection of the state’s political thinking – that they could use the desecration of Hindu beliefs to signal minority voting blocs without inviting any backlash from the majority.

What was done in hushed tones and behind veiled curtains a few years ago, is done in broad daylight today by the current government. Kerala – the birthplace of Adi Shankaracharya and home of some of the most beautiful temples in the country – has been reduced to the land of ‘aromatic beef’ and Mercedes-driving Communists.

As was seen in the case of Sabarimala, the passiveness which has characterised the state’s Hindus may be a thing of the past. It is this growing restlessness among the Hindu populace which has been tapped into by the BJP.

Both the leading formations of the state see this as a growing threat to their existence. With both Left and the Congress reduced to the margins nationally, a defeat in the upcoming state elections has the potential to trigger mass migrations of the loser’s voting blocs towards the BJP.

However, the rapidly changing demographics of the state and the dependence of both alliances on the minority vote makes it extremely difficult for either formations to actively pursue the Hindus.

It is not as if the road ahead is full of roses for the BJP either. With the state’s minorities steadfastly against it and Hindus limited to around half of the state’s population, the party needs to achieve near-impossible levels of vote consolidation to come even close to gaining power. Additionally, it has to deal with a disunited state unit, an increasingly hostile media and complete antagonism from the state’s opinion makers.

The coming assembly polls promise to be like no other the state has seen for a very long time.