Government Helpline Got 1,457 And Not 92,000 Calls Of Child Abuse And Violence In First 11 Days Of Lockdown. Here’s How PTI Spread Fake News 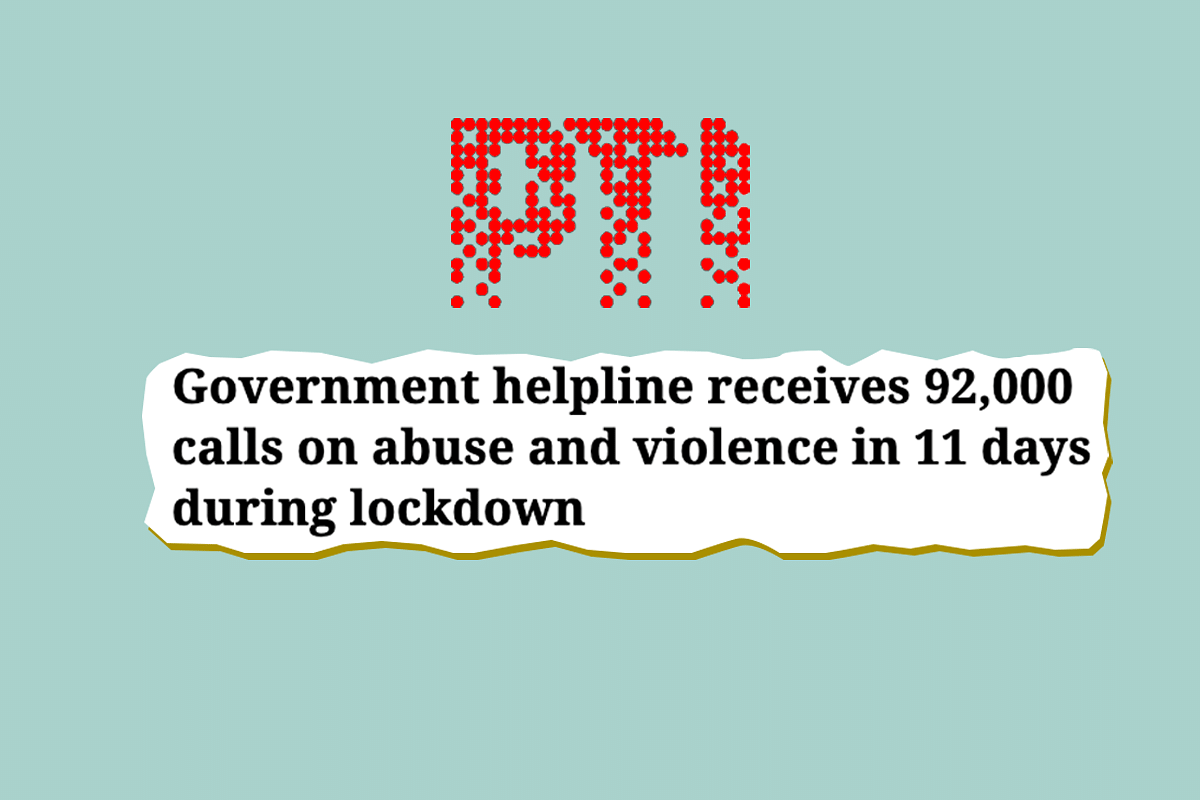 On 8 April, news agency PTI published a report which said that the government helpline for children, ‘Childline 1098’, received 92,000 calls on abuse and violence in the first 11 days of the lockdown period.

The report said that it was “a sombre indication that the lockdown has turned into extended captivity not just for many women but also for children trapped with their abusers at home”.

The report was carried by several publications including The Economic Times, The Hindu and The New Indian Express, among many others.

On social media, it created quite a buzz with users either using it to criticise lockdown or blaming Indian society in general.

This expose us as society ðhttps://t.co/ukk0jgBWha

This is just heart breaking m pathetic. What can be done bout this??? These men should be jailed for life. Domestic violence n child abuse is at its peak in dis lockdown! @MumbaiPolice @AUThackerayhttps://t.co/lF2YFoq951

This is heartbreakingâand utterly predictable. Remember, three out of four Indian children, according to the government, face abuse: itâs by far the most damning indictment of who we are (https://t.co/Tn59vYaKhq) https://t.co/6C9QNQE7Si

Well, the statistic of 92,000 calls of abuse and violence is plain wrong. The news agency made a grave error in reporting the figure, inflating it from 1,457 to 92,000.

Yes, that’s how much off the mark it was.

It’s a statistic that continues to be cited in reports and discussions.

The latest to use it is Thewire.in, a portal that has done erroneous reporting on multiple occasions (read here, here and here).

The repeated citation is despite the government helpline having posted a public rebuttal as well as having sent several emails to publications to rectify the error. Evidently, no one has bothered to correct it.

Here’s the story behind the error and futile attempts by the helpline to get it corrected:

Here’s what the PTI originally reported:

This is where PTI went wrong

Yes, the Childline helpline number 1098 did receive a total of 3.07 lakh calls between 20 and 31 March. However, the break-up is this:

The helpline’s futile attempts at getting the error rectified

The official Twitter handle of the helpline put out a clarification on 9 April, in which it clarified that 0.5 per cent of all calls were related to abuse and violence, and not 30 per cent as reported.

The helpline tagged the official handles of PTI and The Hindu in the second part of the post.

The clarification tweet has all of six retweets and 11 likes. Evidently, nobody really noticed.

After three days, the helpline also sent emails to the editor of The Hindu and PTI (screenshots below):

As can be seen above, the email said:

“The numbers mentioned in the release in terms of total number of calls is correct; however the ratio of 30% pertains to on ground intervention calls only, and not total calls answered, resulting in inflated and erroneous numbers related to calls for help. So that would be 30% of 4857 intervention calls = 1457 protection against abuse and violence related on ground interventions. This is 0.5% of 3.07L calls we answered from 20th March to 31st March 2020.

“We would further like to inform you that the journalist has written most of the information basis the workshop conducted on YOUTUBE for child care and protection stakeholders and has not spoken with us to get clarity or understanding on data..”

Last checked, none of the portals that carried the PTI report has carried any rejoinder or clarifications, or made changes in the copy.

Meanwhile, the erroneous figure has been used by lawyers to urge the Chief Justice of India to take suo motu cognisance as well as to file a petition in court.

On 12 April, PTI (ironically) reported that “a letter has been written to Chief Justice of India S A Bobde requesting him to take suo motu (on its own) cognizance of increase in number of child abuse cases during the ongoing nationwide lockdown to prevent the spread of coronavirus”.

“The lawyers said that the basis of their letter are articles published in media in which it has been reported that hotlines are lighting up with cases of child abuse and the childline India Helpline has received more than 92,000 calls asking for protection of children from abuse and violence in the past few days during the lockdown period,” the report said.

An NGO, All India Council of Human Rights, Liberties and Social Justice (AICHLS) filed a petition in the Delhi High Court, which the court accepted for hearing.

Yeah, all this started with fake news.