Ground Report From Gorakhpur: Where The BSP's Loss May Well Be BJP's Gain 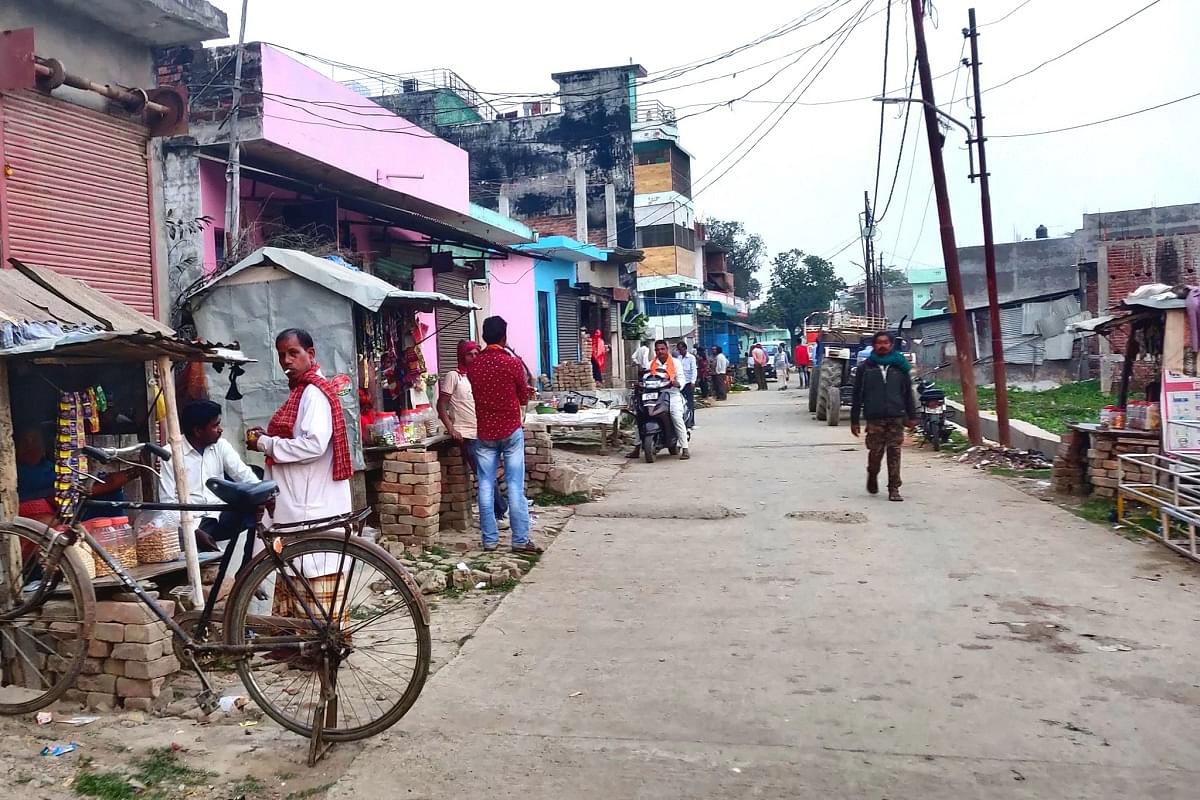 "Due to his casteist and narrow-minded ways, Yogi has given no attention to the welfare of the Dalits and other backward communities," she added, continuing her attack on the Bharatiya Janata Party (BJP).

In her 40-minute-long speech, she spent a considerable amount of time attacking the Samajwadi Party (SP) and the Congress, telling her supporters it is important that they understand why they must vote in favour of the "only party that has their interests in mind".

"Because of its castiest thinking, the Congress did not give Bharat Ratna to Babasaheb Bhimrao Ambedkar, even though he was a deserving candidate," the former chief minister of Uttar Pradesh said.

Taking on the SP, she said the party shelters gundas, mafias and anti-social elements, and accused it of working only for the people of a particular region and community, which many saw as a reference to the accusation of 'Yadavisation' against the Akhilesh Yadav-led party.

"The SP not only ended the schemes the BSP government had launched for Dalits but has also disrespected the icons associated with the community," Mayawati said, adding that she had hoped that the BJP government would reverse the actions of the SP but it didn't.

Mayawati arrived in Gorakhpur earlier to a rousing reception from crowds and party cadre. But her appearance did little to alleviate the feeling among the Dalits that the BSP has been missing in the political narrative.

In Gorakhpur Urban, the seat which Chief Minister Yogi Adityanath is contesting his first assembly election from, many Jatav Dalits (54 per cent of the total Dalit population), traditional supporters of Mayawati, talk about the BSP's absence on the ground ahead of the polling on 3 March, some going as far as arguing that the party may have reached an understanding with the BJP.

"Mayawati isn't campaigning much this time. We're being told that she is supporting the BJP," says Rajan Kumar, who sells eggs and omlette on a thela (cart) just outside the Dalit basti in Gorakhpur's Rampur Nayagaon.

When asked who is likely to win the election, Kumar says, "Modi sarkar".

He, however, isn't very impressed with the government's performance.

"During the pandemic, we received ration from the government. But what would ration alone do? There's unemployment. The government has given us homes, but if it had invested the same money in some company, it could have gone a long way in solving the unemployment crisis," he says.

But Kumar does not want his vote to "get wasted".

"People in our [Jatav Dalit] community are of the view that our votes should not get wasted," Kumar says, adding, "we believe that it should go to the side that is winning the elections".

Not far from Kumar's thela, Sheela is talking to other women from the colony. A domestic help, Sheela says her family has been receiving "chana, refined oil, ration, namak" twice a month from the government.

"I have got a house from the government and wanted to vote for Modi ji in the last election but couldn't as my name wasn't in the list. I took my Aadhaar Card but they didn't allow," Sheela says.

"Mayawati ko kya denge. Jisne ghar diya usko vote denge [I will vote for those who have given me a house]," Sheela told Swarajya.

When asked which party was likely to win the election, she adds, "koi bhi chale aage... [vote] dena toh unhi [Modi] ko hai [Who is leading does not matter. We will vote for Modi]."

"Parivartan aaya hai [things have changed for the better]," she told Swarajya, adding, "No one paid us cash before. Now we have received Rs 2.5 lakh for a house without bribe. Roads and drains have improved."

The BJP is confident that this sentiment will translate into votes.

"The Jatavs, who have traditionally been strong supporters of the BSP, who have always unquestioningly voted for the elephant symbol, have seen that Behen ji has fallen weak today. In this situation, they fear Akhilesh may come to power. So this traditional vote bank of Behen ji has pressed the lotus symbol and voted for the BJP in all the polls that have been held so far," Member of Rajya Sabha from the BJP, Brij Lal, told Swarajya at the party's media centre next to the Gorakhnath Mutt complex.

Former Director General of Police of Uttar Pradesh, Brij Lal, has served as the chairperson of the State Scheduled Castes and Scheduled Tribes Commission in the past.

They [Jatav Dalits] have voted for the BJP because they don't want the SP to come to power, because these people, the Samajwadi Party people, they harass the Dalits. Akhilesh Yadav reverted more than a lakh Dalit officials. They won't forget it," Brij Lal said.

"Non-Jatav Dalits — Puris, Dobhis, Pasis, Dhanus — they had already shifted their loyalties to the BJP because during the Sapa [Samajwadi Party] regime, they were not taken care of," he added.

"But one heartening shift is that the Jatavs — Chamars — of western UP have voted for the BJP," he said, calling it an "achievement".

"I am a Dalit myself. I know," Brij Lal told Swarajya.

However, the Samajwadi Party leaders on the ground contest this claim of the BJP and believes that Mayawati's loss will be their gain.

At the party's office in Golghar, the prabhari [in-charge] of the Gorakhpur Urban seat, Rahul Singh, says Dalits will vote for Akhilesh Yadav.

"The bitterness between the Yadavs and the Dalits, that used to be there at one point, does not exist any longer. We had tied up with the BSP in the Lok Sabha elections and the Dalits had voted for the cycle symbol. They're going to vote for our party again," Singh told Swarajya.

But the bitterness between the Yadavs and the Dalits that Singh mentions may not have vanished completely, if at all.

"We don't vote for the Sapa (Samajwadi Party) because they pay attention to the interests of only one caste. They promote their own people [Yadavs] when there are job vacancies," Kumar, the egg seller in Nayagaon, had told Swarajya in an apparent reference to the 'Yadavisation' seen under the previous Samajwadi Party governments in Uttar Pradesh.

On the face of it, then, it looks like the BSP's loss may well be the BJP's gain.