HBS' Call To Assam's Muslims To Practise Family Planning: Why Critics Brandishing Stats Are Hiding More Truths Than They Reveal 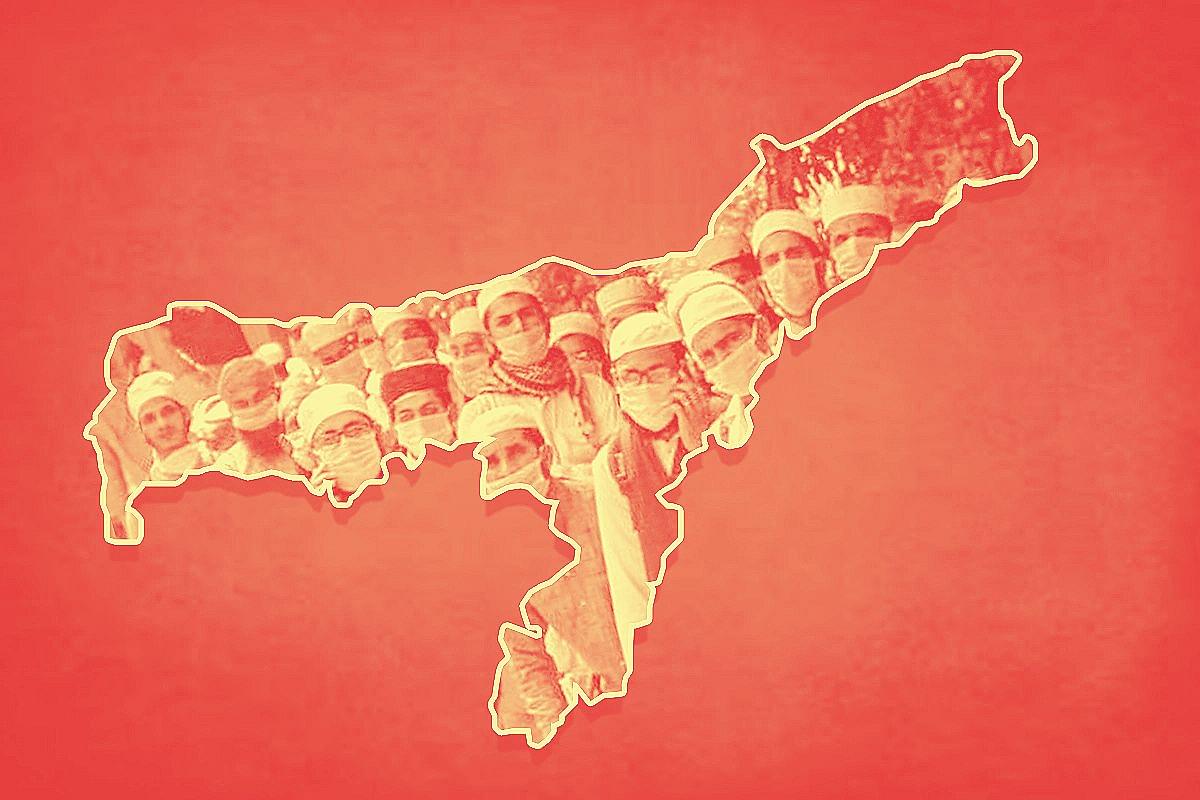 Lies, damned lies, and statistics. This is an oft-quoted phrase of unknown origin to describe the use of statistics to buttress weak arguments. And this phrase perhaps best describes this piece published recently in a leading English newspaper to discredit Assam Chief Minister Himanta Biswa Sarma’s appeal to Muslims of the state to have fewer children.

It must be underlined here that by Muslims, what chief minister Himanta Biswa Sarma actually meant was Bangladesh-origin Bengal-speaking Muslims, many of whom practise polygamy and have many children.

Sarma was well-justified (read this) in asking the Bangladesh-origin Muslims of his state to have fewer children. The propensity among many men of this community to practise polygamy is well-known. There is then a consequent pressure on land and scarce resources of the state, apart from the backwardness of the community itself.

In what was at best a weak and callow attempt to discredit the chief minister, the writer of the newspaper article (the newspaper also ran an editorial titled ‘Numbers Tell The Story’ in its June 12, 2021 edition based on the article) cherry-picked statistics. Quoting government data, the primary argument advanced by the article--and one that was used in its headline as well--was that Assam’s Muslims recorded the sharpest decline in fertility since 2005-06.

The article was quoted, republished in many portals and websites, and links to it shared widely on social media to criticise the Assam chief minister and paint him as ‘communal’.

The fertility level of Assam’s Hindus is much lower than the replacement fertility rate of 2.1, and this means that the overall percentage of Hindus will decline steadily while Muslims will soon outnumber Hindus in Assam. And that, as has been pointed out many times in the past, is a cause for concern. The Bangladesh-origin Bengali-speaking Muslims of Assam, who form 70 per cent of the total number of Muslims in Assam, are socially and educationally backward; many among them are radicalised, and often are a law unto themselves in the few districts of the state where they Bangladesh-origin Muslims form an absolute majority.

The fertility rate among indigenous Muslims of Assam, or Assamese Muslims, mirrors that of Assamese Hindus. Assamese Muslims do not practise polygamy, and follow the two-child norm (many families even have one child).

Many say that even that figure may be flawed. That’s because many Bangladesh-origin Bengali-speaking Muslims have been known to respond in a misleading manner to surveys and often give out false statistics. For instance, in the 1991 census, Bangladesh-origin Muslims declared their mother-tongue as Assamese. That was part of a design to discredit the popular campaign in the state against large-scale and unrestricted illegal influx of Bangladeshis into Assam. By falsely declaring themselves as Assamese-speaking, the Bangladesh-origin, Bengali-speaking Muslims of Assam reckoned that the entire anti-foreigners’ campaign in Assam would stand discredited since the census would not show any sharp decline in the number of Assamese-speaking people as was being projected by the leaders of the anti-foreigners’ agitation.

Thus, the 1991 census revealed that 57.81 per cent of the population of Assam were Assamese-speaking. This was a marginal decline of just about three percent from the 1971 census figure of 60.89 per cent (the 1981 census could not be conducted in Assam due to the Assam agitation at that time).

“In 1991, leaders of the Bengali-speaking Muslim community played a diabolic game and asked members of the community to declare their mother-tongue as Assamese. Once the census figures were out, they were quoted to discredit the Assam agitation. The census figures were quoted to debunk the contention that large-scale influx of Bangladeshis had changed Assam’s demography,” said Satyen Kalita, a former professor of political science at Assam University.

As per the 1971 census, the percentage of Assamese-speaking people in Assam was 60.89 per cent while Bengali-speakers accounted for 19.71 per cent of the population of the state. “They (the Bengali-speaking Muslims of Bangladesh-origin) declared their mother tongue as Bengali in the 2001 census since by that time the Assam agitation was long over and they were far more organised politically. They had also gained strength in many districts and no longer felt threatened,” said Kalita.

Given this propensity to conceal and fudge numbers, many in Assam feel that the fertility rate of Bangladesh-origin Bengali-speaking Muslims would be much higher than the suspected 2.6. “A huge number of women belonging to this community give birth at home and do not go to healthcare facilities. Thus, it will be easy for them to conceal births when it is convenient for them to do so,” said a senior health department officer.

But even if one were to discount all this, the fact remains that the fertility rate among Assam’s Muslims is much higher than that of Hindus. And since the fertility rate of Assam’s Hindus (1.6) is much below the replacement-level fertility rate (2.1), it means that Muslims (of Bangladesh origin) are set to outnumber Hindus in Assam within two and half decades. And this demographic change is clearly and understandably unacceptable to the Hindus of the state.

What Assam’s chief minister Himanta Biswa Sarma left unsaid was that the fertility rate among Hindus of the state should increase to at least over 2. Which means one Hindu family should have at least two children, if not more. Only that can restore Assam’s demographic balance and pull the state away from the brink of the demographic disaster it is staring at now.