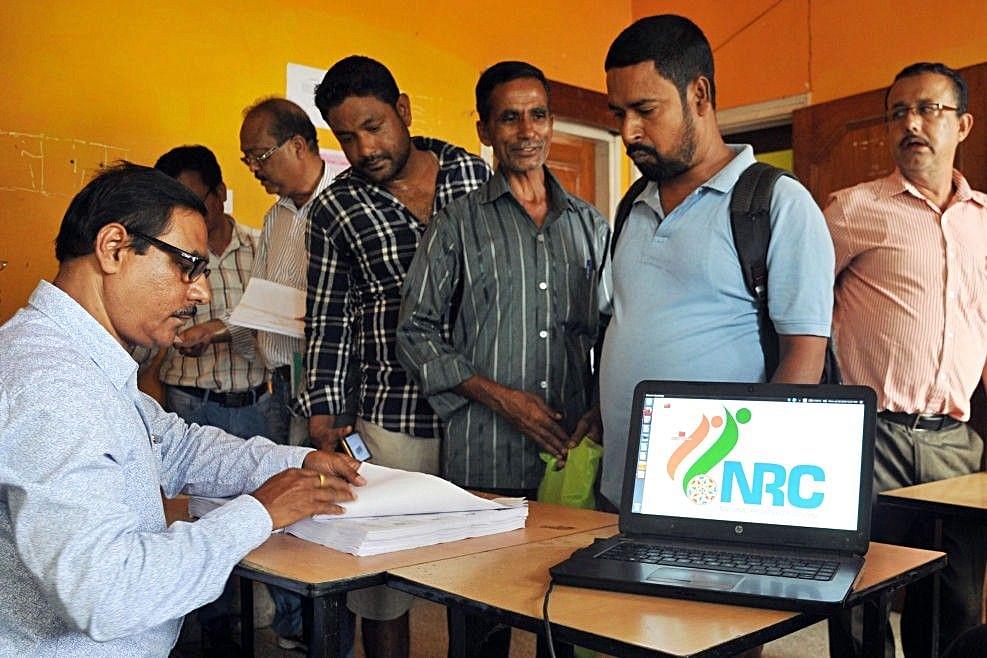 Right now, it is anybody’s guess as to how many names will be excluded from the final National Register of Citizens (NRC) for Assam that will be published exactly a month from now. The NRC updation exercise has been on for the past five years and has taken many tortuous twists and turns.

This led the Supreme Court, which had mandated the whole exercise in 2013, to order a sample re-verification of 10 per cent of the people included in the draft NRC. This exercise resulted in deletion of another 1.02 lakh names from the draft NRC. Only 31 August will reveal how many among the excluded have got their names back on the list. But the numbers of the excluded would definitely be substantial.

No Clarity On Status Of The Excluded

The reason their names were not included was because their claims for citizenship were not accepted; the documents they submitted in support of their claims were found to be inadequate or forged.

Those whose names will not be included in the final NRC will have the option of approaching the courts — the High Court and subsequently the Supreme Court — for redressal.

That means the courts would be flooded by petitions. And they will be examining the same set of documents submitted by individual petitioners in support of his/her claims for citizenship that were examined and rejected by the officials involved in the NRC updation exercise.

The courts, deluged with petitions by those whose names will not figure in the final NRC, may find it very difficult to deal with this flood of petitions and will definitely take a long time in disposing of them.

During the period that the petition of a person whose name has not been included in the final NRC is pending before the courts, what will be his legal status? Will he continue to enjoy the rights of a citizen of India? Will he be able to vote or even contest in elections? Can he apply for government jobs or continue in one if he is already a government employee? Can he buy and sell property? Unfortunately, these are vital questions that have not been addressed by either the Union or state governments.

Going by the juridical principle of a person being innocent until proven guilty, those whose names will be excluded from the NRC cannot be immediately declared as ‘aliens’ and their liberties and privileges as citizens of India automatically cancelled.

At the same time, they cannot be allowed to live as free citizens of the country and have to be placed under some minimal restrictions. What those restrictions can be will have to be worked out by the Union and state governments. And if their intent is right, they ought to do so right away. Also, a monitoring mechanism has to be put in place so that these people do not migrate away from Assam to other Indian states.

The Union and Assam governments have also not decided on what is to be done with those whose petitions (for inclusion of their names in Assam’s NRC and, thus, Indian citizenship) are rejected by the courts.

Their numbers could be substantial, though not in the tens of lakhs that the besieged (by illegal migrants from Bangladesh) indigenous people of Assam had been hoping for. Will they be herded to detention centres and kept there while the tortuous process of sending their details to Bangladesh and waiting for that country to accept them back, which in all probability it won’t, be on?

Bangladesh is highly unlikely to accept that they are citizens of that country, especially if these people had illegally infiltrated into India a long time ago. Bangladesh has accepted only recent arrivals (those whose antecedents and addresses in Bangladesh could be verified) and those who overstayed (as per their visa periods) in India. There is no way that Bangladesh will accept the ones who had entered India illegally from that country a long time ago.

So what should be done with such people? India does not have laws to deal with illegal migrants from other countries that refuse to take back their own citizens. Hence, the Union government should immediately enact such laws that may require even an amendment of the Constitution. And the laws have to be harsh to deter future illegal migration from Bangladesh, or from any other country for that matter.

Moreover, the objective of such laws and regulations should be to not only discourage illegal migration, but also encourage the illegal migrants to move away from India. Human rights activists, leftists and the pseudo-seculars may find such laws offensive, but the interests of India and its citizens and the indigenous people of Assam have to be given primacy over those of illegal migrants who have upset the demographic balance in Assam and some other states of the country.

The Proposed Laws To Deal With Illegal Migrants

These are some of the measures recommended for those whose claims for inclusion in the NRC are finally rejected by the courts, and those who the Foreigners’ Tribunals in Assam declare to be non-citizens:

These are just some of the areas that need to be addressed immediately. There are many aspects to this problem that will need extensive consultations between various stakeholders.

Even the Supreme Court, which mandated the whole exercise, should be kept in the loop while framing laws to deal with these ‘aliens’. It is expected that some political parties which have nurtured the vote banks that these illegal migrants from Bangladesh make for would be opposed tooth and nail to such stiff laws and restrictions.

Such laws will also meet with opposition from human rights organisations and all those who put the interests of aliens above those of Indian citizens and the country’s indigenous people. But the Union government has to muster the will to go ahead with unpleasant, but necessary laws, to deal with this gargantuan issue.

The whole purpose behind framing such strict laws would be to not only discourage future illegal migration into India from Bangladesh, but also to make living conditions in India very difficult for the illegal migrants who have sneaked into India. Thus, they may be encouraged to return to their country of origin in exactly the same manner they had come in: by sneaking through the porous portions of the India-Bangladesh border.

P.S: It needs to be clarified here that the Union government has expressed its firm intent on bringing about the Citizenship Amendment Bill (which lapsed in the Rajya Sabha earlier this year) to grant citizenship to Hindus (and Buddhists, Sikhs, Jains, Christians and Parsis) fleeing persecution from Bangladesh, Pakistan and Afghanistan. So, all Hindus who have entered India illegally from Bangladesh and do not find their names in the final NRC would be granted Indian citizenship eventually. Only, Assam and the North East should not have to bear the burden of hosting them and they have to be re-settled in other parts of the country. It is only the illegal Muslim migrants from Bangladesh who have to be dealt with in the manner stated in this article.

Why Assam’s Final NRC May Not Be A ‘Foreigner-Free’ Register
Why Critics Of Assam’s NRC Are Terribly Wrong
Assam: NRC Exercise May Not Help Much With The Detection Of Ilegal Bangladeshi Immigrants