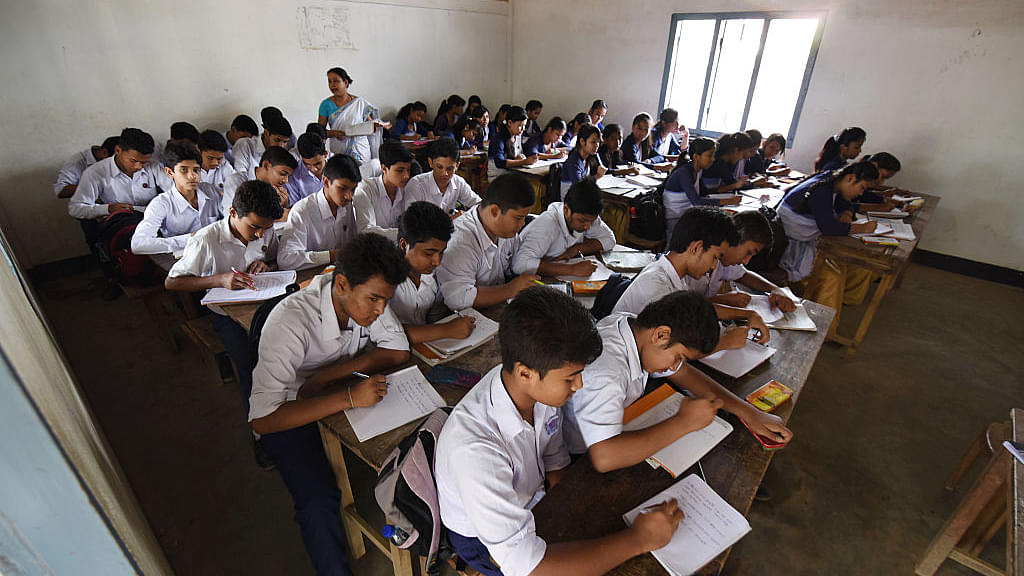 Behavioural economics has several theories that explain why a human makes certain choices given the circumstances. Often the same problem when presented in a different form makes people chose completely different options.

Should poor students get good education?

Almost any reasonable human being is likely to say yes. All of us would love to see poor people getting good education. This is how politicians and media often dumb down a complex issue.

This is a simple question that the general population can understand and answer. It can be asked in five seconds and people take two seconds to answer it. Politicians rally support claiming “let’s give good education to poor people”. A law with several pages gets passed. People cheer.

The law can be summarised in following points:

—Government selects all schools that are run by Hindus only. It then makes hundreds of rules that give 100 per cent control to state education department over how these schools must be run, what fees they can charge, what admission criteria they can impose.

—Any school that fails to comply with the long list of these rules then can be simply be closed down or be taken over officially by the state government.

—These 25 per cent seats are then given away to various castes based on a draw where neither students nor schools can control which school a child studies in.

—The government controls admission for the remaining 75 per cent of the seats as well as accept that there is no specific reservation for any caste, and students have to apply for those seats themselves.

—If the government cannot fill the 25 per cent seats they have taken away forcibly from these schools, then those benches are to be kept vacant every academic year, which means they can’t be filled until class eight.

—Right to Education (RTE) is applicable to all Hindu schools - both aided and unaided. It is not applicable to any Christian/Muslim/Jain school irrespective of whether they are aided by taxpayer money or not.

Coming back to the previous question: “should poor students get good education?” Do people think the RTE law is the answer? Barely. It aggravates the problem creating fundamental issues of religious discrimination.

While almost all provisions of the RTE are bad, the most significant problem is that it is applicable only to Hindu schools. All Christian, Muslims and other minority schools are exempt. For a state like Goa, 50 per cent of its schools are run by the church. For Kerala, the number it is even higher.

Because of the RTE Hindus suffer the following:

—They are unable to run schools in an affordable manner: RTE requires that students have 30:1 student teacher ratio. Now, imagine a Hindu running a school in Mumbai vs a church-run school. Which school has lower expenses? Which school faces a shutdown if it cannot gather necessary funds?

Church-run schools on other hand can give admissions to whoever they want.

—They cannot build specialised institutions: A Hindu cannot decide to build a world-class institute, which will admit only those students who have an IQ of above 135. At the same time a church-run school can do that.

All the celebrities, rich people, government officials, politicians send their children to minority institutions and not to the private RTE-enabled schools. Thackeray family went to Bombay Scottish School, Kejriwal’s daughter went to DPS, Devendra Fadnavis’s daughter goes to Bhavans (unconfirmed). As these powerful people’s kids become powerful when they grow up they help their alma mater. The same benefit is actively denied to Hindu schools.

Right to Education does not increase schools or capacity, it is only about stealing from Peter and giving to Paul.

As someone should have noticed, 25 per cent of seats set aside for caste based students is not really the same as seats for poor students, but at the same time the government is simply doing away with 25 per cent seats for the general category for the sake of caste. This does not help the student community because those 25 per cent of displaced children have to still search for a new school to go to.

The heavy regulation actually reduces the number of seats, forcing schools to be shut down. This reduces total availability of seats. More than 3,000 schools have already been shut throughout India.

Right to Education was deemed unconstitutional by the Supreme Court in TMA Pai vs State of Karnataka. The Indian constitution gives people the right to freely chose an occupation. Under the United Progressive Alliance (UPA) government, the 93rd constitutional amendment was brought about, which took away rights of only Hindus to practise any occupation of their choice.

“I don’t mind paying a little extra so some poor kid can study in my child’s school. Why is 25 per cent reservation a problem?”.

Voluntary donation and coerced extortion are two different things. Imagine you own two flats you have rented out. The government comes up with a “Right to House” and then demands that you give one of your flats for zero rent. You don’t have a choice but to increase the rent on the other flat to cross subsidise this free flat. It does not matter if that other person is okay with it or not, this is government stealing your flat.

There are other problems that are caused by people that the government sends to live in your flat. If the government allocates tenants to your flat then you lose the right to rent out to only singles, married, people with kids, non-alcoholics, non-smokers, non-criminals lowering the value of your real estate over time. Please note that this loss has absolutely no bearing on what rent you are charging from the other person. In fact, if the flats are adjacent to each other you can even assume that good tenants might not want to move in next to the tenants provided by the government.

The school analogy is that the school owners are no more in a position to market and develop their schools as “high quality”, “budget”, “for rich” etc.

“So what if the law applies only to Hindus? At least Hindu schools are being forced to provide education to poor and that is a good thing.”

A law that is applicable only to a group does not mean it gives partial benefits. It is something most common people fail to understand. Imagine this, there are two restaurants. One is run by Hindu, another by a Christian. The government says that only the Hindu-run restaurant is subject to food and health safety inspection whereas the Christian-run restaurant is exempted. Also Hindu run restaurants can serve only government provided menu with prices set by the government so that poor people can eat there too.

Anyone can guess that the Hindu-run restaurant will have to shut shop or sell its business to a Christian to stay in business. The situation with schools is exactly the same.

Closing down a school does not help anyone. It hurts the entire society.

How was the law passed?

The law was passed with very little debate simply because of the first point mentioned in the article. Intellectuals in the country lacked the fortitude to point out the religious discrimination in the law, or the opposition parties at that time were incompetent.

But things are changing fast. We have bloggers dedicated to this single issue. Major publications like Swarajya are writing about it on a regular basis.

The good effect of the noise that very few people are making about this law is actually one of the healthiest political discourses in recent times. The law for Right to Education is being opposed on grounds of equality, private property rights, religious freedom and less government intervention. These issues will only grow and take centre stage as the time passes. This will force all the political parties to take stands based on clearly identifiable principles instead of making emotional arguments.

Akshar Prabhu Desai is a native of Goa, student of IIT Bombay and currently a techie in Silicon Valley.