Hooda Is Past His Sell-By Date; His Revolt Against Congress Doesn’t Matter Much 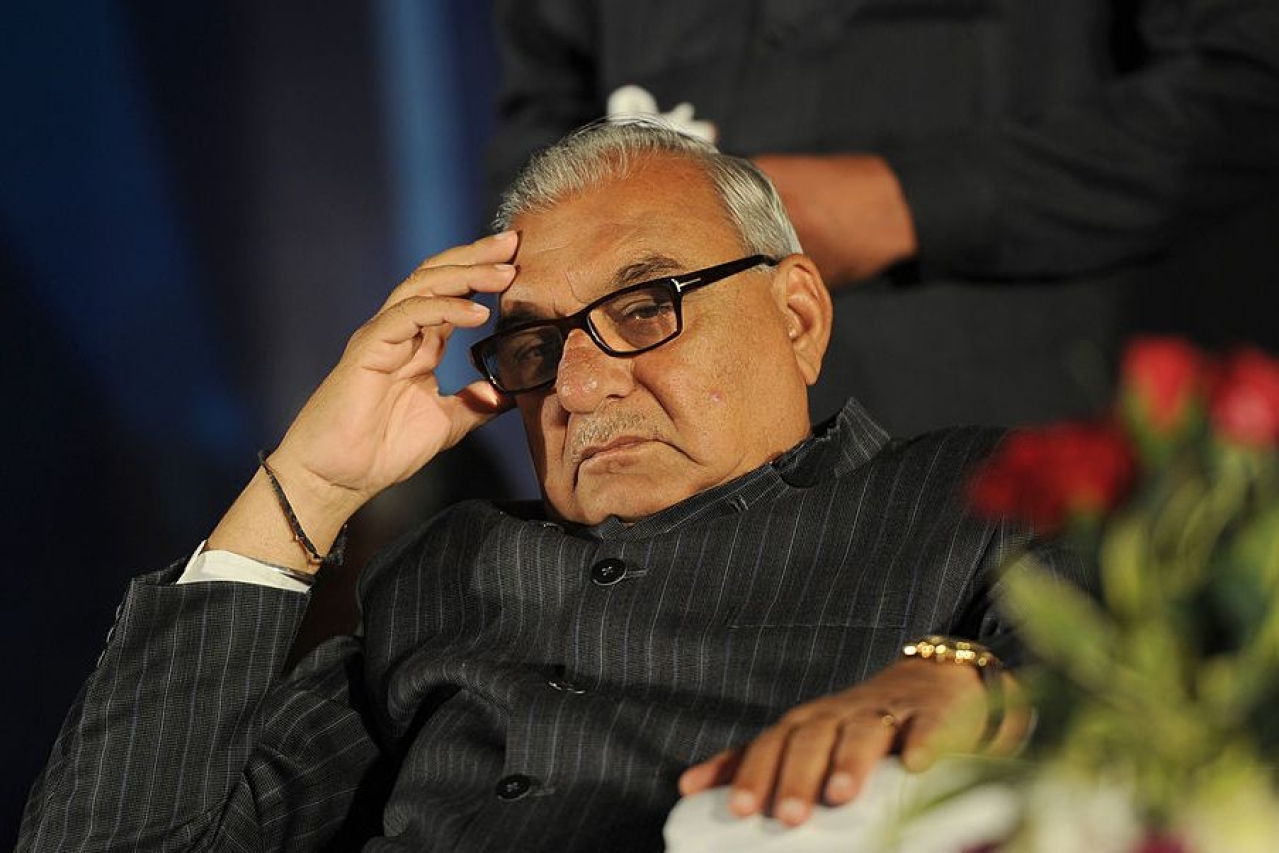 The rumor mill was rife that Hoodas and the majority of party MLAs would jump the sinking Congress ship and form a new party. But it didn’t happen.

In his speech, Bhupinder Hooda castigated his Congress party colleagues directly and the Gandhis indirectly on their opposition to removal of Article 370 from Jammu and Kashmir.

However, he stopped short of announcing any plans to quit the party and ditch the family that had installed him as Chief Minister in 2005. The party high command at the time had picked an inexperienced Hooda over veteran party leader Bhajan Lal.

He ruled the roost for a decade.

But only five years in opposition and Hooda’s loyalty seems to be wearing thin. He is singing the tune of revolt and rebellion. Why?

There is no love lost between him and the current Haryana Congress President Ashok Tanwar, who is seen as close to Rahul Gandhi. Bitter rivalry between Hooda and Tanwar camps has rocked the state unit ever since the party lost power in 2014.

Apart from these two, Randeep Surjewala, Kiran Choudhry and Kumari Selja have their own mini camps. Such internal fights have not allowed Congress to present a unified front against the BJP whose electoral footprint is bulging and popularity surging every year.

Hooda currently has support of 13 out of 15 MLAs. There is no other Congress leader except him whose writ runs large outside their home district. So, it’s natural that he would want to lead the party.

It’s Congress culture at its worst.

And, as the 2019 general election results showed, the Congress high command in general and the Gandhis, in particular, are so far removed from ground realities that they are totally clueless about issues that matter to the people.

From 2004 to 2014, the party gained notoriety for being anti-Hindu. In the last five years, it has sunk even further and is reaching for the ‘anti-national’ epitaph.

Such actions have costs. The armchair Congress leaders in Delhi may have embraced the ideology of the tukde-tukde gang but grassroots leaders like Hooda can hardly afford such luxuries.

So, yesterday, when Hooda said that his party has lost its way and it is not what it used to be, he got cheered on the loudest for it by his supporters than he was for any other part of the speech.

It shows nationalism matters much more than the four-generation long affiliation or loyalty of Hoodas to the Congress.

It’s totally possible that Hooda is conveniently using Congress’ unpalatable opposition to Article 370 abrogation as a smokescreen to leave the party. After all, as far as optics are concerned, it looks so much better that he is quitting over such high principles rather than for being denied control over the state unit.

However, it doesn’t alter the truth that grassroots leaders are increasingly finding it hard to dissociate themselves from the Congress top-brass’ stand on nationalistic issues, especially in a state like Haryana whose residents constitute 10 per cent of the Indian armed forces.

Nonetheless, whether Hooda forms his own party or is given charge of the Congress, he is unlikely to win more than 15 seats --- an overwhelming majority of them from three districts --- Sonipat, Rohtak and Jhajjar.

But with the kind of inroads that the BJP has made in these areas in the past five years, winning assembly seats for Hooda even in these strongholds won’t be a cakewalk.

In the recent Lok Sabha elections, BJP took the lead in 79 assembly seats out of 90 and Congress in only 10 (seven of them in Hooda’s strongholds of Jhajjar, Rohtak and Sonipat).

But as stated earlier, this is a battle for relevance, not to win the chief ministership. Opposition is only praying that they don’t get swept away in a BJP landslide in October like it happened in May.

This also explains why Dushyant Chautala’s JJP (Jananayak Janata Party) has agreed to gift 40 seats to BSP in desperation to stay afloat.

While Hooda’s rebuke to the Congress high command on Article 370 removal hogged the national limelight, alarming populist announcements in his speech went unscrutinised:

-direct benefit transfer worth Rs 2,000 per month to one women in each BPL household in the state

-free bus travel in government buses for all women

-government paying the crop insurance amount on behalf of the farmer

These were some of highly irresponsible freebies announced by Hooda. There is no doubt that if any government implements even half of these schemes, the state will go bankrupt in a matter of days.

When a former chief minister, who is fully aware of the costs involved, makes such reckless promises, it means only two things: either he knows he isn’t going to get the opportunity to fulfill them or he is a liar and a fake.

Above all, this speech makes one thing clear about Hooda’s governing philosophy: he may get out of Congress but Congress is not getting out of him anytime soon.

And for this reason, it wouldn’t be wrong to state that he is past his sell-by date, just like his predecessor, Om Prakash Chautala was in 2005.

Sooner the reality dawns on Hooda, better it will be for him.

Get Swarajya in your inbox everyday. Subscribe here.
Tags:
102 Shares