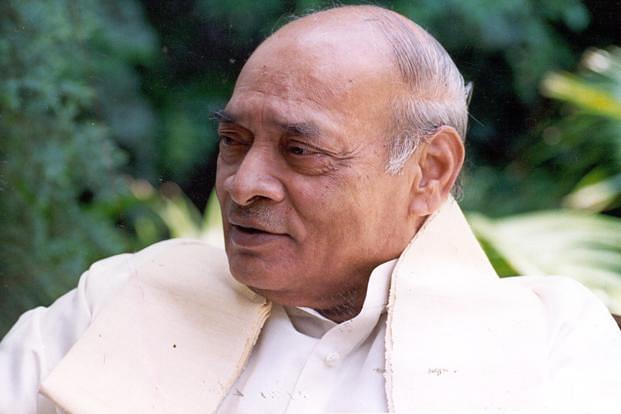 How history was morphed to glorify Manmohan Singh as the sole architect of 1991 reforms while painting P.V. Narasimha Rao as a reluctant, indecisive and often communal Brahman.

Q: Given the minority character of your government, do you feel confident as Prime Minister?

A: Yes, I do feel confident now. Although the responsibility is very heavy, the Congress party can discharge this very effectively. And the kind of response which the government has got from the people during the last three weeks has provided us greater confidence.

Q: Is it due to this that you have resorted to strong economic measures like steep depreciation of the rupee?

A: We mean business now. The country could not wait any longer. These decisions should have been taken long ago.

This is the snapshot of P.V. Narasimha Rao’s interview given to Prabhu Chawla of the Indian Express on 8th July 1991. The then Prime Minister of India, in this interview, comes across as an extremely confident leader who was aware of his historic duty to liberalize Indian economy, especially when he emphatically states, “We mean business now”!

Jairam Ramesh quotes this and another equally unequivocal interview given to K.K. Katyal of The Hindu a day before that, on 7th July 1991, in his book “To the brink and back – India’s 1991 Story.”

Yet, despite these publicly available proofs of Mr. Rao’s total belief in the reforms agenda, Jairam Ramesh presents a subtly contrarian picture when he writes that, “He (Rao) remained emphatic, although I very well knew, as did the Finance Minister, how deeply uncomfortable he was with the move (to devalue rupee), and had, in fact, tried hard to stop the July 3, devaluation”.

Essentially what Ramesh is telling us is simple – do not believe all the interviews, all the publically available records which forcefully state P.V. Narasimha Rao’s total faith in the reforms, but believe my own fantasies that he was a reluctant reformer.

This has been the intellectual snobbery of the last two and a half decades that India has lived with, wherein history has been subtly morphed to somehow glorify Manmohan Singh as the sole architect of 1991 reforms while trying to paint P.V. Narasimha Rao as this reluctant, indecisive and often communal Brahman.

Prime Minister Rao is that conjecture of India’s economic history whom everybody wants to forget by anointing a more pliable individual as the emperor of reforms. But alas, the decade of decay between 2004 and 2014 has put an emphatic full stop to any such effort and Jairam Ramesh’s latest attempt also fails to add any gloss to Manmohan Singh’s checkered CV.

No doubt, in 1991, as yet untouched by Sonia Gandhi and her NGO friends, Manmohan Singh as a career economist heading the Finance Ministry was indeed a novel idea. One can definitely argue with enough evidence that Dr. Singh did provide the actual technical detailing to Mr. Rao’s vision when the reform process was unleashed and their effectiveness was essentially due to their teamwork. Yet, here too, Ramesh attempts to pay his due loyalties to the Gandhi family.

It is a well-known fact that Manmohan Singh was not only a surprise choice but also an unprecedented choice to head the Finance Ministry which was hitherto considered as a political job. Most commentators strongly believed that Pranab Mukherjee would be the Finance Minister in the Rao cabinet.

In the run-up to the 1991 elections, it was Mukherjee who was advising Rajiv Gandhi on all economic matters and within the Congress party he was the ‘go to man’ for all affairs relating to Finance and Economy. Indeed, Jairam Ramesh also states this in his book, but then contrives to dubiously speculate by quoting some dyed-in-the-wool Gandhi family loyalists to buttress his attempt to posthumously eulogize Rajiv Gandhi.

Had Rajiv Gandhi not been tragically assassinated in May 1991, Pranab Mukherjee would probably have been his natural choice as the Finance Minister as all public records prove. For instance, Mukherjee was the chief drafter of economic policies in the Congress manifesto committee.

Yet Jairam Ramesh quotes Mani Shankar Aiyer – who is always willing to invent newer ways to somehow bestow greatness upon the Gandhi family – to dwell into Rajiv’s mind and speculate that possibly the late Gandhi scion would have also chosen Dr. Singh as his FM and followed the path of reforms.

Truth though is strikingly different and possibly quite uncomfortable for Jairam Ramesh to admit – who, by the way, comes across as a petulant child whose inputs were constantly ignored by Prime Minister Rao possibly because of lack of any depth.

Truth is that Rao symbolized a complete break from India’s past; from Nehru, from Indira Gandhi and also from Rajiv Gandhi. He negated all that the Congress party had stood for till then, be it a socialist economy or the license-permit raj or unbridled (pseudo) secularism.

Jairam Ramesh, does try his best to subtly put Manmohan Singh on a higher pedestal than P.V. Narasimha Rao but his book ends up pausing in admiration of Rao simply because the force of history overwhelms him with facts. He, in fact, concedes in the final chapter that for the historic changes of 1991 to occur, Singh was incidental whereas Rao simply was irreplaceable:

‘Would I.G. Patel (a former RBI governor and reportedly the first choice of Rao) have been unlike Manmohan Singh had he been Finance Minister?’ asks Jairam Ramesh and then goes on to give the obvious answer. ‘Substance-wise, decidedly not; but perhaps in style, here and there.’

A debate in the parliament on 26th August 1991, quoted in the book, exemplifies what Narasimha Rao had achieved in just a matter of 3 months. After Nirmal Kanti Chatterjee (a CPM MP of West Bengal) had made an intervention in the parliament deeply criticizing the government’s reform process by giving an example of how ‘washing machines’ can lead to unemployment of maid servants (sic), this is how Rao replies back to him:

Nirmal Kanti Chatterjee: How many?

Nirmal Kanti Chatterjee: Those resources which are utilized for producing washing machines could be utilized for other purposes… (Interruptions)

Prime Minister: That is the point. If you take that as the criterion then you will remain a country of maid servants only!

This is what history must recognize in P.V. Narasimha Rao. He almost single-handedly rescued India from that mindset of maid servants. In an era when any deviation from socialism was considered as anti-national, Prime Minister Rao took on the entire establishment to show an alternate pathway to India’s destiny.

Throughout his prime ministerial years Rao was a lonely man.

Decades of rank incompetence during Congress era had meant India’s economy was in tatters. Matters had reached such a pass that India was virtually on the brink of a total collapse.

As Jairam Ramesh explains in his book, ‘By end-March 1991, short-term debt, whose original maturity was 12 months or less, had reached over US$8.5 billion, which was about 10% of the country’s total external debt. Worse, short-term debt whose residual maturity was 12 months or less was much higher at around US$13.6 billion. These were staggering amounts, especially given that our foreign exchange reserves (including gold) at the end of March 1991 amounted to no more than US$5.8 billion.’

The Rao-Singh team not only brought back India from the brink but also within a short span of two years put our country on an unprecedented growth path. All of this was achieved in an atmosphere of absolute hostility from all quarters despite the fact that not only did Narasimha Rao lead a minority government but also he did not exercise full control over his party.

Today Modi enjoys full majority and has nearly unquestionable control over his party but has failed to pass even simple, more universally acceptable laws like GST for the last year and a half.

Indeed Mr Modi must learn to emulate Narasimha Rao’s capacity to unleash reforms at a staggering pace. What also needs to be redressed is the utter neglect of possibly India’s best Prime Minister of 20th century, for what is modern Indian history without recognizing the one man who once again taught an ancient civilization the art of self-belief?