How To Be Anti-National: A Primer 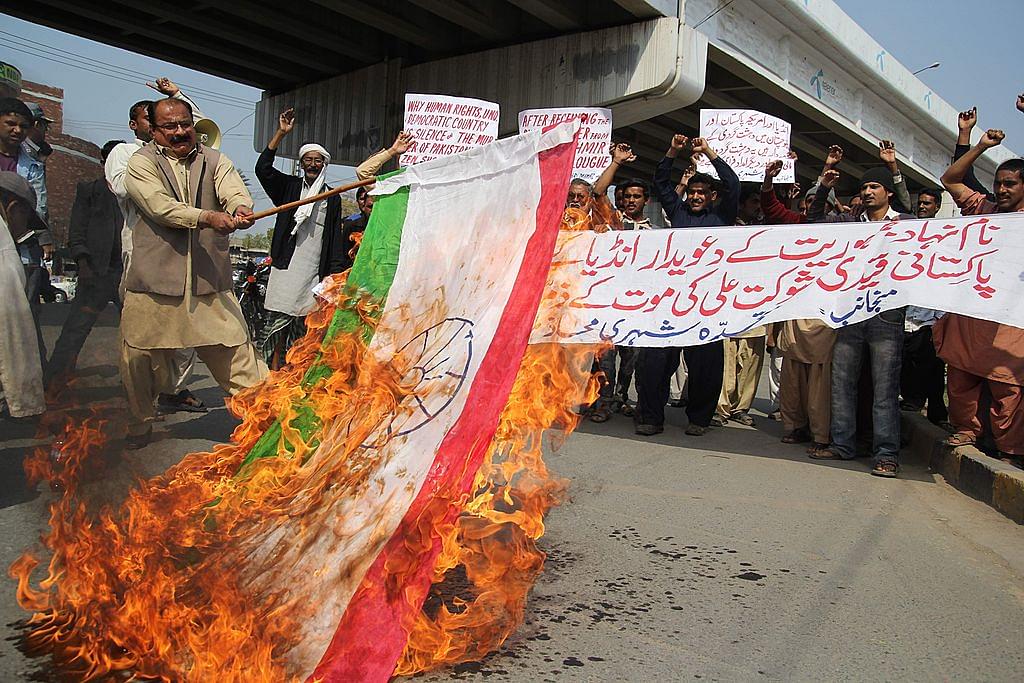 In the storm in a teacup over Smriti Irani’s calculated assault on Rahul Gandhi and his commie chums at JNU, there has been a lot of talk about anti-nationalism and treason. Nobody seems to have an exact definition for what anti-nationalism is all about, but, as has been said elsewhere in a different context, we know it when we see it. Somebody like Mahadevi, widow of Lance Naik Hanumanthappa, would know it best. She urged students to not be anti-national.

Here are a few instances of what I personally consider to be anti-national behaviour. On 27 February, 2002, the Sabarmati Express was set on fire in Godhra by a mob, leading to the burning alive of 59 Hindu pilgrims, mostly women and children. It also resulted in severe communal riots, not to mention the retreat from Operation Parakram, a threat to invade Pakistan. These results were not good for the country at all. The Godhra mob was led by members of the Congress.

A report by the World Economic Forum shows how wealth was created in the world over the last 40 years. If you look at the animation, you can see how India was ahead of China to begin with. In the 1980s and 1990s, however, China overtakes India, leaving it in the dust. This was an economic crime against India, and it happened on the Congress’ watch.

The recent Jat agitation in Haryana led to scores of deaths and much destruction of property, in addition to tarnishing the #MakeInIndia program and its afterglow. It turns out, also, that 17,000 trees were cut under cover of the riots. And, when it became clear that some senior Congress people had incited the riots, the mainstream media quietly swept it under the carpet. Two birds with one stone: you personally loot public and private property, and hurt the nation’s image.

There was also a particularly egregious episode: the Congress’s role in rewriting an intelligence report and censoring the bit about Ishrat Jehan being an agent of the Pakistani Lashkar-e-Toiba (LeT). The Congress deliberately lied about her, only to demonize Narendra Modi. Congress went to great lengths, according to a statement by G K Pillai, then Home Secretary, to turn a trap laid by intelligence agencies into an alleged act of extra-judicial killing.

The bare facts seem to be as follows. Ishrat Jehan, an innocent-looking Muslim teenager from Mumbra, was traveling in Gujarat with Javed Sheikh (alias Pranesh Pillai), and two Pakistanis in 2004. They were shot dead by intelligence agencies.

In one version of the narrative, they were operatives planning to assassinate Modi. In another version, they were innocents done away with in a staged ‘encounter killing’

The entire mainstream media, and the ruling UPA at the center, immediately declared that it was indeed an encounter killing, and that poor innocent Ishrat had been murdered. But that doesn’t answer the question of what she, a pious Muslim woman, was doing in a car with several men who were not her husband or close relatives, and two of whom were Pakistanis. That itself suggests secrets.

I have long been sceptical of Ishrat Jehan’s innocence, for one simple reason: the LeT admitted in so many words she was their operative, in the immediate aftermath of the incident. The LeT was quite upset: their big peeve was that she was lying dead, unveiled. But they soon removed the statement from their website, sensing that they had a public relations coup on their hands.

Later, I read Praveen Swami’s article on how Ishrat and Javed Sheikh had travelled to many places, registering in hotels as husband and wife. That suggests what G K Pillai is saying now is true: she was providing ‘cover’, as a couple is viewed as less suspicious than a man alone. Also, some years ago and more recently, David Headley told an investigating team that Ishrat was an LeT suicide bomber targeting Modi. He should know, as the principal go-between.

But the important point is that Congress deliberately downplayed her LeT role. Pillai says that someone at the ‘political level’ deleted the Pakistan connection from the case files. They then framed several upright policemen in the case including D G Vanzara and Rajinder Kumar, ruining their careers. The corollary is that other police officers would think twice before investigating any suspected terrorists.

But why did they do all this? The simplest answer is that they were looking to destroy Narendra Modi by whatever means possible. Was that in the nation’s interest? No, since they were subverting the CBI and the IB for political ends, with the result that terrorists would have an easier time later. In some ways, this reminds me of IK Gujral’s unfathomable act of betraying all of India’s undercover ‘assets’ in Pakistan. Not in the national interest at all.

Similarly, the Left has demonstrated its sterling anti-national credentials time and again. We don’t have to go as far back as 1962, when they supported the Chinese attack on India. We just need to look at what they have been doing in JNU, and recent reports about how the Congress-Teesta Setalvad combination toxified textbooks. They have given succor to thugs and worse. They celebrated the killing of a large number of Indian security forces in Dantewada in 2010. They murdered an estimated 50,000 rivals in West Bengal, and an estimated 20,000 in Kerala.

Therefore, before lecturing the rest of us on nationalism, the Congress and the Left should look in the mirror. “Physician, heal thyself”.