If Modi Wants More Disclosures Of Black Money, He Must Rattle The Realty Market 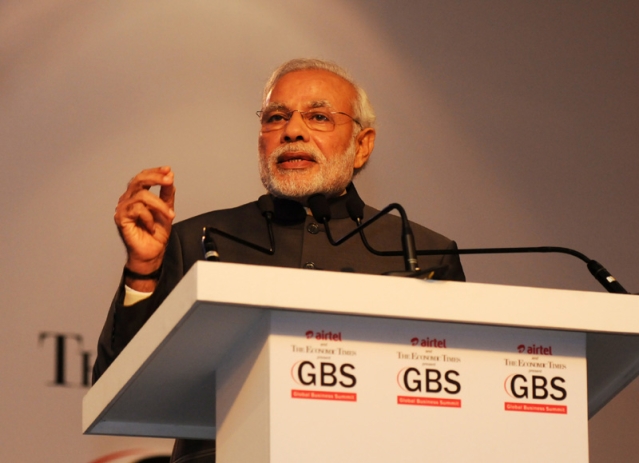 The government’s latest voluntary disclosure scheme for undisclosed incomes – the deadline for which ends on 30 September – appears to be heading for as underwhelming an outcome as last year’s scheme to ferret out undeclared foreign assets and incomes.

If last year’s scheme ended up with just 638 voluntary disclosures of Rs 4,147 crore, resulting in a tax collection of Rs 2,488 crore, in the ongoing scheme to give domestic evaders a chance to come clean, the disclosures till mid-August seem to add up to a piffling Rs 4,000 crore, Business Standard reports. At 45 percent tax, the tax yield will be less than Rs 2,000 crore on this disclosure – peanuts.

However, it is early days yet, and most people intending to disclose their black incomes tend to wait till the final days – when clarifications from the tax authorities tend to come thick and fast. So, this scheme will not be the kind of flop the earlier one was. However, Business Standard says the government had hoped for declarations of upto Rs 1,00,000 crore in order to collect nearly Rs 45,000 crore in additional taxes. That hope looks distant now, given that only 18 days remain till the deadline.

The current scheme is certainly better structured and more conducive to voluntary declarations, since the tax charged is a less extortionate 45 percent compared to last year’s 60 percent. At that higher level, crooks would have been more willing to take their chances with the law, since Indian courts have been notoriously slow in deciding tax cases. If the perceived costs of evasion are lower than the costs of compliance, many would have preferred to take their chances with the law.

The 45 percent rate is probably reasonable, but it will work only if the government brandishes a big stick as well. The real problem is that there is no threat perception that non-compliance will result in serious consequences, even though Prime Minister Narendra Modi, in an interview to CNN News 18, did warn that this was their last chance. He said in the interview:

“For all those who are still willing to come in the mainstream, I have said this in public that 30th of September is your last date. You may have made mistakes with whatever intentions. Whether it has been done willingly or unwillingly, here is your chance. Come into the mainstream. I have this plan for people to sleep peacefully at night. People must accept this. And no one should blame me if I take tough decisions after the 30th. This money belongs to the country’s poor. No one has the right to loot this. This is my commitment. I am working with full force and will continue the effort.”

This makes the PM’s broad intentions clear, but unless black money hoarders believe that the government is going to come down like a tonne of bricks, many may still chose to remain silent. The reason is simple: a huge chunk of India’s black money is with politicians and not just businessmen. And a lot of this money is held in benami names, largely in real estate.

If Modi really means business, he will have to move against black money in real estate. This is what will rattle the skeletons of black money holders and shake up the system.

Unfortunately, there is no sign that the real estate business is going to be shaken up, and the Finance Minister is, in fact, talking about lowering interest rates to help real estate revive.

At the The Economist India Summit 2016 last week, Arun Jaitley said low rates were key to reviving the housing market, currently burdened with oversupply and few buyers. He said:

“During Mr Vajpayee’s government, bank rates had come down to such an advantageous level that it was easier to buy an apartment than rent it out. That sort of situation had existed where the EMI has been reasonable. I think that’s the direction in which we have to slowly push the economy.”

To refresh Jaitley’s memory, the housing market revived during the second half of Vajpayee’s government not due to lower rates, but lower property prices. It is affordability that enables volume growth in real estate, not lower debt costs alone.

If Modi really wants to revive housing, there is a simple way to do it: force cuts in housing costs in states ruled by his own party, and use the black money law to rattle the market. This may not only force a few more disclosures by 30 September, but also pressure realtors to bring down prices so that more buyers are willing to take the plunge.

But in the process Modi will be courting more political enemies. Not an easy choice to make.