In India, Wahhabi Extremism Is A Ticking Time Bomb 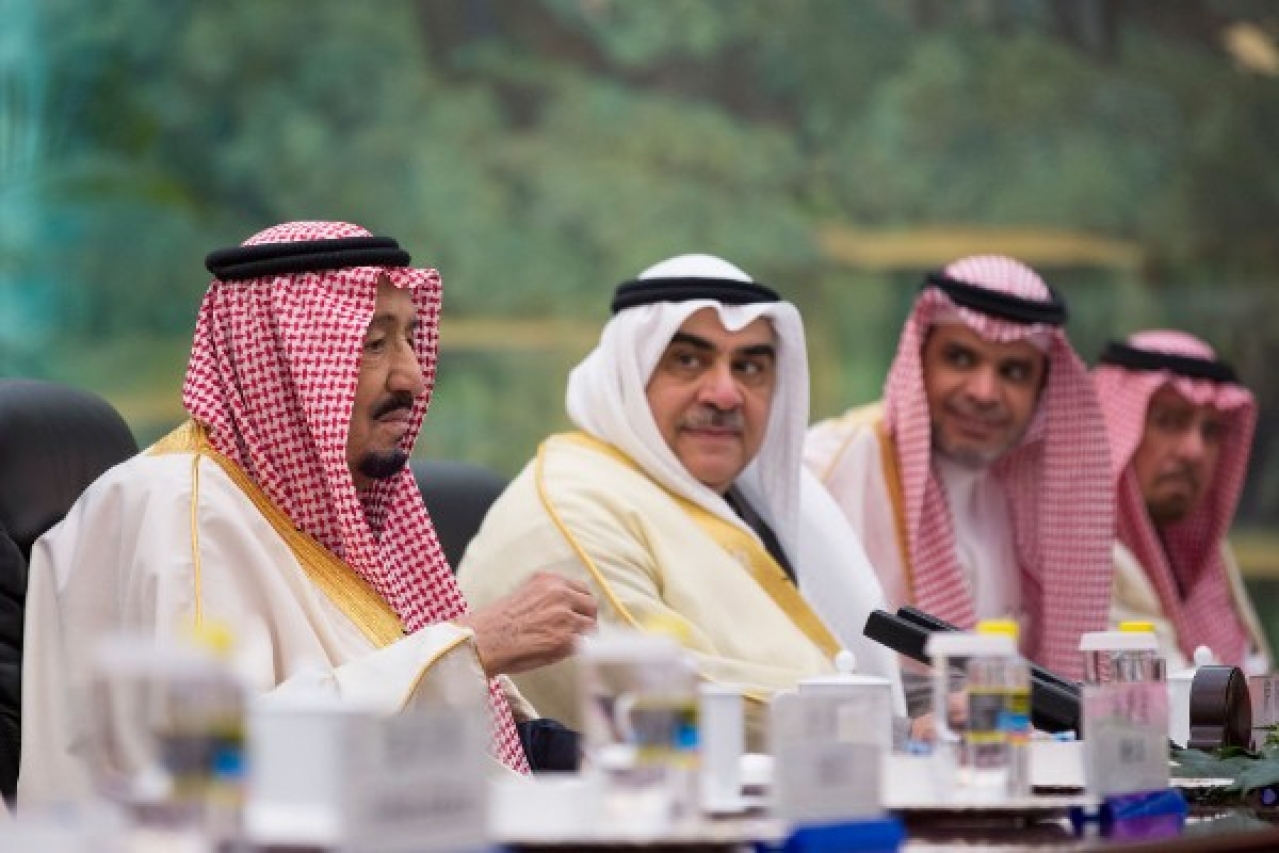 Lately, changes in the hinterlands of India are hard to miss. Sleepy and laid-back towns such as Udaipur (Rajasthan) have witnessed huge protests and agitations in favour of Myanmar’s Rohingyas, not out of rational and enlightened concerns of internationalism, but out of the feeling of being an inalienable part of the Ummah, the global Islamic brotherhood. In many two-tier cities, the local dailies often report of the felicitation of the middle-class and upper-middle class Muslim boys getting admission in far-off Wahhabi Islamic universities of Kerala (Dainik Bhaskar, Udaipur, 29 June 2018). The Persian ‘Khuda Hafiz’ and the holy ‘Ramzaan’ are gradually giving way to Arabic ‘Allah Hafiz’ and ‘Ramadaan’ as a wave of Wahhabi proselytization sweeps across the country.

Islamic State recruiters have been caught in cities such as Jaipur and Ajmer, and several youngsters from relatively prosperous states such as Kerala, Karnataka and metro cities such as Hyderabad have travelled to Syria to join ISIS (caliphate). In small cities such as Udaipur, there have been violent clashes between the Deobandi groups and Barelwi-Sunni Muslims. In one of such incidents, a Deobandi Muslim’s dead body was exhumed from the Barelwi graveyard and sent back to his relatives. In the border areas of Rajasthan, several new foreign-funded mosques have sprung up and Deobandi preachers can be seen engaged in intense proselytization.

Further, the spread of Wahhabi extremism is not merely confined to a small-radicalised section of the Muslims in the two-tier cities of India. The phenomenon is receiving a broad acceptance in the community as a religious reform movement in places that hitherto followed syncretic Sufi-Barelvi Islamic traditions that are liberal and tolerant. The students from small towns, born and brought up in a liberal and multicultural environment receive an entirely different kind of Islamic education at Islamic universities such as Dar-Ul-Huda (Kerala), one that is fundamentalist in nature and alien to the local liberal traditions of Islam.

India is at a crossroads. Its Muslim community that has so far remained resilient to the global spread of Jihadi ideology is now showing signs of coming under its sway. South Asian Islam, despite a history of communal violence, has a unique and distinct nature that has evolved over centuries of interaction with other faiths in a multicultural society of South Asia. Of late, India’s version of Islam is facing an existential threat from ideologies such as Wahhabism, Salafism and Deobandism — all are extremist and literalist schools of Islam. Such doctrines are both domestic and foreign. The events mentioned above are merely the symptoms of the malaise of radicalisation that is much larger in magnitude and deep-rooted in nature. Further, contrary to the general perception, the challenge is not merely from the petrodollar-funded Wahhabi extremism but also from the South Asian variants of extremism such as Deobandism, Tableeghi Jamaat and Ahle-hadith.

The extremist schools are strictly against worshipping pirs (saints), local common Hindu-Muslim deities and tombs, and they strictly implement the Sharia law in the matters of dress, worship and hygiene. They are against all syncretic Hindu-Muslim traditions in music, rituals and social customs. These ideologies may not be violent in themselves, but they fire the forces of radicalisation in a vigorous manner that helps in creating foot-soldiers for the jihad, including lone-wolf attackers.

An Intelligence Bureau (IB) report says that Wahhabis control roughly 40 mosques in Maharashtra and 75 in Kerala. Latest data informs that about 1,000 Ahle-hadith mosques have opened up in Kashmir (The New Arthashastra, A Security Strategy For India). Further, in an informal conversation with a state intelligence official, I found out that in North India, they also lure ordinary Muslims (most of them follow Barelwi school) living in extreme poverty with financial aid.

The same report also shows that there are 1.8 million Wahhabi followers in India. There is a robust funding channel from Saudi Arabia. USD 124 million was earmarked for setting up four Wahhabi universities, USD 62 million for building 40 mosques, USD 46.5 million for madrasas and USD 15.5 million for the upkeep of existing mosques.

In Southern India, the situation is becoming worrisome lately as compared to North India, where the hold of the local Barelvi tradition of Islam is still firm. Christopher Jafferlot offers a brilliant expose in his article “Saudi Connection” of Salafi foothold in Kerala. He notes that “According to a Saudi embassy cable in Delhi, millions of riyals have been reserved for the Islamic Mission Trust of Malappuram (Kerala), the Islamic Welfare Trust and the Mujahideen Arabic College in Palakkad. Further, he informs that two Islamic organisations have benefited from Saudi financial support: The Popular Front of India (PFI) and the Social Democratic Party of India (SDPI). Reports of PFI running terrorist camps have appeared. PFI and SDP have gained considerable influence in Kerala and coastal Karnataka. Further, PFI has also been charged with the murder of communist party and Rashtriya Swayamsevak Sangh (RSS) workers in Kerala. Moreover, in South India, Wahhabism is also making inroads into politics.

The narrative on Wahhabism in the academic and intelligence world is also deeply flawed in India. First of all, minority matters are susceptible in electoral politics, so there is a tendency to avoid a healthy debate on these issues among all the political quarters. Now, even the right-wing BJP that owes its rise to Hindutva politics refrains from taking strong positions on the subject of Islamic extremism, lest it might lose that little support base it has created in the progressive sections of the Muslim community after its reforms on divorce laws in Islam. A very senior counter-terrorism official told me that save the official or legal part, even unofficially, there is no policy to address the spread of extremism. When I followed up with central-level intelligence officials, they concurred with the absence of a policy on the said matters and said that generally, they leave such things to state-level officials. The state-level officials usually sweep the issue under the carpet or respond in a manner that suits pragmatic and political considerations. Additionally, the knowledge and training of state-level intelligence officers are poor in this respect. I came across several officers who did not even know what Wahhabism is.

Among the ‘intellectuals’ and academicians, there is a tendency to brush aside the rise of Wahhabi extremism as a reaction to Hindu extremism. However, this is far from the truth. The fact is that Wahhabism has a long history in India dating back to the eighteenth century, much before the rise of Narendra Modi or BJP. Wahhabism’s central plank in India is not hatred towards Hindus. Its primary line is of returning to the fundamentals of Islam, the world that prevailed in seventh century Arabia. In the wake, it brings hatred towards other communities, a passion for jihad and an extremist mindset that is highly intolerant of other belief-systems.

Unfortunately, the menace of Wahhabism extremism is mostly going unnoticed in India. The local Muslims are facing a double onslaught - the invasion of foreign extremist ideologies on their cultural and religious existence and the rise of Hindu extremism. Moreover, both of them feed into each other. With a history of bloody communal riots, the spread of extremism does not portend well for India. It may wreak havoc on already delicate communal relations, and it may become worse given the archaic and ill-equipped law-enforcement machinery.

Get Swarajya in your inbox everyday. Subscribe here.
Tags:
837 Shares