In Madhya Pradesh, Rajasthan, And Chhattisgarh, It May Well Boil Down To The SC-ST Vote 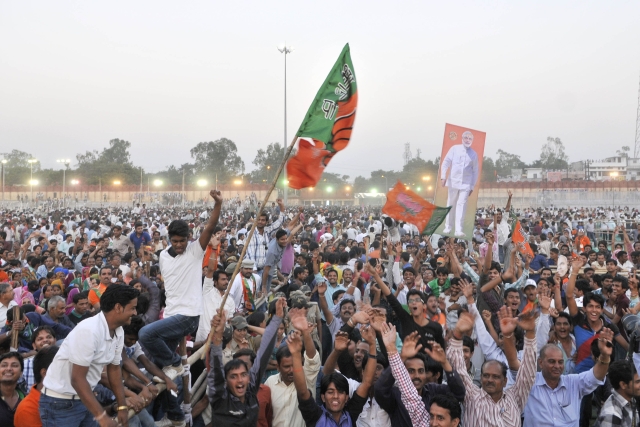 The first phase of the Chhattisgarh assembly elections was on November 12 and the second and last phase is today. Meanwhile, candidates have also been announced for Madhya Pradesh and Rajasthan elections.

Caste has always dominated the politics of India. Amidst efforts of parties to create a perfect caste alliance on each seat, the Scheduled Castes-Scheduled Tribes(SC-ST) voters, which have a high representation in all the three states, are expected to play the role of kingmaker in these elections.

These figures clearly show that the SC-ST community has played an important and effective role in these three states.

In MP, 5 districts, Jhabua, Barwani, Dindori, Mandla and Dhar have ST population of more than 50 per cent (majority) while Shahdol and Umaria have more than 40 per cent. These districts account for half of the ST reserved seats. Ujjain and Sehore have SC population of more than 30 per cent. Chamar and Balahi are the major sub-castes among SCs accounting for half of the population. Bhil and Gond account for three-fourths of ST population. In 2013, 36 per cent SC voters backed BJP, 33 per cent Congress and 22 per cent BSP. On the other hand, 47 per cent ST voters backed BJP and 43 per cent backed Congress. BSP has good presence in SC seats, it won 3 in 2013. On 8 seats, BSP’s vote share was higher than margin of victory.

Prior to elections in the state, the Congress was in the process of forging a tie up with Mayawati to defeat the ruling BJP. BSP has decent support among SC voters, specially “Jatavs’’ which comprise of 47 per cent of SC population. Mayawati herself belongs to this sub-caste. This could have boosted the prospects of Congress in SC reserved seats. However, the talks failed and Congress could pay a heavy price for this.

Jay Adivasi Yuva Shakti (JAYS) has been fighting for the rights of tribals in Madhya Pradesh for some time now. Congress has given a ticket to its President Dr Hiralal Alawa from Manawar seat. This could boost party’s prospects in ST reserved seats. However, rebellion has broken out in JAYS ranks which could prove to be tricky for Alawa and Congress.

Rajasthan has 33 Assembly seats that are reserved for the SC community. BJP won 31 of these in the 2013 state polls. Districts with high ST population in the state include Dungarpur, Udaipur, Banswara, Pratapgarh (more than 50 per cent). Ganganagar, Hanumangarh and Karauli have more than 25 per cent of the SC population. The BSP didn’t win any SC reserved seat from Rajasthan in 2013. But in 2 seats, it recorded a higher vote share than the margin of victory.

The National People’s Party (NPP) state chief and MLA Kirodi Lal Meena, who had left the Bharatiya Janata Party is now back. With his return, the BJP is eyeing the 7 per cent Meena vote bank in the state.

The SC-ST seats in the state also follow the state-wide trend. In 2003 and 2013 BJP won majority of these seats. In 2008, most of these seats (higher than BJP) were captured by Congress. It remains to be seen whether this trend will continue or not.

Chhattisgarh has for long been a centre of Naxal activity and violence. For decades now, the state government has been involved in a brutal tussle with Maoist groups, with armed violence ensuing from both ends. Naxals have strong hold over South Chhattisgarh, in the tribal-dominated districts of Bastar, Dantewada, Kanker which for 13 seats. Turnout in the region is lower than state average and NOTA votes cast are higher than state average.

Chhattisgarh has always witnessed a straight contest between the two national parties. But, the emergence of former chief minister Ajit Jogi has made things tricky in the state, where the difference in vote share between the BJP and the Congress was less than one per cent in 2013. Ajit Jogi, who was earlier in the Congress, has struck an alliance with the Bahujan Samaj Party, which enjoys influence in some parts of the state. Jogi is fairly popular among tribals and Satnami community, but his weakness is that many still believe he is part of Congress as his party has not been able to spread the message of his symbol in the predominantly rural populace.

To sum up, the voting preference of the SCs and STs could well decide the outcome of the elections in Madhya Pradesh, Rajasthan, and Chhattisgarh.

With inputs from Kumari Khushboo.