In Visceral Modi Hatred, Opposition Is Willing To Destroy The Credibility Of Election Commission 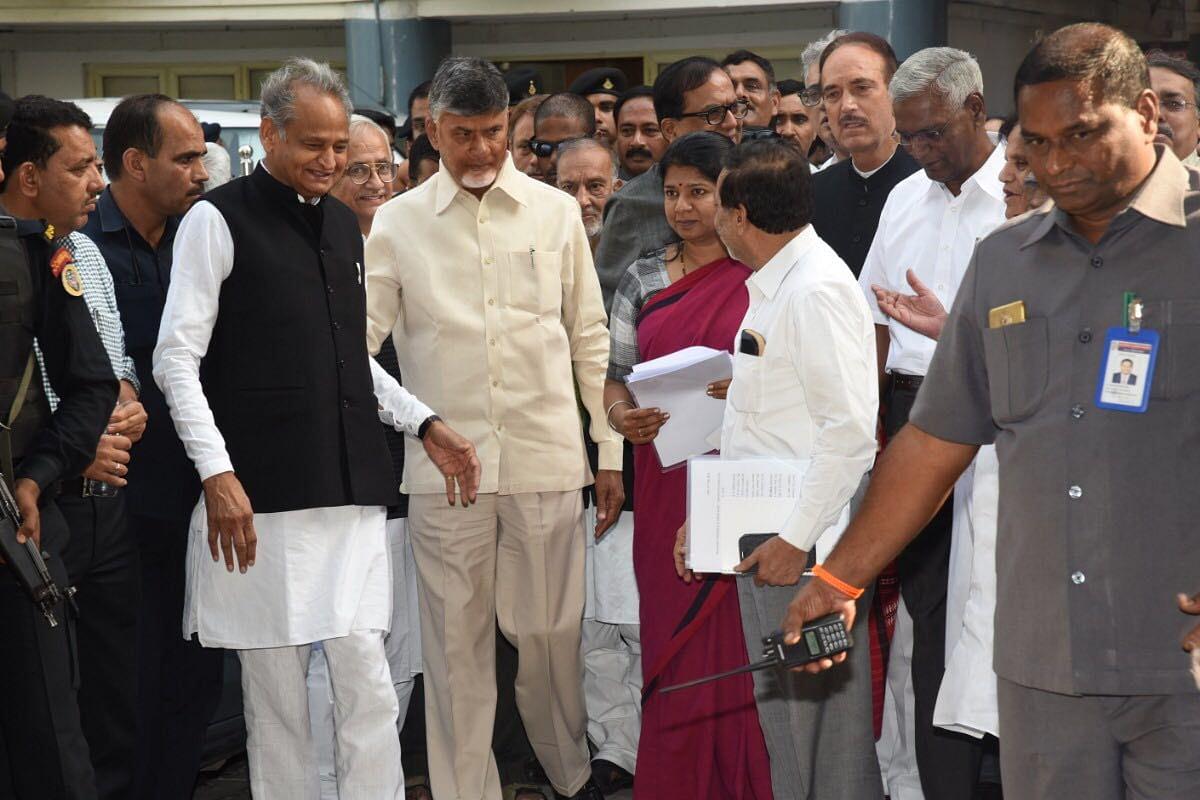 There is nothing more scandalous and ruinous of institutions than repeatedly raising doubts over their legitimacy on one pretext or the other. Whether it is monetary policy, or judicial verdicts, or the recent decisions of the Election Commission, this is unfortunately what the anti-Modi opposition has been repeatedly doing.

With results barely two days away, 21 opposition parties yesterday (21 May) raised a ruckus over the Election Commission’s alleged partiality, when these can easily be countered. Consider what the opposition has been trying in its relentless campaign against the Commission.

One, force the Election Commission to count the VVPATs (voter-verifiable paper audit trail) first before counting the votes locked in the electronic voting machines (EVMs).

Comment: The current practice is to count five VVPATs in each constituency after the EVM votes are counted, to check for any anomalies. In theory, there is nothing wrong in counting either EVMs or VVPATs first, as long as a discrepancy is not used to discount the whole exercise. The idea behind asking the Election Commission to look at VVPATs first is to shout and scream if any discrepancy emerges, when the problem may be localised.

In any event, all that a VVPAT does is allow a voter to check if his vote has registered for the candidate he intended to vote for. The purpose of checking a sample of five VVPATs in each constituency is to ensure that the votes registered by the EVM are not at variance with what the VVPATs indicate. Counting the VVPAT first is like using a sample survey or an exit poll to invalidate the entire final vote which represents the opinions of all those who voted. Clearly, the purpose of this opposition gambit is to use small issues with EVMs or VVPATs to invalidate the will of the people.

Two, make repeated claims that EVMs are being hijacked, and that the Election Commission is not careful about guarding them.

Comment: The Commission has repeatedly said that the EVMs that may have been transported by private vehicles or moved by other means are not the ones on which voting actually took place. These are back-up machines, and they will be junked after the counting is done and the results are finalised.

However, this point raised by the opposition is at least partially valid. The Commission must not be careless with any EVM, whether they contain votes or are merely spares meant for replacing other machines that may malfunction.

Three, allege bias again and again, citing the Election Commission’s decision to not penalise Narendra Modi and Amit Shah for some of their political speeches which apparently violated the Model Code of Conduct (MCC).

Comment: This is the most despicable of allegations, for elections are celebrations of democracy and free speech. To clamp down on any political leader who is seen to be making some politically incorrect speeches is nothing less than trampling on free speech. The Model Code of Conduct is not a law that can be shoved down the throats of politicians, but a guide and exhortation to decent debate. It is only partially actionable in cases of extreme transgressions.

Four, make no mention whatsoever of the actual assaults on free and fair polling, as has been the case in violence-prone West Bengal. Also, never refer to the politically incorrect speeches of any opposition leader, whether Rahul Gandhi or Mamata Banerjee.

Comment: This is hypocrisy raised to the power of 10. The real threats to democracy come from violence and intimidation, and the Bengal voter has faced all of it under Trinamool rule. When Mamata Banerjee can threaten that she will take “inch-ka-inch badla” after the elections, she should have been locked up for intimidating voters. But there has not even been a murmur of protest against this condemnable attempt to keep anti-Trinamool voters out of election booths.

Five, use the dissenting voice of Election Commissioner Ashok Lavasa, who wants his dissent notes put out in public view, to paint the entire commission as biased.

Comment: It is clear why Lavasa is being made a hero by the opposition under the circumstances. The idea is to use his dissenting voice to paint the entire Election Commission as biased in favour of the BJP and NDA.

Decisions on the Model Code of Conduct are executive decisions, and while it is fine to note dissent, making them public when an election process is on can hardly develop confidence in the voting public. If every dissenting note is put immediately in a press note, the public will learn that the Commission is divided on some issues (which is a healthy thing), but it could also conclude that it is being unfair or indulging in infighting. This can only derail the Commission’s independence by reducing its credibility with the public.

The full three-member Commission’s decision yesterday (21 May) to not make its dissent notes public during election time (but making them available later through RTI queries) is the right one. Lavasa is being a bit too clever by half by dissenting even on this. He wants the Commission’s decisions on Model Code violations to be time-bound and carry specific kinds of punishments. If his views had been the majority view, the Commission would have tied itself hand and foot. It would also need thousands of fact-checkers to decide which speech was a violation of the MCC and which was not. Lavasa’s views would have two consequences: one is that we may see a vertical spike in complaints, since all parties will want to gag rivals in the midst of a campaign, and two, they may also force the EC to ban some speakers, which will have a chilling effect of free speech during an election, which is when it is needed most.

Lavasa does not appear to be asking for transparency; he seems to want to invest the Commission with more powers to gag politicians during election time. His views, and those of the opposition, which are latching on to his dissenting notes, are essentially about gagging Amit Shah and Modi.

The conclusion should be clear: visceral Modi hatred is now damaging institutions that we ought to be proud of. The opposition is not serving the cause of democracy or its institutions by its repeated attacks on the Election Commission.