India To China: ‘We’ll Respect One China Policy If You Back One India’ 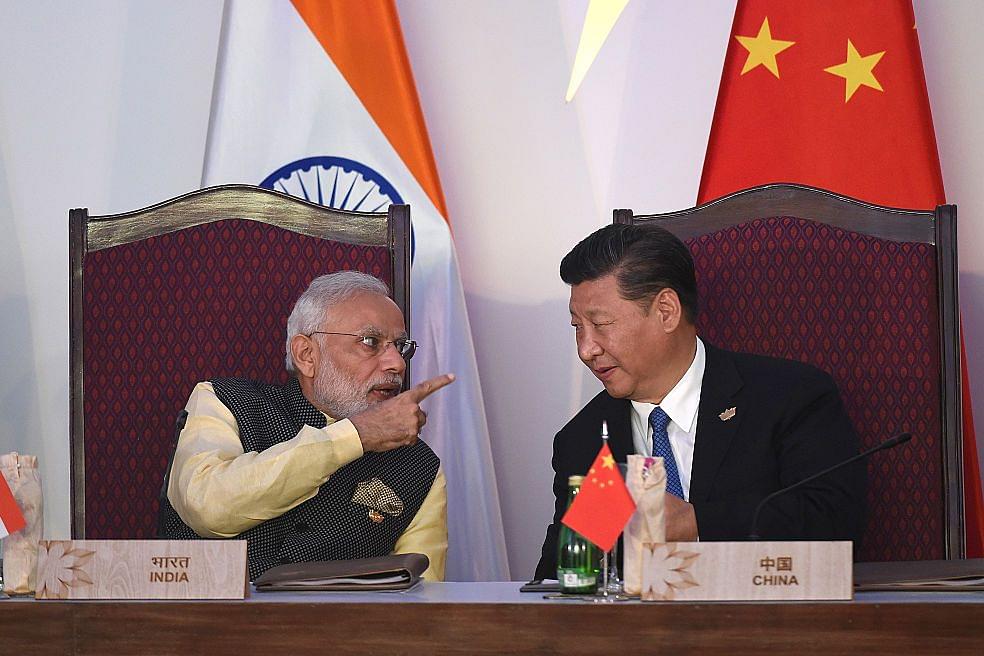 After having come to power with a bigger mandate, the Narendra Modi government has developed a mature manner of dealing with China. It can even be called the ‘new China doctrine’, and hinges on talking politely, but firmly, to Beijing and alluding to China’s own vulnerabilities.

This is exactly what the new External Affairs Minister Subrahmanyam Jaishankar did when he travelled to Beijing for three days last week. According to top sources in the Ministry of External Affairs (MEA), Jaishankar was very polite but firm when he responded to concerns raised by his Chinese counterpart Wang Yi over developments in Jammu & Kashmir.

Jaishankar told Wang that the issue was an internal matter of India and had no international ramifications. He also told the Chinese Foreign Minister that bifurcation of the state and abrogation of Article 370 did not alter the Line of Control (LoC) between the two countries, nor was India making any additional territorial claims now.

However, pointed out seasoned diplomats, the far more important message delivered by Jaishankar was that “both countries should be sensitive to each other’s core concerns”. One of China’s core concerns, and a subject it is hyper-sensitive about is its territorial integrity and the ‘One China’ policy.

China bristles at any mention of Taiwan, Tibet and Hong Kong, or any perceived challenge to its strong-arm tactics to enforce suzerainty over South China Sea. Jaishankar’s message to China essentially was: ‘if you want us to respect the One-China policy, you also respect the One-India policy’.

This, say MEA mandarins, is a very strong message to China, though couched in ‘diplomatese’ .

Diplomats Swarajya spoke to said that such a strong message underlining reciprocity has never happened in the past. Earlier, when China would deliver sermons and raise issues like J&K, India would try to meekly explain its stand. The firmness in India’s voice started emerging from 2014 and now it is very distinct and clear.

India has also delivered the subtle message that it can leverage many pressure points (such as Tibet, Taiwan and Hong Kong) to cause discomfiture to China. If India leverages Vietnam’s protests on China’s unilateral muscle-flexing in the South China Sea, or Japan’s strong claims over the Senkaku Islands during discussions, China will freeze, said a senior MEA officer.

India can also step up its engagement with the Quad, which Beijing views as an anti-China grouping, or raise concerns over China’s treatment of minorities like the Uyghurs. India chooses not to needle China, not out of fear, but out of respect for China’s concerns, and since it follows a policy of non-interference in another country’s internal affairs, it has been silent. China has been duly reminded of this gracious policy.

In addition, our firm handling of the Doklam standoff in 2017 has made China realise that today’s India is no more Nehruvian, and rather Modi-esque. Threats will no more be effective. The new doctrine is that India will now speak to China as an equal and demand that it sheds its belligerence of the past. India-China ties will now be based on the anvil of ‘mutual respect’ and reciprocity.

Jaishankar also made it clear to Wang that India greatly values its ties with China and wants to genuinely strengthen them, but as an equal. He has sought Beijing’s help in reducing the yawning US $57 billion trade deficit (bilateral trade amounts to US $95.5 billion) by providing access to China’s markets for Indian pharmaceuticals, IT services and products, and agricultural produce.

Jaishankar, who served as India’s ambassador to Beijing from 2009 to 2013, has sought Chinese investments in India’s manufacturing sector, especially in high-precision engineering and electronics.

Meanwhile, China has sent some ‘early harvest’ proposals to New Delhi to “build trust between the two sides” ahead of the summit between Prime Minister Narendra Modi and President Xi Jinping on 11-12 October this year. These proposals, currently on National Security Advisor Ajit Doval’s table, reportedly relate to steps that India could take along the India-Tibet border.

Doval will meet Wang in Delhi in mid-September. This meet will pave the way for the Modi-Jinping summit that will take place, most probably, at Varanasi.