Infiltrators, Smugglers And Traffickers Stopped In Their Tracks On India-Bangladesh Border 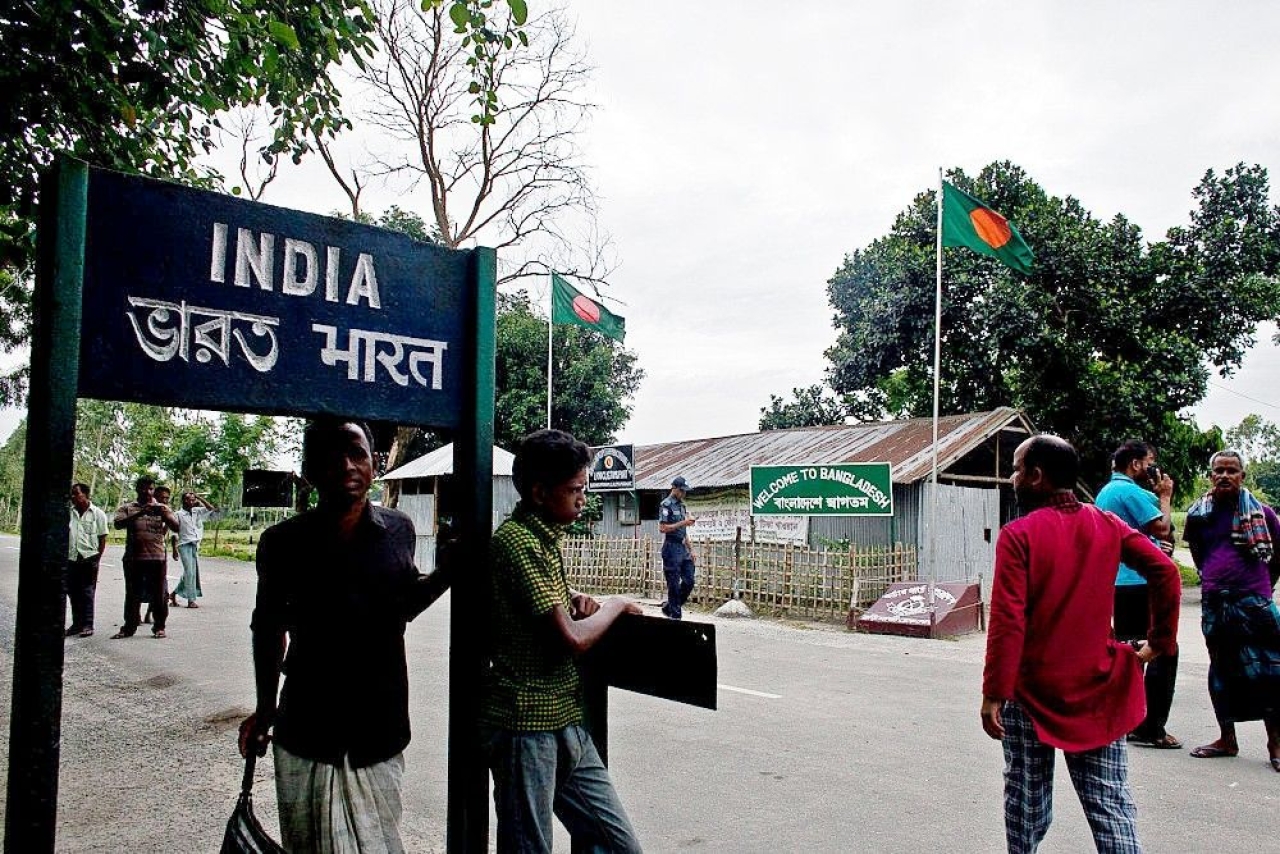 Arvind Kumar, a Border Security Force (BSF) Inspector, sits glued to an array of monitors attached to a pack of sophisticated gadgets inside a tent pitched on the sandy banks of the Brahmaputra. Kumar heads a platoon that is part of a company which is tasked with guarding a riverine stretch of the India-Bangladesh border at Takimari in Assam’s Dhubri district (see this map).

Till a week ago, Kumar had a frustrating task. It was frustrating because he and his colleagues were often unable to prevent Bangladeshis from sneaking into India, smugglers from transporting cattle to Bangladesh, and drug traffickers and criminals from crossing the border with impunity. The international border at Takimari is a notional one over the river and since it is impossible to either erect a fence cutting through the river, or maintain foolproof round-the-clock vigil along the border. Criminals and infiltrators used to have a free run.

The Brahmaputra enters Bangladesh from Dhubri and at this point, the river breaks into countless channels. The width of the channels ranges from a few metres to a few kilometres. The channels often merge, especially during the monsoons, and then break into new channels during the dry season. Sandbanks emerge and disappear with unpredictable regularity.

At Takimari, the international border slices through one channel of the Brahmaputra in a northwesterly to southeasterly direction, then takes a sharp 35 degree turn towards the northwest to reach the north riverbank. From here, it takes a near 90 degree turn to travel in a southwest-south axis parallel to the flow of the river Then it takes yet another sharp 90 degree turn to the east to cross two channels of the river and a large sandbank to reach the other bank of the river (see this and this map). It would appear to anyone that Cyril Radcliffe, who drew the border line, allowed his infamous pen to acquire a whimsical and carelessly playful life of its own.

“It used to be impossible to guard the riverine stretches of the border round-the-clock. Most of the incursions and border violations used to take place at night since it was impossible to instal searchlights along the entire stretch of the border here. How can one instal search lights or flood lights over water? So this, and many other similar stretches of the border in this sector were extremely porous. Illegal entry of Bangladeshis, cattle smuggling, drug and arms trafficking and other criminal activities were rife. There was no way we could control, leave aside put a complete halt to all these illegal activities, despite our best efforts,” said the second-in-command of a BSF battalion deployed in Dhubri.

For many decades, the BSF had been raising this concern with the Ministry of Home Affairs (MHA). Successive home ministers and MHA mandarins had spoken of the need to put in place ‘smart fencing’ or ‘electronic surveillance’. But the proposal to mount electronic surveillance of the porous and riverine stretches of the international border were never formulated and formalised on paper.

It was only in 2015, during the tenure of the current Narendra Modi government, that the BSF was asked to undertake pilot projects to mount electronic surveillance along the border. Two such pilot projects were successfully implemented in the northern and western sectors. In January 2018, the IT wing of the BSF was tasked to take up the Border Electronically Dominated QRT Interception Technique (BOLD-QIT) under the Comprehensive Integrated Border Management System (CIBMS).

A small stretch of the India-Bangladesh border at Dhubri was chosen and in a record time of a few months, the pilot project was installed and successfully tested. The BOLD-QIT surveillance mechanism was then made operational along a 61-km stretch of the border at Dhubri. It was inaugurated by Home Minister Rajnath Singh a week ago at the BSF’s Barmanpara Border Outpost (BOP) in Dhubri. Singh had pushed for the installation of this system after Israel’s border guards demonstrated its efficacy along the Israel-Palestine border during Singh’s visit to Israel in November 2014.

The BOLD-QIT mechanism is an amalgam of sophisticated microwave communication, DMR communication system, day-and-night surveillance cameras, electro-optic underwater and underground sonar sensors, radars, aerostats and optic fibre cables. This array of sophisticated surveillance and communication gadgets provide live feed of one particular section of the border that a specific BOP is tasked with guarding. Monitors hooked onto all these surveillance equipment provide the live feed and BSF personnel, who have been trained over the past few months to handle these equipment, maintain round-the-clock vigil on these monitors. Any intrusion can be detected immediately and BSF’s quick response teams (QRTs) can rush to the spot to tackle the intrusions.

The underwater sensors and monitors can detect the movement of even small fish. Alarms go off even when rats burrow underground holes near the border line. The powerful surveillance cameras that have night vision capabilities also provide live feed to the control rooms in each BOP. A total of 21 BOPs along the 61-km stretch of the border at Dhubri have been covered by the BOLD-QIT mechanism. Cameras and radars mounted on aerostats are the BSF’s eyes in the sky. In the future, aerostats will be used to monitor communication along the border to foil smuggling, infiltration, human trafficking, drug trafficking and gun-running.

Over the past week since the commissioning of the BOLD-QIT system, nearly two dozen alerts were sounded. “Our QRTs rushed to over a dozen spots where border violations were detected, but these were foiled successfully each time. The BOLD-QIT system is totally foolproof and we can say with immense satisfaction that the border is now impregnable at its most vulnerable riverine stretches,” said a senior BSF officer posted at the force’s sector headquarters at Panbari in Dhubri. A few attempted infiltrations by humans trying to swim across the river from Bangladesh into India and a dozen attempts by smugglers to transport cows to Bangladesh from India along this riverine stretch have been foiled so far.

The porous and riverine international border in Dhubri was infamous for cattle smuggling, drug trafficking, gun-running and for easy illegal migration from Bangladesh. Since 1947, the demography of Dhubri, which was part of Hindu-majority Goalpara province of Assam, has changed and it has become a Muslim-majority district. Owing to the porous border, Dhubri has also become a hub of Islamic fundamentalists and mushrooming Wahhabi mosques and madrassas preaching intolerance and hatred in the district.