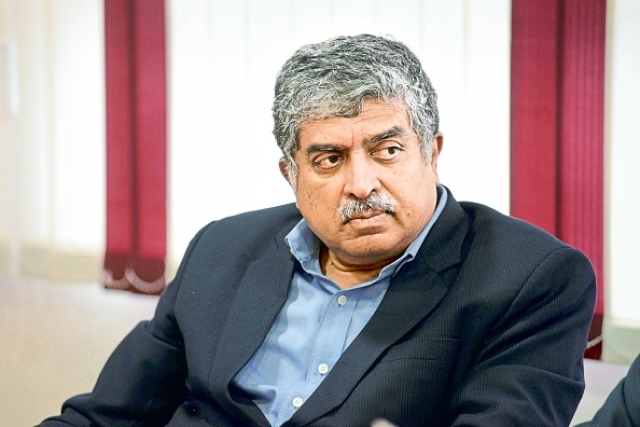 Infosys Ltd chairman R Seshasayee may be on his way out even as a chorus calling for the return of co-founder Nandan Nilekani grows louder, five days after CEO Vishal Sikka abruptly resigned and the board blamed former chairman and promoter N R Narayana Murthy for the exit.

An Infosys spokesperson would not comment on either Seshasayee or Nilekani. Nilekani did not respond to an email, a text message and phone call seeking comment.

According to three people directly aware of the latest development, Seshasayee’s future as chairman of Infosys looks precarious and he may step down in the next few weeks, maybe even days.

Nilekani, who has had a successful post-Infosys stint as head of the Unique Identification Authority of India (UIDAI), has previously been reluctant to return to Infosys – Murthy reached out to him after returning as Infosys chairman in 2013 to revive the company’s floundering fortunes – but may not be averse to a temporary non-executive role if it can save the company, a fourth person familiar with the matter said. Mint learns that Nilekani, who was scheduled to travel to the US on a previously planned trip, has deferred his plans because he is very upset at the board’s angry note directed at Murthy and that he has been meeting Murthy every day since.

A fifth person said on condition of anonymity that co-chairman Ravi Venkatesan has, over the past few months, sought to convince Nilekani to take over either as chairman or co-chairman.

If Seshasayee does resign, then a shake-up of the board is certain, the first three people added. All of them requested anonymity.

“There will be sweeping changes on the board,” said one of the three.

Mint could not immediately ascertain which board members would quit if Seshasayee resigns, but over the past six months, Murthy has called for the resignations of Jeffrey Sean Lehman, who is the head of the nominations and remunerations committee, and Roopa Kudva, who heads the audit committee. Lehman, who has served on the Infosys board for over a decade now, is in any case unlikely to ask for a renewal of his term, which ends in 2018.

“Investors’ confidence in the board is at an all-time low, and they want blood,” said Phil Fersht, CEO of US-based HfS Research, an outsourcing research firm. “Seshasayee is likely to take the fall for the whole Sikka debacle and the rushed Panaya acquisition. I also expect Roopa Kudva and Jeff Lehman to follow him out.”

Mint reported earlier on Wednesday that large institutional investors, proxy advisory firms, brokerages, top executives at the company and some of the company’s 200,000-odd employees have questioned the board on its decision to release a six-page note blaming Murthy for Sikka’s resignation. On Wednesday, some domestic institutional investors and former employees of Infosys called for Nilekani’s return to the company.

Since the company released the letter blaming Murthy, he and the other founders have spoken to a number of large institutional investors of Infosys and have gone about garnering support for a potential showdown with the board.

Murthy, who was supposed to address investors on Wednesday, postponed the meeting to next week after being taken unwell, according to two more people aware of the developments.

“The company does not have any further updates to share at this point of time. In case there are any developments we will inform the media in due course. We will not be making any comments on speculation and rumours,” said the spokeswoman.

This is not, however, the first time that Seshasayee has faced pressure to resign. Over the past six months, Murthy himself has called for Seshasayee’s resignation several times for what he has perceived as serious breaches of corporate governance, based primarily on the board’s handling of the Panaya acquisition and its subsequent investigation and its now-infamous decision to pay a Rs 17.38-crore severance to former CFO Rajiv Bansal.

For his part, Seshasayee himself has conceded that he has come close to resigning from his position as chairman of Infosys over the past 18 months but said that he didn’t think that would have solved the problem.