Is ‘Lynchistan’ The Result Of Copycat Effect, Bad Journalism, Or Both? 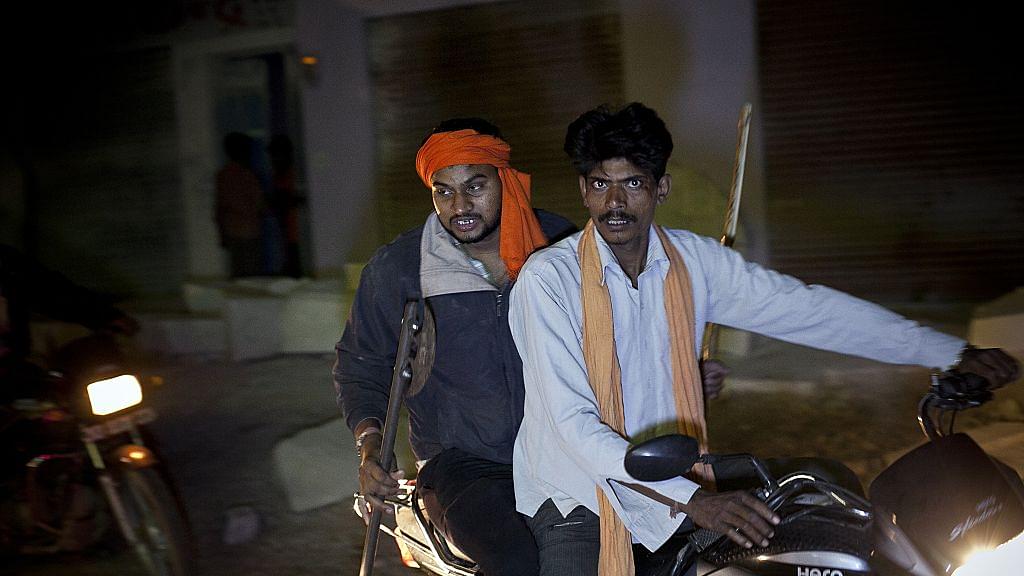 As the lunar calendar moved closer to Eid, two gruesome incidents happened. Two Muslims were killed: one outside the Jamia Mosque in Nowhatta, Kashmir and another one a train from Delhi to Haryana. The former was a Deputy Superintendent of Police (DSP) Mohammed Ayub Pandith, and the latter was a seventeen-year-old boy, Junaid. Both the murders happened through mob violence and on nights considered sacred to Muslims.

In the case of Junaid, a group of twenty people, some of them drunk, got into what started as a minor altercation with Junaid and his brother, over seats on a train. Soon it escalated. The gang of twenty attacked the boy and his brother. Then they stabbed Junaid and his brother multiple times. The seventeen-year-old boy succumbed to injuries. During the fight, the drunken murderers, seeing the skull cap on Junaid, had also hurled religious slurs at him.

In the case of DSP Pandith, there is now a suspicion that the lynching was preplanned. He had come to offer prayers. Someone spotted him. He was a local and no stranger. Some youngsters found him ‘suspicious’. They started getting violent. The Hindu reports in a matter of fact manner: As rumour spread that he belonged to some "security agencies and was a non-Muslim," a mob lynched him even as the Mirwaiz (chairman of the separatist outfit Hurriyat) was inside the mosque delivering his sermon. A mob of two hundred stripped him naked and stoned him to death. Soon the family members of Pandith who complained to the police about him missing were given the naked body of Pandith for identification.

In the case of Junaid, there was no political or religious motive as such. It was an altercation that happened between rowdy drunkards and decent travellers which turned murderous. The religious slur, inhumanly ugly, was incidental and increases the justified anger at the tragic event. Every Indian citizen would be right to demand for speedy enquiry and justice for the family of Junaid.

Very quickly the Communist Party of India (Marxist) – CPI (M) sent its delegation to the village of the victims and the delegation made the announcement that the police should ‘ascertain the political affiliation of those involved in the horrific mob lynching’. It went on to accuse the Bhartiya Janata Party (BJP) for they said that ‘the accused would not have dared to target the victim but for the ‘political patronage’ in the BJP-ruled state. Brinda Karat, one of the members of the CPI(M) delegation, told the reporters that ‘the killing was not a one-off incident’ but ‘the result of a toxic campaign of the Sangh Parivar’. The same Karat was featured in this India Today report as saying that ‘Mirwaiz should not be blamed for lynching and that the government should instead talk to the separatists’.

In his brilliant piece on the roots of mob violence in India which he correlated with ‘too meagre’ and/or ‘too politicised’ police force, R Jagannathan pointed out the biases in reporting. His piece linked to the reports and op-eds that exposed the emptiness of the ‘Lynchistan’ claims. In fact, some of the established media reports have doctored the data communally by blocking out a significant number of events of lynching by Muslim mobs. When an eminent sociologist told BBC that the lynchings under Modi government created ‘politics of insecurity and anxiety’, what he conveniently forgot was that a section of media had been working overtime to create it.

Even the cow-protection vigilante groups are not a new phenomenon. Brazen arms-wielding, mafia-like vigilante groups have been uploading videos—of themselves thrashing drivers inhumanly for allegedly trafficking cattle in their trucks—since a few years. For example, this YouTube video of cow vigilantes with Bollywood style fake arms beating people was uploaded on 8 September 2013 ; here is another from Telangana which was uploaded on 28 June 2013.

Most of these vigilante groups have little to do with either Sangh Parivar or BJP. They were there, and the same violence had been there for years. They have publicised their activities over the internet, and yet they remained the fringe. They never received the national attention they were craving. However, with the Modi government coming to power, these vigilante groups became the focus of a section of the media and were given disproportionate coverage as it plays well into the negative stereotypes about Hinduism in general, and Hindu nationalists in particular.

When it comes to media reporting crimes, care is taken to avoid the triggering of copycat effect crimes. The copycat effect, also known as 'imitation effect' or 'contagion effect', is defined as 'the power of the communication and culture to create an epidemic of similar behaviours.’ Suicide events of the 1980s and the school shootings of the 1990s are considered in the West to be copycat phenomena.

Loren Coleman, author and cultural behaviourist, who has worked at the ground level on preventing suicides and school shootings, points out in his book The Copycat Effect (Simon and Schuster, 2006).

The scope of the copycat effect is being realized. We are now seeing the impact of the copycat effect across many kinds of media-discussed violence.Even more alarming, a cross-contagion is taking place. Some school-shooting incidents are followed by workplace violence, mass killings, or other dramatic suicides or accidents.

Replace the US-contextual 'school-shooting' with 'lynching' and 'workplace violence...' with 'communal violence and riots', and you get what is happening in India. The relation that Coleman talks about between the 'breaking news' which 'bursts onto your screen or radio every day, day in and day out' and 'tomorrow's next series of violent events', is too obvious in the case of the biased reporting done by some media outlets. But what is unique to this Indian phenomenon is that unlike in the West where the copycat phenomenon is an unintended negativity arising out of sensational or even sober reporting, here it seems to be one of the desired results of it.

This media–vigilante symbiosis works like this: the former gives the vigilante storm troopers limelight they crave for and they, in turn, defame the central government. The copycat effect comes into play. Every conflict if linked with ‘beef’ and ‘cow’ can get media limelight now. Even localised and personal conflicts can be diverted from the original problem and made into national headlines for the wrong reasons. So, the frequency of such reporting increases. Even as such reports get debunked, they serve their purpose in the national psyche, creating copycat crimes and spreading a fear psychosis.

This media behaviour is worth a detailed study though right now it has to be seen for what it is—communal polarisation through unethical journalism.