Is This The Beginning Of The End For UDF In Kerala? 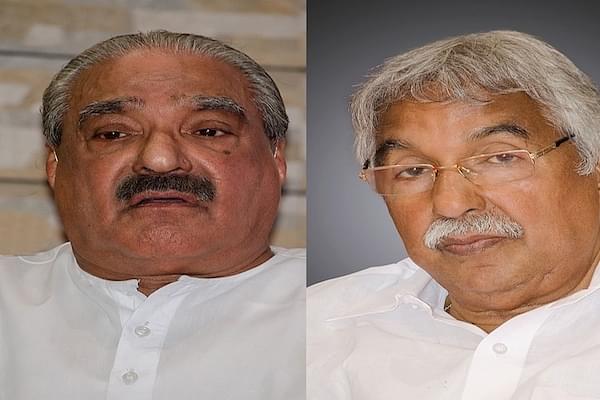 On 7 August 2016, K.M. Mani, the leader of his eponymous faction of the Kerala Congress announced the exit of his party from the Congress-led United Democratic Front (UDF) after a tenure of almost 35 years in the front. According to reports, the veteran politician’s decision was triggered by a host of factors including the apparent failure of the INC to adequately defend him in the ‘Bar Bribery Case’. His exit has the potential to change the contours of Kerala politics by dealing a death blow to the existence of the UDF as one of the two dominant players in Kerala politics.

The UDF is still recovering from the crippling loss it suffered in the 2016 Assembly elections where it plummeted to defeat against the Communist Party of India (Marxist) CPI(M)-led Left Democratic Front (LDF). The UDF managed to win only 47 seats in the 140 seat assembly with a contested vote share of 38.8 percent which is over 6 percent lesser than its vote share from 2011. This sharp decline in the UDF’s vote share in 2016 corresponds with a 250 percent increase in that of the Bharatiya Janata Party (BJP)-led National Democratic Alliance (NDA) vote share from the 2011 election.

The increase in the NDA vote share, at the expense of the UDF and the exit of Mr Mani’s party from the UDF, points to a sharp unravelling of the UDF’s social base in Kerala.

The UDF was formed in the 1970s as the brainchild of veteran Congressman K. Karunakaran as a vehicle to bring together all anti-Marxist forces in Kerala on one platform. The original incarnation of the UDF for the 1970 election included the Congress, the Muslim League, the CPI, the Revolutionary Socialist Party (RSP), the Kerala Congress and other smaller parties. This alliance won landslide victories in the 1970 and 1977 assembly elections in Kerala. The alliance has seen multiple incarnations with the CPI and the RSP, leaving it in the name of “Left Unity”, (a much weaker RSP re-joined in 2014) and the Kerala Congress splitting into multiple factions which merged and split regularly. However, the Congress, the Muslim League and at least one dominant faction of the Kerala Congress (since 1982, it has been Mr Mani’s faction) have always constituted the core of the UDF.

The three parties represented a broad social coalition with the Congress, bringing in upper-caste Hindus, the middle class, upwardly-mobile Other Backward Classes (OBCs) and a section of the Christians (especially in the coastal districts), and the Muslim League bringing in a bulk of Muslim votes mainly from Malabar. The Kerala Congress factions, for their part, relied on the support of Christian “settler farmers”, especially in the Christian dominated inland districts of Kottayam, Pathanamthitta, Idukki and the eastern parts of Ernakulum district.

The coalition, thus, brought together all anti-Marxist social groupings in Kerala with the exception of a small faction which voted for the BJP. The ability of this “rainbow coalition” to take on the Marxists was illustrated by the Assembly election wins in 1977, 1982, 1991, 2001 and 2011. The UDF also contributed handsomely to the Congress kitty at the national level with the Front winning at least half the Lok Sabha seats in Kerala in every election from 1977 to 2014 except for 1980 and 2004. However, the extreme political polarisation in the state meant that these wins were typically narrow with the vote share difference between the LDF and UDF, in victory or defeat, typically not exceeding a couple of percentage points.

Accordingly, any rise in the fortunes of the BJP in the state had the potential to severely weaken the UDF as the BJP, like in the rest of the country, had a natural attraction to the upper-caste Hindu support base of the Congress. This was illustrated in the 2004 Lok Sabha election where the NDA (consisting of the BJP and a rebel faction of Mr Mani’s Kerala Congress) won a hitherto unprecedented 12.4 percent of the votes and one seat, consigning the UDF to finish to an abysmal 38.4 percent of the votes— its lowest ever vote share in a Kerala election till date— and one seat.

The result of 2004 showed the inherent vulnerability of the UDF against a rise in BJP fortunes in Kerala. However, the NDA’s national loss in 2004 and the subsequent drift of the BJP, nationally and in Kerala, meant that the BJP never built upon the gains of 2004. This permitted the UDF to re-emerge as the sole anti-Marxist pole in Kerala politics, winning 16 Lok Sabha seats in 2009 and a narrow majority in the 2011 Assembly polls. The massive defeat in 2006 was caused mainly on account of a substantial pro-LDF swing due to severe anti incumbency against the UDF.

However, two factors emerged post the 2011 assembly polls in Kerala, combining with certain trends in Congress politics in Kerala under Sonia Gandhi— once again, exposing the vulnerabilities inherent in the UDF.

The first was what was considered to be the minority appeasement policies of the UDF, under the Oomen Chandy government, with the government accused of favouring the Muslim League as well as Christian churches. This, combined with the national leadership of the Congress supporting the A.K. Antony/Oomen Chandy faction in the state Congress— as opposed to the faction under the erstwhile leadership of K. Karunakaran (which comprised of a significant number of Hindu upper-caste leaders including the current opposition leader Mr Ramesh Chennithala)— led to the emergence of the perception that the Congress and the UDF had turned “anti Hindu.”

This perception became more dangerous for the Congress with the renewed emergence of the BJP, under the leadership of Narendra Modi, which appealed to the middle classes as well as Hindus upset over the “appeasement” policies of the UDF. This was reflected in the 2014 Lok Sabha polls where the NDA polled 11 percent of the vote and the BJP nearly won its first Lok Sabha seat from Kerala in Thiruvananthapuram. Significantly, as opposed to 2004, the national leadership of the BJP recognised the potential for growth in Kerala and invested a significant amount of time and energy in strengthening the party and broadening its social base in Kerala.

Secondly, a key part of this strategy was to establish an alliance with Vellapally Natesan, the General Secretary of the Sree Narayana Dharma Paripalana Yogam (SNDPY). The SNDPY is an organisation of the Ezhava community. The Ezhavas, the largest social group in Kerala, are traditional supporters of the LDF and provide the backbone of the Marxist cadre in the state. However, Mr Natesan had been chafing against the alleged anti-Hindu policies of the LDF and the UDF for some time and was looking to formally enter the political scene himself.

The BJP entered into informal tie-ups with independents, backed by Mr Natesan, for the 2015 local body polls which paid off with the alliance— obtaining an estimated vote share for 15 percent. The BJP won control of the Palakkad municipality for the first time and emerged as the opposition in the Thiruvananthapuram Corporation. The UDF suffered reverses across the state.

Encouraged by the success of the alliance in the local body polls, Mr Natesan floated a new political party— the Bharat Dharma Jana Sena (BDJS)— which joined the NDA for the 2016 assembly elections. The BJP also roped in cine star Suresh Gopi and nominated him to the Rajya Sabha, and aligned with tribal leader C.K. Janu for the 2016 Assembly polls. The combined alliance, backed by a strong campaign from the national leadership of the BJP, finished with around 15 percent of the vote and the BJP won its first ever Assembly seat in Kerala. The alliance candidates finished second in a further seven seats and dented the UDF in several seats in Thrissur, Palakkad, Alappuzha, Idukki, Pathanamthitta and Thiruvananthapuram districts.

The BJP-BDJS alliance was successful in weaning off a very significant section of the Hindu base of the UDF and illustrated the very narrow margins of error that the UDF could afford in Kerala politics. Any recovery of the UDF would be dependent on the return of these Hindus voters to the UDF fold. However, this appears unlikely in the face on an increasing Hindu consciousness in Kerala motivated by demographic change and perceived loss of economic status. This is further accentuated by the inability of the Congress to appeal to Hindu concerns at a national level and the fact that any perceived pro-Hindu tilt by the Congress in Kerala could anger the Muslim League as well as ordinary Muslims who may tilt towards the LDF in response.

The breakaway of Mr Mani may be an indication that he recognises the mammoth challenge facing the Congress leadership in Kerala and that the eclipse of the UDF in Kerala is on the horizon.

The author is a corporate professional working in Mumbai with a keen interest in psephology and politics globally.