Jharkhand Debacle: Here Are 10 Reasons Why BJP Lost The State 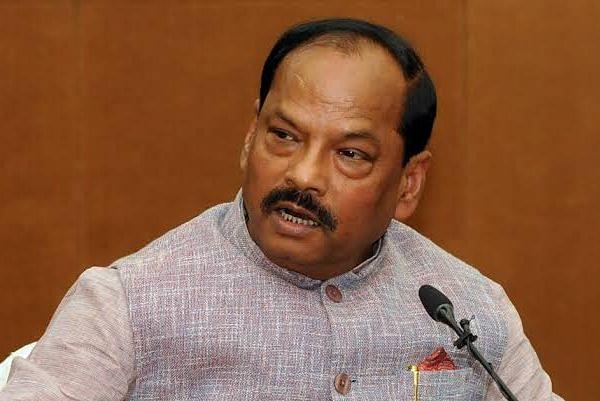 A number of factors led to the defeat of the Bharatiya Janata Party (BJP) in Jharkhand. Though the setback was expected, BJP’s strategists did not quite fathom that the Jharkhand Mukti Morcha or JMM-led alliance would win a majority of the seats.

Failure to keep its ally by its side, negative image of Chief Minister Ragubar Das, over-dependence on Narendra Modi-Amit Shah duo during the poll campaign, strong anti-incumbency, and many other issues led to the BJP’s defeat.

Here are the 10 biggest reasons for the defeat:

Failure to stitch an alliance: This is one of the biggest reasons for the dismal show. The All Jharkhand Students Union (AJSU) led by Sudesh Mahato, a Kurmi, demanded at least 18 seats. But the BJP top brass, who viewed it as a pressure tactic in the wake of the impossible demands that were being put up by Shiv Sena in Maharashtra, was ready to offer only eight seats.

Instead of persuading the AJSU, the BJP leadership called off the alliance with the AJSU. This cost the BJP dear. The BJP garnered a vote share of 33.37 per cent while the AJSU got 8.10 per cent. The combined vote share of the JMM, Congress and Rashrtiya Janata Dal (RJD) was only 35.35 per cent.

Thus, had the BJP and AJSU contested as allies, they would have won the elections. The absence of an alliance meant Other Backward Class (OBC) votes (loyal to AJSU) were not transferred to the BJP and the AJSU candidates cut into the BJP’s votes in many constituencies.

The Congress, in contrast, was content with accepting the status of a junior partner in the alliance led by the JMM.

Raghubar Das’ image and non-tribal status: Raghubar Das, a non-tribal, was installed as the chief minister of Jharkhand (a state carved out of Bihar for tribals) by Amit Shah in 2014. Though Das did provide good governance, he was irascible and ill-tempered.

Videos of him losing his cool with officials and common people dented his image. He was seen as high-handed and authoritarian. And propping up a non-tribal worked against the BJP; Hemant Soren referred to Das’ roots in neighbouring Chhattisgarh and his non-tribal status.

This, and Das’ perceived anti-tribal image (he was caught on a video angrily saying Jharkhand would become an adivasi-mukht state) cost the BJP the votes of tribals. The BJP could win only two of the 28 adivasi-dominated seats.

Dissension and dispirited cadres: Das’ authoritarian style alienated many partymen across ranks and led to dissension within the party. Many party workers did not work or campaign.

The biggest damage was caused by party veteran Saryu Rai (a minister in Das’ cabinet) who was denied a ticket and contested as an Independent against Das, who suffered a humiliating defeat.

Das gave false feedback to the party’s central leadership that Rai’s rebellion and disgruntlement of party cadres would not dent the BJP’s electoral prospects. The party top brass erred by believing Das and putting their faith on him.

Another major blunder by the party top brass was to go by Das’ biased advice on ticket distribution. The selection of candidates was biased and arbitrary.

Late start: The BJP’s election campaign got off to a very late start, thanks to delayed ticket distribution, which went on until just a couple of days before the last date for withdrawal of nominations. As a result, the candidates were not able to campaign properly.

The JMM-led alliance, on the other hand, had a head-start. Hemant Soren, in fact, started campaigning a year ago on various issues. An over-confident BJP under-estimated Soren and the alliance he stitched with the Congress and the RJD.

Anti-incumbency: The BJP did provide the first stable government in Jharkhand’s history and did not face any major allegations of corruption. It also kept Maoist insurgency under check.

But these weren’t enough to stave off anti-incumbency. A spate of lynchings, starvation deaths and missteps gave tail wind to anti-incumbency. Das’ authoritarian manner of functioning only added fuel to the fire.

Tenancy laws: The BJP government’s proposal to amend the Chotanagpur Tenancy Act to allow tribals holding agricultural land to use it for non-agricultural purposes was a well-meaning initiative that would have benefited the tribals.

But the JMM painted it as an anti-tribal act that would take land away from tribals. The BJP failed to counter the false narrative and this became a major campaign issue. Tribals believed the JMM and turned away from the BJP.

Local versus national issues: The BJP completely erred by concentrating on national issues like the Citizenship Amendment Act, Article 370 and Ram Mandir while the JMM-led alliance kept the focus on very local issues. Modi and Shah campaigned extensively, but spoke only of national issues.

Hemant Soren, on the other hand, spoke of providing jobs, safeguarding tribal land rights, increasing rations to the poor and other such issues which struck a chord with the electorate. The BJP was mistaken in thinking that state elections would be fought on national issues.

Over-dependence on Modi-Shah: The state BJP leadership seemed to be completely dependent on Modi and Shah in electioneering. None of the state leaders campaigned as vigorously as Hemant Soren and seemed to be quite happy being in the shadows of the Modi-Shah duo. Many state BJP leaders did not even hold rallies on their own and merely turned up at rallies addressed by the Prime Minister and the Home Minister.

Economic downturn: The JMM-led alliance’s major poll campaign was the economic downturn and that evoked good response from the electorate. Along with rising onion prices, the closure of many industrial units in the state and the resulting loss of jobs, difficulties faced by small traders and businessmen due to the goods and services tax (GST) rollout muddle and other economic issues, the slowdown of the country’s economy also affected voter sentiment.

BJP’s over-confidence and faulty projections: The BJP state leadership seemed over-confident and under-estimated the challenge mounted by the JMM-led alliance. It was, in fact, dismissive of the alliance and did not bother to counter the alliance’s campaign.

The state BJP leadership completely failed to read the writing on the wall and, thus, the JMM-led alliance winning a majority of the seats came as a shocker to the leadership.

The BJP’s overconfidence stemmed in large measure from the Lok Sabha elections six months ago when the party bagged 11 of the 14 Lok Sabha seats in the state. The party expected to repeat that performance, at least to a major extent.

The BJP’s central leadership seriously erred in believing the rosy but false projections posted by the state leadership. Over-reliance on feedback from Raghubar Das and his coterie to the exclusion of other dissenting voices in the state unit led to the debacle.