Karnataka: 10 Points To Keep In Mind While Voting Or Reading The Results 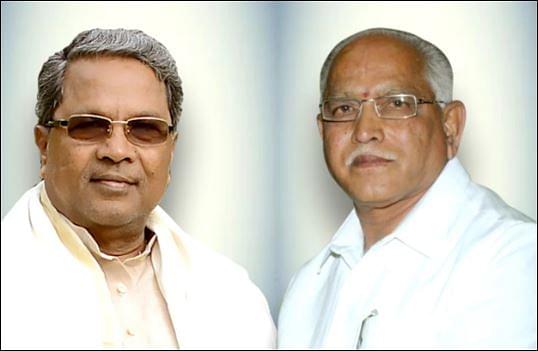 The Karnataka voter will make her decision tomorrow (12 May), and we will know what is in store for the state and the nation on 15 May, when the results are to be announced. What will always remain fuzzy is what the vote means regardless of who wins. Voters speak in multiple voices, and there are limits to which we can glean the intentions of crores of people based on how they voted.

That said, a few broad conclusions can be drawn and points made on how to read the vote.

First, if the Congress wins, or is substantially in the lead, it means that regional leaders are the way to go for national parties to win elections.

Second, win or lose, there is little doubt that Siddaramaiah has proven his worth as a strong politician. Unless the margin of defeat is too high, the Congress would be foolish to dump or sideline him after the elections. He is a huge asset.

Third, if the Bharatiya Janata Party (BJP) wins, or even becomes the single largest party, it would prove – probably once again – that Narendra Modi made a difference. Till two months ago, nobody was giving the BJP much of a chance; now they do, and most polls talk of a hung verdict. A hung verdict should be read as Modi rescuing the BJP from ignominy.

Fourth, win or lose, Rahul Gandhi does not make a difference to elections. The mainstream media wants to see a Modi versus Rahul contest in 2019, but the reality is Rahul does not add much to the Congress’ heft in any election. He may be a nice guy, and his intentions may be good, but he simply is not good enough to take on Modi. At best, one can say that he serves as a figurehead in a dynastic party. This is not an unimportant job, given that there are contesting parties and lobbies jostling for power inside the party.

Fifth, the elections prove once more that Narendra Modi has a Jekyll and Hyde type of personality. During election time, he can play Hyde and get verbally aggressive, even divisive, but at other times he is a model statesman. In Gujarat, the party invented an imaginary Pakistani conspiracy, and in Karnataka he talked of Sonia and Rahul as bail-birds (in the National Herald case) in the context of the party’s Chief Ministerial candidate, B S Yeddyurappa, being labelled a jailbird for having been to the lock-up for alleged corruption. Outside election time, Modi does not utter a word even when his partymen are killed in Kerala, coastal Karnataka or Bengal. People accuse him of not speaking out on Dadri or Kathua, or speaking too late to make a difference, but the reality is that he does not speak out even in support of his own partymen. He needs to change, and should speak out more on both kinds of occasions. A Prime Minister must have a stand on what is right or wrong.

Sixth, depending on who wins, there will be cues for 2019. A BJP win has two consequences: one, it will establish the party as a winner, and very small allies will see it as a potential partner for 2019. But it will also make finding bigger allies difficult, for all of them will worry about the BJP’s ability to marginalise them in due course. The Shiv Sena, the BJP’s oldest ally, was the first to realise that the BJP’s rise poses an existential crisis for the party in Maharashtra. Hence its recalcitrant behaviour and regular attempts to rubbish Modi and his party. As things stand, only Akali Dal is a partner for sure; question-marks may remain over Nitish Kumar’s Janata Dal (United) and Ram Vilas Paswan’s Lok Janshakti Party.

Seventh, a Congress win – or even its emergence as the party with the largest number of seats – will improve its claim to be indispensable for the next government at the Centre. It will scotch any dreams of a third front; such fronts have worked only after the election results are known. A Congress loss, though, will relegate the party to being largely a northern party – whose relevance is restricted to Maharashtra, Gujarat, Rajasthan, Himachal, Madhya Pradesh, Chhattisgarh, Assam, and Punjab. This is an irony, for wasn’t this what the BJP seemed like – a largely North Indian party – till some time ago? The Congress, despite a theoretical presence all over India, may in future be seen as capable of winning only outside the south; in the south, it will become a bit player, with pockets of influence in Kerala and Karnataka. Andhra, Telangana and Tamil Nadu may remain no-shows for the Congress – almost like how the BJP is seen now.

Eighth, the Karnataka results will not indicate which way the state will vote in 2019 for the simple reason that next year Modi will be asking for a vote for himself, and not Yeddyurappa or his party. The non-minority voter has a strong connect with Modi, and not necessarily his party. So, any conclusions drawn after – say – a potential BJP loss in Karnataka (or even in MP, Chhattisgarh and Rajasthan) could be erroneous.

Ninth, if neither party gets anywhere close to a majority on 15 May, H D Kumaraswamy of Janata Dal (S) could well end up as Chief Minister, for both Congress and BJP will be keen to prevent the other from leading or being in the government. It may be a short-lived government, lasting up to the Lok Sabha results in 2019, but a Kumaraswamy chief ministership is no longer unthinkable.

Tenth, the BJP must learn the same lessons as the Congress after this election. Elections in future will be won by strong regional leaders, and the party should worry about its over-dependence on Modi’s charisma and Amit Shah’s ear-to-the-ground approach to winning elections, complete with booth-level tracking of voter moods and bringing them to push the Lotus button on election day. It has been an unbeatable combo, and the BJP should be thinking about who should be leading the party after Modi, even if it is assumed he will win 2019.