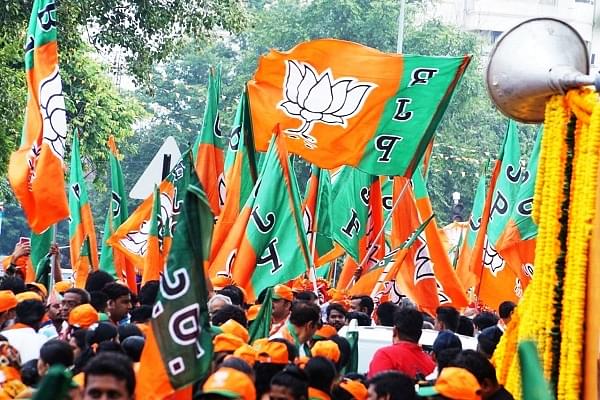 “We did not find the Haathi (Elephant, the party symbol of BSP), so we voted for the Phool (Lotus, the symbol of BJP)” was an oft repeated claim by many poor women, belonging to the SC (Scheduled Caste) and MBC (Most Backward Classes) voters in Uttar Pradesh, during the Lok Sabha elections in the summer.

These were core Mayawati voters who had Bharatiya Janata Party (BJP) as their second preferential vote — wherever Bahujan Samaj Party (BSP) was not in contest — for they could not bring themselves to vote for the cycle, the symbol of the Samajwadi Party (SP), as they had a two-decade long confrontation with the dominant Yadavs in the power matrix of their villages.

This is a peculiar electoral phenomenon of our times, this ‘second preferential vote’ which invariably accrues to the BJP and Narendra Modi. We have always accounted for two sets of voters in deciphering mass behavioural patterns — the ‘core voter’ and the ‘swing voter’ — but now a third class of voter has emerged, which is known as the ‘engaged voter’ who has been giving BJP the incremental advantage that it had hitherto lacked.

To further understand this new class of engaged voter, let us comprehend the electoral-demographic churning in Karnataka. Ever since Siddaramaiah joined the Congress, the party’s already shrinking vote-base has undergone a further downward limitation to being a merely Kuruba-Muslim party — akin to the Muslim-Yadav experiments of the ‘Hindi heartland’.

The party has been blatantly catering only to these two communities for the last few years. This, in turn, has nurtured a great deal of heartburn among the powerful Lingayat and Vokkaliga communities apart from large segments of SCs, who had felt slighted during the five-year Congress government between 2013 and 2018.

The distrust among various segments of the voting demographics had reached such an impasse that no Vokkaliga was willing to vote for the then chief minister in his home constituency of Chamundeshwari, which Siddaramaiah lost by a margin of over 36,000 votes.

It was in this backdrop that Congress and Janata Dal (Secular) or JD(S) came together in 2018 to form an unethical alliance just to keep BJP out of power. The result of that union was disastrous for both the parties as they suffered humiliating losses in the Lok Sabha elections this year.

For instance, in the Mysore (Mysuru) Lok Sabha seat, Vokkaligas did not adhere to the traditional leadership of the Gowdas despite many rounds of campaigning by their patriarch Deve Gowda.

Instead, they shifted their allegiance to the young Vokkaliga icon, Pratap Simha, who more than quadrupled his victory margin, turning the arithmetic of a Congress-JD(S) alliance on its head. Perhaps, more interestingly, the Kurubas in Tumkur refused to vote for Deve Gowda and instead chose a saffron hue.

BJP had, for the first time since its rise in this southern state, politically engaged both Vokkaligas and Kurubas during the Lok Sabha elections as sufficiently large segments of these voters had felt cheated by the Congress-JD(S) alliance.

This engagement has been further cemented now as the by-elections to 15 assembly seats proved last week. The sheer margin of victory in these seats bears testimony to a complete rightward shift of the hitherto antagonistic subsets of Karnataka’s voting populace.

Congress may yet manage to survive this neo-political engagement of the BJP for a while, but JD(S) is clearly staring at total extinction. The Gowda family’s decision to groom next generation of their kin by fielding both the grandsons in the Lok Sabha elections will perhaps go down as the final act of the political dynasties in the state.

For average Vokkaliga leaders and karyakartas, the fact that only one family was allowed to enjoy power at every level was an unpalatable truth. Today’s India has broken those shackles of feudal politics and is no longer enamoured merely by famous last names.

This is where BJP presents a stark contrast. Often people question the role of the Rashtriya Swayamsevak Sangh (RSS) in BJP’s affairs. Many among the liberal circles even believe that the sangh is purely a Hindutva-wielding force that controls the BJP.

In reality though, RSS often acts as the moral compass of the political party. Take the instance of the Karnataka assembly elections last year when B S Yediyurappa’s son was refused a party ticket in Varuna, despite the fact that he stood a good chance of upsetting the Siddaramaiah applecart there.

Quite a few local journalists and even political leaders within the BJP fold had then speculated that such a denial of ticket was a result of a turf war between Yediyurappa and B L Santhosh, the then general secretary of the party.

That one unpalatable decision which may have even cost the party a couple of assembly seats in the 2018 elections is the reason why BJP has emerged so strong in the state today.

In fact, Santhosh went ahead and took the same principled stand during the Lok Sabha elections when the party once again denied ticket to Tejaswini Anantkumar, irrespective of the sympathy wave that was flowing throughout the Bangalore South Lok Sabha constituency.

By allotting party ticket to a political novice and youth wing activist, Tejasvi Surya, BJP had at once won the hearts and minds of ordinary karyakartas of all the political parties. Only tough ideologues from the RSS, who are lent to the BJP, can take such unpalatable decisions as they see politics as an instrument to build a strong nation state rather than merely a vehicle for self-aggrandisement.

When 17 legislators from the ruling coalition of Congress and JD(S) walked out — some even giving up their ministries — regardless of the possible disqualification threats, it was the beginning of a new political current.

Many Vokkaliga leaders and workers of the JD(S) have now come to realise that it is in their interest to join the BJP, where merit is often rewarded and last names do not matter.

This is the fate of all caste-based parties in India today where only the sons and brothers and uncles and nephews prosper at the cost of other leaders. The sun is prematurely setting on feudal parties whether it is the Rashtriya Janata Dal in Bihar or the Samajwadi Party in Uttar Pradesh or the JD(S) in Karnataka.

It is against this political current that the Nationalist Congress Party and Shiv Sena have joined hands in Maharashtra. Both are deeply feudalistic in nature and parochially casteist in approach. It is an alliance that is bound to bring disastrous results to both the parties.

Although by-elections on their own are not great barometers of overall political trends, the victory margins of the BJP and the palpable shifting of the base in Karnataka do provide ample indication of why such coming together of opposition parties eventually ends up helping the BJP.

Furthermore, by securing 51 per cent vote-share, BJP has maintained its political heft of retaining one out of two votes polled during the Lok Sabha elections in Karnataka. As of now, only Haryana has seen a huge trend reversal where the saffron party shed a whopping 20 per cent vote-share as compared to the Lok Sabha performance whereas in both Karnataka and Maharashtra, BJP has maintained its 2019 peak.

Jharkhand is the next test for that 2019 peak of the party and if it manages to keep the attrition rates at around 10 percentage points, it would have done a commendable job at holding on to the ‘engaged voter’ who had first turned saffron in the summer of 2019.

(For further analysis of the ‘Core Voter’, ‘Swing Voter’ and ‘Engaged Voter’ algorithms, do wait for this author’s upcoming book.)