Kashmir Is A Privileged State, But The Problem Lies In Its Alienation 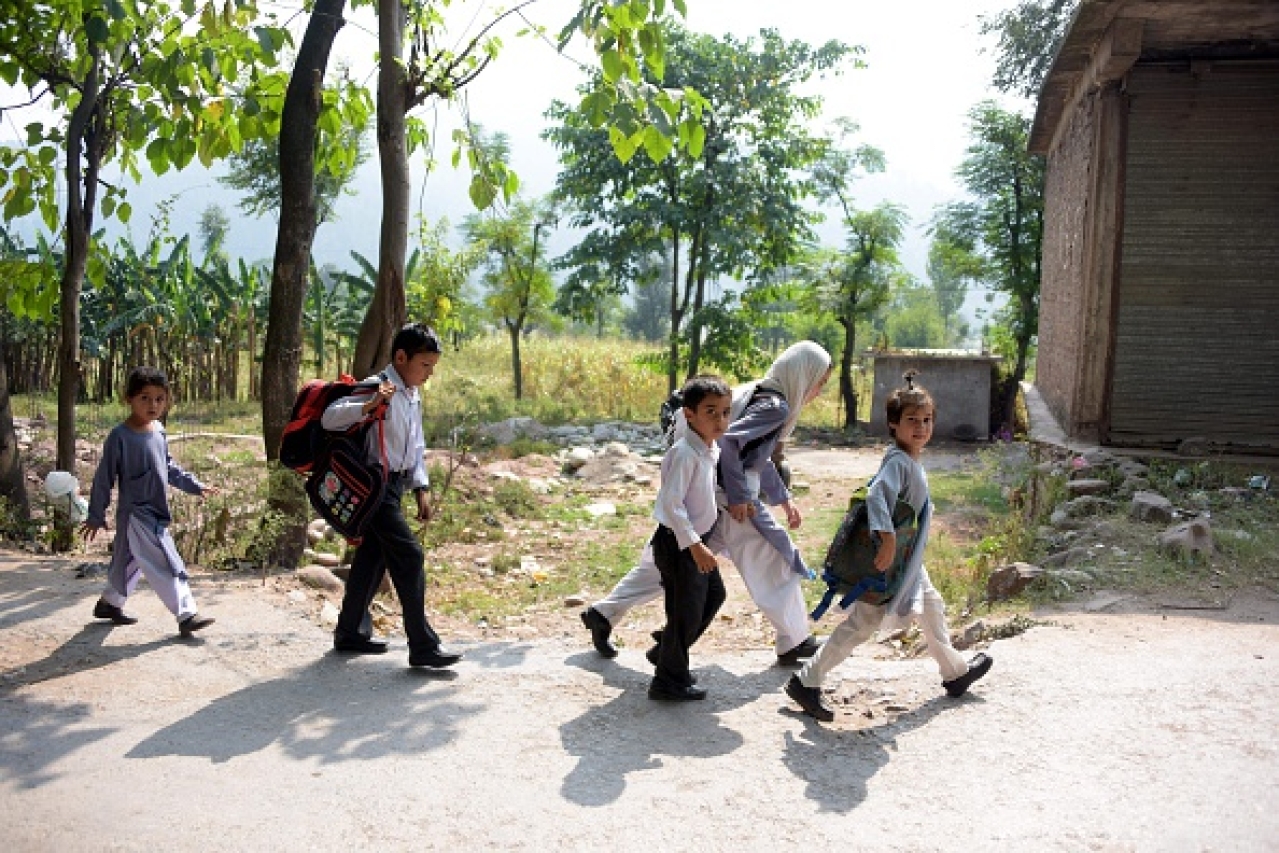 Kashmir really fall within the ambit of the universally-accepted meaning of alienation as stated above. But more than that, it would help our policy-makers devise methods aimed at mitigating the hardships and sufferings of those in Jammu and Kashmir who are actually alienated from what certain keen Kashmir-watchers term as the ‘Valley’s anti-democratic and sectarian ruling class”.

What is alienation? According to M Seeman, author of germinal work on the meaning of alienation (American Sociological Thought, XXIV, 6, 1959), “Alienation denotes the estrangement of the individual from key aspects of his or her social existence”. Or, “alienation is a feeling on the part of the individual that he cannot influence the situations (social or political) in which he interacts”.

How is alienation caused? Karl Marx says in his Economic and Philosophical Manuscripts (1844) that alienation is caused when the individual loses “control over his own destiny and sees that control vested in other entities”.

The aforementioned answer is almost similar to the formulation of E. Fromm, who, in 1956, wrote The Sane Society. He opines that “alienation is that condition when man does not experience himself as the action bearer of his own powers and richness, but as an impoverished ‘being’ dependent on powers outside himself”.

Now let us examine the status of “alienated” Kashmiris (whose demands range from merger with Pakistan to independence to self-rule to greater autonomy) in the country’s polity. Such an exercise is imperative to find out if the “grievances” of the Muslims of Kashmir really fall within the ambit of the universally-accepted meaning of alienation as stated above. But more than that, it would help our policy-makers devise methods aimed at mitigating the hardships and sufferings of those in Jammu and Kashmir who are actually alienated from, what certain keen Kashmir-watchers term as, the ‘Valley’s anti-democratic and sectarian ruling class”.

The people of Kashmir, minus those who vouch for the two-nation theory such as the All Parties Hurriyat Conference (AHPC) leaders and their followers, hold the Central Government squarely responsible for their alienation from the national mainstream. The upshots of their arguments are four in number:

One: New Delhi has at no point of time allowed them to manage their own political affairs themselves in a meaningful manner.

Two: The Central Government has all along treated them like “slaves”.

Three: The Government of India has “brutally subverted the internal autonomy granted to the state under Article 370 of the Union Constitution with a view to bringing Jammu and Kashmir on a par with other states”.

Four: The North Block, which also houses Finance Ministry, has always ignored the financial needs of the state.

Significantly, all of our leading political analysts and academics share the perceptions of Kashmir leaders. None of them has, it appears, ever tried to come to grips with the realities in the state.

A careful scrutiny of the available facts and official statistics establishes that there is no other community in India which is as privileged as the people of Kashmir and that New Delhi has always accorded them a very special treatment.

Strange may it sound, but it is a fact that these Kashmiris (Sunnis), who constitute roughly 22 per cent of the state’s population, have always obtained from the centre a system of government which is almost exclusively of them, for them and by them. Take, for example, their total control over the state’s political scene as well as an effective say in the New Delhi’s corridors of power. In October 1947, when the state acceded to the Indian Dominion as per the stipulations of the Indian Independence Act, they and their leader, Sheikh Mohammad Abdullah, succeeded in influencing New Delhi’s policy towards Kashmir. To be more precise, they plainly told the then prime minister Jawaharlal Nehru that they would endorse Maharaja Hari Singh’s decision on the state’s accession only if the political power was transferred from Jammu to the Valley-based National Conference (NC) chief (Sheikh Abdullah) and Jawaharlal Nehru obliged them by asking Hari Singh to abdicate the state power in favour of the Sheikh. Ever since then, the Kashmiris have been ruling over the state. Ghulam Nabi Azad was the only Jammu-based political leader who occupied the office of Chief Minister between November 2005 and 7 July, 2008, but he was also ethnically Kashmiri.

The factor that helped Kashmir’s political elite the most to retain control over the state polity was the mechanism it diligently evolved in 1951 which could always enable the people of Kashmir to capture more than 50 per cent seats in the Assembly (from the small Valley itself – the Valley had 46 Assembly segments as against 41 in Jammu and Ladakh) and three of the six seats in the Lok Sabha. And, all this, notwithstanding the unambiguous rules laid down by the Indian Representation of the People’s Act or the Jammu and Kashmir Representation of People’s Act of 1957.

Again, it was at their behest (and much against the wishes of the people of Jammu and Ladakh) that Article 370 was incorporated in the Indian Constitution. Article 370 curtailed the powers of the Central Government to the extent that it could not bring the state within the purview of any Central law or institution without the “concurrence or consultation of the State Government” even if there is breakdown of the constitutional machinery and chaos in the state.

The parleys between the Jammu and Kashmir Wazir-e-Azam and Prime Minister Jawaharlal Nehru from 14 June to 24 July 1952 on the state’s political future, the 1975 Indira Gandhi-Sheikh Abdullah accord and the 1986 Rajiv Gandhi-Farooq Abdullah agreement and the resultant political concessions like the one which empowered not the state but an individual (the Sheikh) to seek withdrawal of any of the Central laws extended to Jammu and Kashmir between 1953 and 1975 further demonstrated that Kashmir had a prominent place in New Delhi’s scheme of things. Similarly, the 1 March, 2015 Peoples Democratic Party-Bharatiya Janta Party Agenda of Alliance was virtually a carbon-copy of the Peoples Democratic Party’s 2014 election manifesto, also called “Aspirational Agenda”.

Those who accuse the Union Government of “brutally subverting autonomy” are only concealing the facts for reasons best known to them. That they are not revealing the true story can be seen from their oft-repeated vague statement to the effect that “some of the central laws have been applied to the state without legal warrant or propriety”.

It is important to note that New Delhi has at no point of time during all these 70 years of accession imposed any Central law on Jammu and Kashmir against the state’s will. It can be seen from the Report of the State Autonomy Committee, April 1999 (page-63), where the then ruling NC, an ardent votary of greater autonomy, admitted in unambiguous terms that the state was brought within the ambit of over 260 central laws with the “concurrence of the State Government”.

As for the share of Kashmiris in the vital service sector, they hold all or nearly all the approximately 3.5 lakh positions in the government and semi-government organizations, located in the Valley. Besides, they occupy nearly 20 per cent of the jobs in the regional services of Jammu and Ladakh. They not only occupy most of the higher and lucrative positions in the government, in the revenue and police administration and in the judicial and political services, but also hold a majority of ordinary and middle-level positions across the state. In addition, they control trade, commerce, transport and industry and own big orchards and landed estates. None of them is without a house. Likewise, the per capita expenditure on woollen clothes in Kashmir is highest in the world. Similarly, the per capita meat consumption in Kashmir is highest in the world. It is three times that of Gujarat and Rajasthan. The annual expenditure on meat in the state is approximately 15,000 crores. No wonder then that none in Kashmir till date has, unlike Bihar, UP and Orissa, died of either hunger or cold.

Similarly, the charge of the Kashmiri leadership that New Delhi consistently ignored the state’s financial needs appears to be misplaced. Jammu and Kashmir is a “Special Category” state, which receives Central assistance on the basis of 90 per cent as grant and the remaining 10 per cent as loan. The state was given this status in 1990. Besides, as a “Special Category” state it receives the highest per capita central assistance after Nagaland. For instance, the per capita central assistance for the state in 2000 was Rs 3,010, as against Rs 385 for Uttar Pradesh, Rs 305 for Tamil Nadu and Rs 190 for the highly backward Bihar. According to Vir Sanghvi of The Hindustan Times (August 17, 2008), “Bihar gets per capita Central assistance of Rs 876 per year” and “Kashmir gets over ten times more: Rs 9,754 per year”. His article “Think the unthinkable”, besides recommending the right to self-determination to the Muslims of Kashmir, said: “Kashmir’s entire Five-Year Plan Expenditure is met by the Indian taxpayer. In addition, New Delhi keeps throwing more money at the state: in 2004, the Prime Minister gave Kashmir another $5 billion for development”. Besides, New Delhi spends hundreds of crores of rupees in the state every year on what are categorised as the “centrally-sponsored schemes”.

It is difficult to avoid the conclusion that Kashmir is one of the most prosperous regions of the country and that it enjoys a very special status in the Indian polity. Indeed, the causes of alienation in Kashmir are deeper. And one of the most important causes is religion. The Muslim leadership is seeking a dispensation which is not within the political and constitutional organisation of India. This demand cannot be accepted or the nation can’t afford another communal partition of India. If Jammu & Kashmir goes out of India, the country will also break into smithereens.