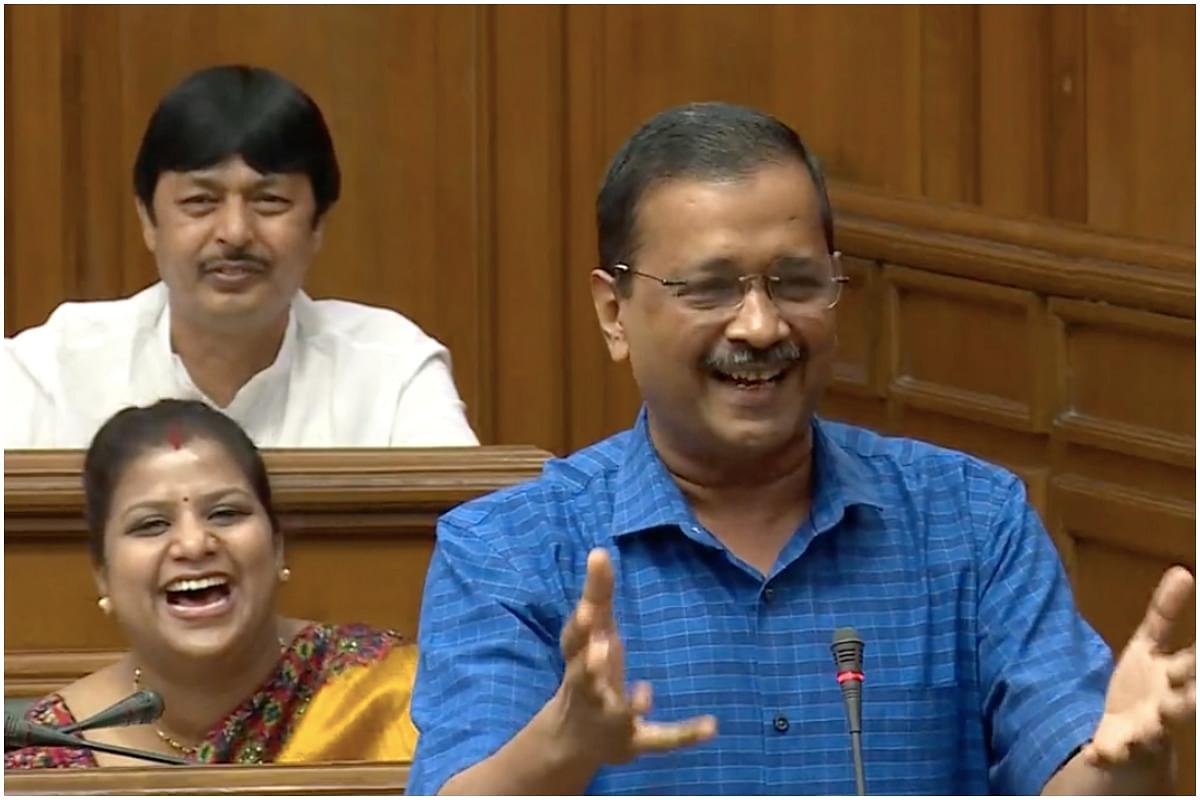 Arvind Kejriwal’s crass comments on The Kashmir Files, a film about the Pandit ethnic cleansing, tells us where he is headed politically: minority appeasement politics, Congress-style. Speaking in the Delhi Assembly, while rejecting the demand for tax-free status to the film, Kejriwal not only gave gratuitous advice to the film’s producer to put it on YouTube so that everyone could see it free, but additionally dubbed it a “jhooti film.”

The issue is not about whether or not to give the film tax-free status, as some state governments have done, but giving coherent reasons for it. Nothing stopped him from saying that tax-free status is not justified for a film that has been hugely successful commercially. But he had to go the whole hog and ask the director Vivek Agnihotri to offer it on YouTube. If YouTube is indeed the way to promote anything, one wonders why Kejriwal spends hundreds of crores of Delhi taxpayer money on self-promotion through hoardings and TV ads. Why can’t he do it all on 'free' YouTube.

Many people have called the film one-sided and Kejriwal has added to this negativity by calling it false. Can a film that talks of a community’s genocide — a community that didn’t pick up the gun over its marginalisation despite the pain — have any other side?

By calling it a “jhooti film” Kejriwal has shown that he is keen to pander to Muslim vote banks that are crucial to his national ambitions. Like Rahul Gandhi, who became a janeu-wearing Hindu and a Shiv-bhakt to boot to combat the BJP’s Hindu credentials, Kejriwal has found the same formula useful. Thus, he will celebrate Ram Navami in public, recite the Hanuman Chalisa in public meetings, and send yoga teachers to his constituents, but he will play minority politics to the hilt. This is what he has done in The Kashmir Files case.

What Kejriwal is becoming is a more politically competent Rahul Gandhi, who has no firm convictions of his own. He can say anything or everything when its suits his political agenda.

However, there is a larger point to be made here. What The Kashmir Files has done is to bring the pain and wounds of the Pandit community out in the open, where it cannot be denied. It has done so without resorting to any “secular” monkey-balancing act by saying that others are victims too.

In this context, while Kejriwal needs to be condemned for his crass pitch for the minority vote, the BJP also needs to learn a simple lesson: it should not politicise the plight of the Pandits and make things worse for them.

The Pandits are happy that their story has been told without secular garnishing after 32 long years. But it does not lessen their pain when they find the BJP and Congress fighting daily on TV about who did more or less for the Pandits, and who is responsible for their ethnic cleansing.

It may be too late to expect the Pandits to move back in substantial numbers to the valley — living under constant police protection is not too different from living in an open prison — but the least the political parties can do is not politicise their plight for their own partisan ends.

As an aside, one can hope that Agnihotri, once the commercial run of the film ends in the coming weeks, makes the film available on movie channels and OTT platforms apart from YouTube, where too some revenues can be generated from advertising and other sponsorships.

Agnihotri may still have the last laugh on Kejriwal. But Kejriwal is proving to be a disaster as a neutral, 'secular' leader. His formula is no different from those followed by the Congress and other allegedly 'secular' parties. It is about direct or subtle minority appeasement.