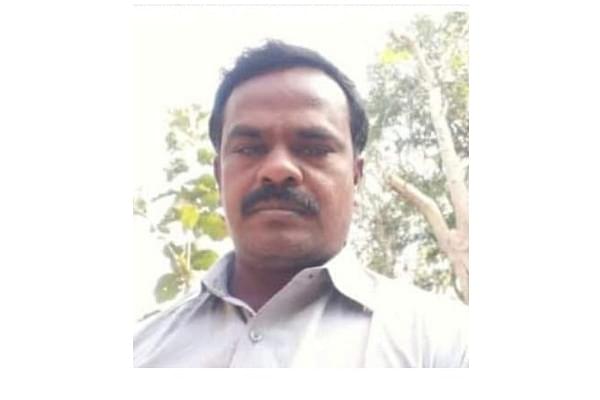 Last Thursday (7 February), a flower vendor near the Koyambedu Kurungaleeswarar Temple in Chennai was reading aloud a murder report in a popular Tamil daily. When asked what the report was about, a group of women vendors there said in one voice: “Murder of a woman called Sandhya”.

It was the case of the arrest of filmmaker S R Balakrishnan for the murder of his actress wife Sandhya after her limbs were found in a garbage truck on 19 January.

Kurungaleeswarar Temple is a 1,500-year-old shrine for Lord Shiva with a small-sized linga (kurun — small; Eswar — Shiva). Legend has it that the linga was made by Lord Rama’s sons Lav and Kush to wash away the sin they might have committed by attacking Lord Rama’s brother Lakshman while performing Ashwamedha yagna.

The temple is housed along with another one for Lord Vishnu — Vaikuntavasa Perumal, where Sita Devi was believed to have stayed when she was pregnant with the Lav-Kush twins. Koyambedu is supposed to have got its name from Kush-Lav puram after Rama-Sita’s twins.

The issue here is not the murder of the actress by her husband, who suspected her fidelity. The issue here is the narrative of the mainstream media (MSM) in Tamil Nadu in prioritising news developments on 7 February.

The Sandhya murder was hogging the limelight hardly 24 hours after the breaking of the news that a former Pattali Makkal Katchi (PMK) activist V Ramalingam was murdered for opposing religious conversion by a group of unidentified men, suspected to be Muslims.

(Subsequently, activists of People’s Front of India, a Muslim political organisation, have been identified as those behind the murder and five persons have been detained in this connection. A couple of other suspects are being interrogated.)

Ramalingam was murdered the same day he opposed a group of Muslims at Thirubhuvanam near Kumbakonam in Thanjavur district for indulging in religious conversion. The death (read here for more details) had led to tension in and around Kumbakonam. Concerns were expressed over the depth to which those indulging in religious conversion could descend to.

Now, the vendors who were reading the news of the actress murder don’t see Twitter or Facebook or Google for the latest news. These vendors depend on television channels and newspapers for their daily dose of news developments. This incident of the vendors being totally in the dark about the Thirubhuvanam murder reveals how the mainstream media has been dictating narratives of various incidents in Tamil Nadu.

A cursory look at dailies on Thursday and subsequent days shows that the murder of Ramalingam, which has disturbing implications, was not accorded priority by the mainstream Tamil media.

A Tamil daily, which claims to be sympathetic towards the Bharatiya Janata Party (BJP), had no mention of the death in its Chennai edition. Other Tamil newspapers, too, didn’t give much prominence to the murder with some confining it to just the area of their editions.

A national daily carried the former PMK activist murder as a small single column and made no mention of the reason behind the murder. It also called him “catering contractor”.

Times are such that the same English daily carried the murder of the actress on the front page and came up with a half a page display of details of the actress and husband in an inside page.

Another national daily, for a change, gave the incident a multi-column treatment in Tamil Nadu page (which means chances of it being taken note of in other parts of the country are remote).

But it tried its best to downplay the identity of those suspected to be involved. A reference,“attempting to convert a section of Dalits in the village to Islam”proved to be the give-away.

Television news channels, too, downplayed the incident. The next day, one of the English news channels tried to give some coverage, reporting the arrest of the suspects, though.

The coverage of the incident by the mainstream media in Tamil Nadu has been in stark contrast to coverage of other events by them. It is not about how the MSM treated a murder of a person who questioned religious conversion but how the whole issue was ignored.

For example, any murder of a person belonging to the minority community outside of Tamil Nadu has always been played up. In the last two years, some of these events have even been given a front page treatment.

Another example of the MSM behaviour in Tamil Nadu is how most Tamil television channels telecast discussions on the Tamil anthem, which should be sung at state government functions mandatorily, not being sung at an event in Indian Institute of Technology (Chennai). This happened on 26 February last year when Union Ministers Nitin Gadkari and Pon Radhakrishnan attended a function at the IIT campus.

IIT is a central organisation and hence, it is not mandatory for the Tamil anthem to be sung at its functions. It took some amount of effort on the part of the Centre and the Bharatiya Janata Party (BJP) to make it clear. The anti-BJP ecosystem in Tamil Nadu, which opposes the Central government blindly, had its day, though then.

In the case of Ramalingam’s murder, either television news channel reporters failed to seek comments of senior politicians and other leaders or they blacked out those politicians not willing to respond to their questions on the murder.

Nor did any MSM in Tamil Nadu question the Dravida Munnetra Kazhagam’s (DMK’s) wisdom in scrapping an anti-conversion law brought by the late J Jayalalithaa government. DMK leader Stalin has been more vocal in claiming credit for scrapping the law, which is now leading to tension in many parts of Tamil Nadu, when conversion tactics are being questioned.

MK Stalin while addressing the people from "Particular" community says, it was Karunanidhi's DMK which abolished the Anti Conversion law passed by Jaya govt. #JusticeForRamalingam pic.twitter.com/GUtV1EcrVn

It took three full days before Stalin and other leaders like Naam Tamizhar founder Seeman and Viduthalai Chiruthaigal Kazhagam founder Thol Thirumavalavan reacted to the murder.

But these leaders have tried to pin the blame on the state government and the law and order situation. Only the BJP and PMK came out with statements condemning the murder within 12 hours.

On the social media, the anger against Tamil Nadu MSM is that there has been no outrage or concern in the way it was invoked after some events like the killing of Hafiz Junaid over a seat in a train from New Delhi to Mathura on 27 June 2017.

One person said on the social media that the MSM in Tamil Nadu gave wider coverage to Tamil actor Sivakumar breaking the mobile phone of a fan, who tried to take a selfie with him, than the murder of Ramalingam.

Again on Sunday (10 February), the media downplayed the attack on a woman BJP activist by a group of Marumalarchi DMK (MDMK) cadre. The woman had the courage to take on the MDMK cadre that was trying to show black flag to Prime Minister Narendra Modi when he visited Tiruppur.

The woman raised ‘Bharat Mata ki Jai’ slogan against the MDMK cadre only to be beaten and injured by the violent opposition party workers.

These developments only reiterate what Swarajya had highlighted on 4 May (read here) and 11 May last year (read here). Going into elections for the Lok Sabha in May, people in Tamil Nadu can expect more such happenings.