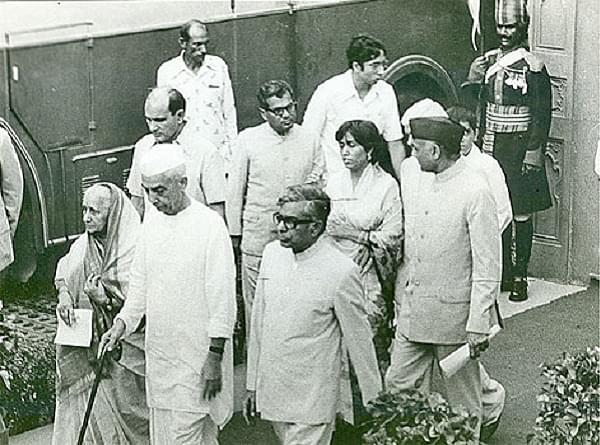 The appeal of his political ideals may have dwindled over time but Choudhary Sahab still lives in the hearts of millions of peasants. That’s his legacy that no one can take away from him.

Under the mound of the Nehru-Gandhi family’s might in Indian politics lay an array of alternative leaders’ crushed ambitions. More importantly, there lay buried alternative political and economic policy models that could have truly transformed the lives of the poor and downtrodden in this country.

One such ambitious leader was Chaudhary Charan Singh. Born in a small Kisan family of Jats in western Uttar Pradesh, he went on to became the most important leader of the community, second only to Sir Chotu Ram. Though, his official stint as Prime Minister lasted for just 24 days, he still remains the only person from the Jat community to have graced the highest political office of the nation.

Spiritually, Charan Singh was heavily inspired by Arya Samaj but he lived for politics and politics alone. And in politics, Mahatma Gandhi was his inspiration. In the freedom struggle, he went to jail several times, notably in 1930 for violating salt laws, and during the Quit India Movement in 1942. But he wasn’t just good at protests. He showed that much when he got the chance to do something for the farmer community.

Elected to the Legislative assembly of the United Provinces in 1937 elections, he introduced an important legislation aimed at protecting the interests of farmers against the excessive greed of traders. The importance of the so called Agriculture Produce Market Bill can be judged from the fact that many more states followed suit and passed it. At a time when the agriculture sector was still very much under the clutches of British imperialism, this son of a farmer was the best spokesperson farming community could have asked for. By ceaselessly championing farmers’ rights and fighting for their welfare, he carved out a respectable space for himself in the politics of Uttar Pradesh at a time when it was dominated by stalwarts like Jawaharlal Nehru, Lal Bahadur Shastri, Gobind Ballabh Pant, Rafi Ahmed Kidwai and Ram Manohar Lohia.

Under Indira Gandhi, when the old guard of the party constantly found itself under siege, he was among the few to have sensed the pulse of the time. He left the Congress in 1967 and formed his own Bharatiya Lok Dal. With the help of Raj Narain and Ram Manohar Lohia, he became the Chief Minister of Uttar Pradesh. In the run-up to the Emergency, he emerged as the tallest anti-Congress leader in UP. When the Janata Party defeated Indira Gandhi in 1977, it was expected that Charan Singh will become Prime Minister. But Jayaprakash Narain picked Morarji Desai. JP placated him with the posts of Home Minister and Deputy Prime Minister, or so he thought he did. When Singh got the opportunity two years later to sit on the highest chair in the realm, he took it. It’s ironical that the man who spearheaded the Indira Hatao campaign had to take her help to become the Prime Minister.

In the Nehruvian intellectual establishment, Charan Singh’s policy proposals never got the attention they deserved. He wanted Nehru to focus on agriculture but its seems that the Prime Minister didn’t share Singh’s enthusiasm for agriculture as the keystone of the Indian economy even though the overwhelming majority of Indians at that time were dependent on agriculture. Even if he did, they disagreed on what was in the farmers’ best interests.

Charan Singh in his time was vilified by leftist and communist intellectuals as representative of rich farmers for opposing Nehru’s “joint farming”, the landholding tax and land redistribution policy. Not only did he oppose Nehru’s Soviet style top-down central planning of the economy, he raised serious questions about the practicability of cooperative farming.

He was one of the very few who fought for private property rights, especially for farmers. Being a farmer’s son himself, he knew how important the right of ownership was. But, at that time, like today, armchair five-star intellectuals knew better what was good for a farmer rather than the farmer himself.

Charan Singh vehemently opposed the licence-quota-permit raj, which his rivals in state politics like Kidwai and CB Gupta artfully used to further their clout. While, Singh personally suffered as his stature in the party decreased due to constructive criticism of Nehru’s policies, he never let farmers and his community down and always fought for their rights. He played a major role in shaping and implementing some crucial laws like the Zamindari Abolition Act (1952), Consolidation of Holdings Act of 1953, and the Imposition of Ceilings on Land Holdings Act of 1960.

Charan Singh will always be remembered as Kisanon Ke Neta or farmers’ leader. The party he founded and nurtured has hardly any takers outside western Uttar Pradesh today. His son, Ajit Singh, and grandson, Jayant Choudhary’s political fortunes are in decline. Bhupinder Singh Hooda and Om Prakash Chautala have appropriated the Jat leadership mantle from Choudhary’s family. The so called MAJGAR (Muslims, Ahir, Jat, Gujjar, Rajput) alliance, proposed by Sir Chotu Ram and made famous by Charan Singh, is now in tatters. The Muzzafarnagar riots in 2013 broke away the M, the Samajwadi party broke the A long ago, and there is ceaseless tug of war between G and J for more political space. The last general election threw up new Jat leaders like Satyapal Singh and Sanjeev Balyan which has probably put the final nail in the coffin of the ever-decreasing political clout of Singh’s dynasty.

But Choudhary Sahab still lives. In the hearts and minds of millions of peasants. As one of the greatest leaders of his community – the only one to have become the Prime Minister. No one can take this away from him.