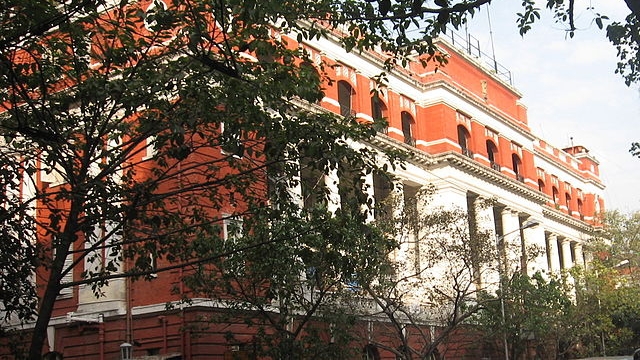 The Kathua case has been drawing serious media, and the nation’s, attention, but few seem to have any time or concern for a heartbroken and desperate Dalit man whose minor daughter was allegedly abducted by a Muslim youth last June, and has been in captivity ever since. The man, a sanitation worker with Kolkata Municipal Corporation and a widower, came home from work on 9 June evening to find his 17-year-old daughter, who had just appeared for her Class 10 examination, missing. He complained to the police, and then got to know she was seen with a Muslim youth from Metiabruz, a Muslim-dominated area of Kolkata on the banks of the Hooghly.

The man, Binod Das, who resides in a one-room tenement with his son (who is elder to his daughter) and a grand niece, Anjali, at Garden Reach, another Muslim-dominated area neighbouring Metiabruz, lodged a complaint with the Garden Reach Police station the next day. The police registered a case under Section 363 of the Indian Penal Code. But, as is usual in cases of children from poor families going missing, they failed to trace the girl.

In November, five months after the minor went missing, Anjali spotted her aunt (Das’ missing daughter) on a motorcycle with one Mintu Miyan. Anjali was a playmate of the missing girl and was aware that her aunt was acquainted with the Muslim youth. That is how she could recognise Mintu Miyan. Anjali told him that her aunt seemed to be in a daze and was cowering in fear while travelling with the Muslim youth. She looked scared and terrified, Das was told by his grand niece. He also found Mintu Miyan’s phone number from his missing daughter’s notebook.

Das went to the police station immediately and told them about Mintu Miyan. The police, he alleged, were reluctant to take any action. Despite his repeated and impassioned pleas, the police did not raid Mintu Miyan’s house. Instead, he was summoned to Lalbazar (Kolkata Police headquarters) where Mintu Miyan and his family were also present. But the boy and his family denied even seeing the girl and having ever met her. Das pleaded with the police to search Mintu Miyan’s house, but the cops reportedly flatly refused to do so.

Das says he was told by the police that they are too scared to venture into Metiabruz to raid anyone’s house in search of a missing girl. Perhaps the gruesome murder of Kolkata Police Deputy Commissioner (Port), 35-year-old Vinod Kumar Mehta, who had gone into Garden Reach in search of criminals in early April 1984, still hangs heavy on the police force. Mehta was hacked to death, his eyes gouged out, and his body recovered hours later from a drain, bore repeated stab wounds. Mehta was an upright officer who had cracked down on criminals and smuggling rackets that thrive in the Garden Reach-Metiabruz area.

Desperate, Das then approached Calcutta High Court in January this year after realising that the police will not do anything to recover his missing minor daughter. The court issued orders to Kolkata Police on 16 February to raid the house of Mintu Miyan and recover the girl. The matter was listed for hearing again on 28 February. But luckily for the police, lawyers of Calcutta High Court went on a strike from 18 February – the strike is still on – and the police have thus gotten away by their inaction. Had the strike not happened, the police would have had to risk contempt of court by not carrying out the raids on Mintu Miyan’s house as directed by the court.

But that is not all. As news of police inaction and the fear of the police to venture into a Muslim-dominated area to rescue an abducted minor Dalit girl began to circulate on social media, the Joint Commissioner of Police (Crime) of Kolkata Police, Praveen Kumar Tripathi, tweeted a denial of the case on 17 April. His tweet read: “A false rumour being spread on social media about a missing minor girl held captive in a Metiabruz house and police being afraid of raiding house.Don’t believe in rumours being spread to create communal tension. All indulged in spreading rumour wud be severely dealt with.”

The tweet, while rubbing salt on Das’ open wounds, met with a barrage of ridicule. Many posted screenshots of reports that had appeared in some local newspapers, including Anandabazar Patrika, the leading Bengali daily, about the case. On 18 April (Wednesday), Das held a press meet at Kolkata Press Club, where he spoke about the case and appealed to the media to highlight police inaction in recovering his missing daughter. Strangely, not a single newspaper or television channel deemed it fit to report the case even though representatives from all media houses were present.

Das is helpless and desperate, but he hasn’t lost all hope. He is praying that the lawyers’ strike ends so that he can approach the High Court once again. He longs for the day to see his daughter, hug her, and feed her the candies that she was so fond of. He only hopes that the media and women’s activists had been responsive to his pleas and taken up his case. They haven’t.