Kunal Kamra’s Defence Of Free Speech And Satire Is A Good One, But Also Too Clever By Half 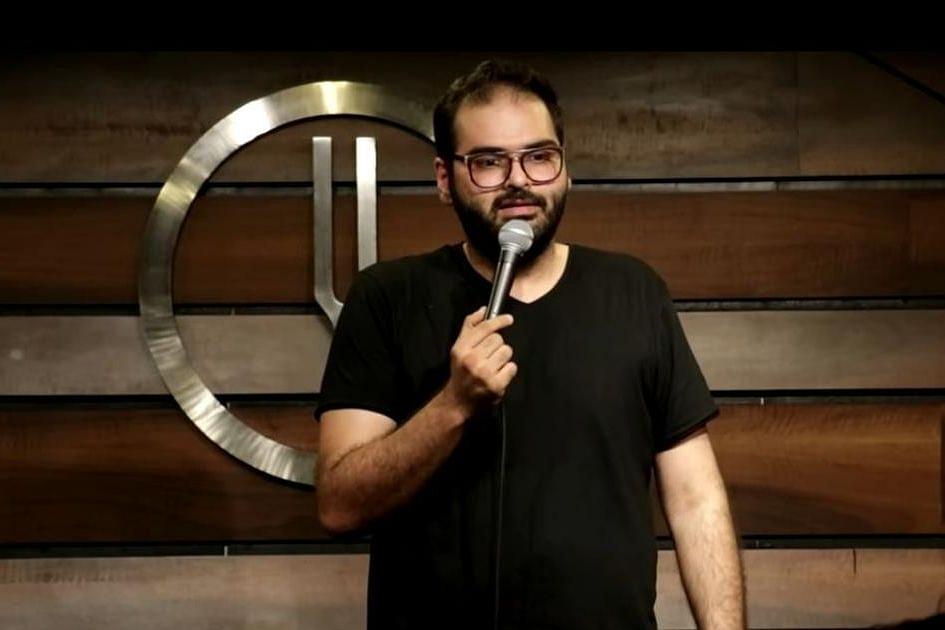 Suddenly, free speech and censorship are being debated all over the world, including India. In the West, Big Tech’s sudden decision to silence Donald Trump once it became certain that he had lost to Joe Biden, drew sharp criticisms from Europe, especially Germany and France.

French President Emmanuel Macron said: “We are very upset here in Paris (about the Capitol attack), but, at the same time, we were very upset, as well, by the fact that a few hours later, all the platforms ... which helped President Trump to be so efficient, sometimes to promote the same demonstrations a few hours before, at the very second when they were sure that he was over, [out] of the power, suddenly cut the mike.”

In Germany, Chancellor Angela Merkel’s spokesperson made it clear that his boss was not amused. “The Chancellor sees the complete closing down of the account of an elected president as problematic…”. Rights, the spokesperson said, “can be interfered with, but by law and within the framework defined by the legislature – not according to a corporate decision.”

In India, we saw Twitter get into a tangle with the government for refusing – for a while – to shut down handles peddling fake news with the hashtag #ModiPlanningFarmerGenocide.

Even outside the hyper-charged world of social media, high-profile people – and lesser folks – have gotten into trouble for transgressing the limits of “free speech”. Last year, serial PIL-ster Prashant Bhushan was fined Re 1 for contempt of court by the Supreme Court.

Kamra, whose idea of a joke may not be everybody’s, is the same guy who was banned briefly from flying for behaving boorishly with Republic TV anchor Arnab Goswami inside a plane. He makes a great case for exempting satire and comedy from the ambit of contempt. His statements thus need to be quoted at length.

He said: “Some people who did not find a few of (my) tweets funny have approached this court seeking that I be prosecuted and punished for criminal contempt of court. I believe there need be no defence for jokes… Most people do not react to jokes that don’t make them laugh; they ignore them, like our leaders ignore their critics. That is where the life of a joke must end.”

Kamra claimed that his derogatory tweets about the court “were not published with the intention of diminishing the faith of the people in the highest court of our democracy… The public’s faith in the judiciary is founded on the institution’s own actions, and not on any criticism or commentary about it… I believe that constitutional offices know no protection from jokes.”

This is a great defence of free speech, especially the part that is about satire, joke and comedy. However, this claim cannot go unchallenged in its entirety, for lost in it are several nuances. Consider the following questions:

One, this attitude needs lots of people and institutions to adopt the same nonchalant attitude to jokes. Not all people can be counted on to do so. So, will someone hurt by what Kamra thinks is only a joke have no recourse to justice? The world over, children and adults who have been the butt of jokes often turn out to be violent as their sense of personhood and self-esteem is hurt. What do we do in these cases?

Two, jokes about politicians and public officials may be pardonable, but what about jokes made about religions, especially religions which do not take kindly to jokes about their beliefs or icons? Were the Charlie Hebdo cartoons, which got many of its journalists killed, within Kamra’s definition of a joke? Some radical Islamists obviously didn’t go along with Kamra’s views. So, do we now need a category of well-defined no-go areas where satirists cannot have free rein?

This question is particularly important in a country like India, where Hindus have had a liberal approach to criticism of their gods or gurus, while Muslims and Christians do not take kindly to any mocking of their prophets or sons of god. What happens when communities privately plan to kill and assassinate those who may have blasphemed (by their own definition, and not the courts)? Can liberal faiths be at a disadvantage against less liberal faiths in such a situation?

Three, if a joke can only be defined by those who think it is a joke, what is the universal standard one can apply to decide what is a joke and what isn’t? What if I say “Hey, the SC is full of idiots”, and then later claim it was meant to be a joke?

Four, at what point is a joke tantamount to slander? And if it is indeed intended to slander, should the affected party – whether it is the Supreme Court itself, the Indian state, or high-profile individuals and corporations with reputations to lose – not have the right to defend themselves and seek at least apologies and clarifications?

Five, in a world where political correctness is demanded everywhere, jokes bordering on racism, casteism, or misogyny, even if not intended, are seriously frowned upon. So, what happens here? Can a joke really be left to remain a joke?

In defence of Kamra one should say that if a joke needs such precise definition, it can no longer remain a joke. So, yes, jokes that at least some people can laugh at can be pardoned as a joke. But that still leaves us with too many grey areas that can cause a lot of social tension and provoke people to turn violent. It is not good enough to say that people must ignore what they do not like. The world does not work that way, and not everyone can be a Sri Krishna either. He forgave Shishupala for a hundred insults before taking action.

Maybe, just maybe, Sri Krishna’s formula is a good one for the law to follow, where every offender has a certain number of free insults and jokes that can go unpunished. After that, the law can be invoked.

Like Shishupala’s mother, who got a guarantee from Sri Krishna that he would not kill her son till he crossed the self-imposed limit of 100 violations, the law can allow liberties and forgive a reasonable number of transgressions by individuals. After that, it should be actionable. But even this principle cannot be applied in all cases.

In short, we need to reassess the limits to free speech, with each culture setting its own limits or expanding it, depending on the state of political comfort with diversity. Diverse cultures that have not yet settled into a degree of comfort with diversity may need more limits, and homogenous cultures need less. What works in Denmark may not work in India.