Laxity Has Led To Pandemic Intensifying In Bengal; Latest Tough Measures May Be Too Little, Too Late 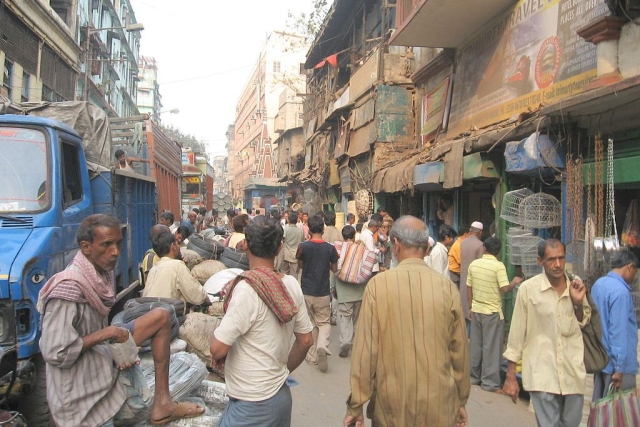 The Bengal government has announced a total lockdown in as many as 500 ‘containment zones’ across the state with effect from Thursday (July 9) evening. A sudden spurt in Covid-19 positive cases in many parts of the state sent alarm bells ringing in the state administration and prompted this.

Bengal has seen a sudden surge in cases since the ‘unlock’ phase began in June. From 5510 cases on May 31, the number jumped to 23,837 on Tuesday (July 7). While this is the official figure, it is widely suspected that the actual number of Covid-19 positive cases will be many times this number.

That’s because the testing rate in Bengal continues to be low. Most cases, and even deaths, especially in the districts adjoining Kolkata, go unreported. With ill-equipped government hospitals reaching their capacity, most patients are being asked to stay at home. Many are not being tested as well.

Epidemiologists say that this spurt was expected. “Enforcement of lockdown was extremely lax in Bengal. Markets, and even wet markets selling fish and meat, were allowed to open. Even flower markets were kept open and people flocked to all these markets. Social distancing was never observed,” said an epidemiologist at the state-run SSKM Hospital.

The reason for this, say opposition leaders, was chief minister Mamata Banerjee’s penchant for taking a populist stance on every issue. She instructed the state administration to be lenient and not to be harsh on those who violate lockdown restrictions. The chief minister even publicly warned the police of indulging in ‘excesses’.

As a result, a dispirited state administration and police looked the other way while lakhs of people flocked to public places and crowded into markets and public transport, often without observing even the basic precautions like wearing masks.

“Mamata Banerjee thought enforcing lockdown restrictions strictly would make her unpopular. She thought if people were stopped from buying fish from the markets, they would blame her. So she allowed life to go on as usual and this has led to a spurt in cases,” said BJP state chief Dilip Ghosh.

The return of lakhs of workers from other states has also led to this spurt. But, say virologists and epidemiologists, this was predictable and the state should have taken precautions. “Those returning to Bengal from other states ought to have been compulsorily sent to quarantine centres and tested,” said Tarun Manna, a senior physician at a government hospital that has been designated as a Covid care centre.

Bengal carried out only perfunctory thermal scans on the returnees, and even that was not done in most cases. They were allowed to go home and only advised home isolation, an advice they observed in violation. As a result, the deadly virus spread like wildfire.

“The latest announcement of stricter enforcement of lockdown restrictions in containment zones is a desperate measure and will not work. This should have been done in April and May itself. But the state government was only busy battling the Centre then and in hiding its own failings,” said BJP national secretary Rahul Sinha.

CPI(M) leader Mohammed Salim said that the laxity during the early stages of the pandemic is costing the state very dear now. “Right in the very beginning itself the state government should have declared a total lockdown and enforced it very strictly. Its casual approach that time has led to this alarming situation,” he said.

But Trinamool leaders disagree. “Lockdown in Bengal was enforced in a humane manner. We ensured that people were not put into grave hardship. But we followed all norms,” said senior minister Partha Chatterjee.

It is this ‘humane manner’--a euphemism for not enforcing restrictions and treating violators with kid gloves--that has backfired. “Since the state government displayed a casual attitude, people also became callous. But the danger is that the virus has spread widely and people are unaware of its spread since the government is still busy concealing the actual figures,” said BJP’s Ghosh.

Epidemiologists contend that the strict enforcement of lockdown in containment zones announced now is too little, too late. “The virus has already spread and the spread cannot be controlled anymore. Even so, a blanket lockdown across the state and not just in containment zones would have made sense,” said Manna.

If not across the state, a complete lockdown should have been imposed on Kolkata, and the districts of North and South 24 Parganas, Howrah, Hooghly and Malda, and pockets of the other affected districts. By not doing this and confining the total lockdown to only containment zones, the state government has taken the populist route once again.

“Containment zones are ones where Covid-19 positive cases have been detected. Puting small pockets or clusters where cases have been detected under lockdown make no sense since the virus has already spread. Before testing positive, a patient would have spread the virus to many others he or she came in contact with. It is necessary to trace those persons, test them and put them in isolation or quarantine. That is not being done and, instead, only the house or building in which a Covid-19 positive case is detected is declared a containment zone. This serves little purpose,” said the SSKM epidemiologist.

Senior physicians have been asking the Bengal government to declare a total lockdown of at least the six worst affected districts. But the chief minister, fearing that harsh measures would make her unpopular, is shying away from doing what she ought to have done three months ago.