Lingayats As Minorities: Why It Is Near-Impossible To Remain A Hindu And Run A School Or College In India 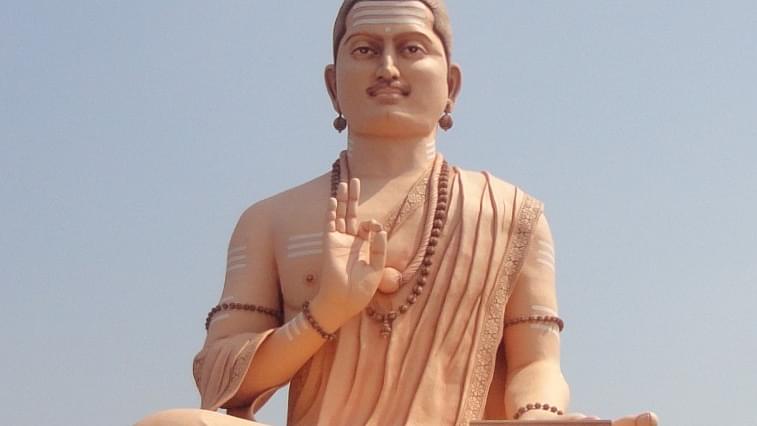 Contrary to what some sections of the media would want you to believe, the Lingayat issue is not a philosophical argument with Hinduism – rather it is the inevitable consequence of a discriminatory and exploitative legal regime put in place by the Sonia Gandhi-led United Progressive Alliance (UPA).

Thus, when reading and talking about the Lingayat agitations, there are four things one needs to keep in mind. But first,

What exactly is the Lingayat demand?

As Hariprasad N explains here, what “the Lingayats are asking for is an inclusion in the list of ‘religious minorities’ officially recognised by the Government of India. In other words, the demand is for ‘legal’ recognition as minorities, and not in any other way”.

Now, here are the four points.

1. This is not a revolt against Hindu philosophy, culture or practices.

Some articles in the media have tried to spin the Lingayat movement as a revolt against Hinduism itself. A closer look at the demands, however, proves the claim to be false.

If this was indeed a case of revolt against Hinduism, the Lingayats know better than to address their demands to the state. As Twitter user @realitycheckind explains in his blog:

“If that were all there is to it, Lingayatism doesn't need a gazette notification but can cleave from Hinduism by a natural process. There is no Hindu pope who is going to prevent them from separating, nor will there be any institutional retaliation. All they need is to develop an inside / outside view with Hindus and build higher walls and deeper moats. They can use unique types of food, perfumes, practices that appear strange to Hindus, mutilations, naming babies in certain way, controlling intercourse with Hindus, and so on.”

However, the Lingayats do nothing of this sort but insist only on a “Central Govt notification (a mere piece of paper) that amends the National Commission of Minorities Act 1992 and adds them as the 7th religious minority in India”.

What this implies is that the Lingayat demonstrations are not about some imagined philosophical schism with Hinduism but about obtaining a certificate from the central government.

2. Why would any community not want to avail of Article 30?

Today, Lingayats run numerous educational institutions. And since they are not classified as a minority, all their institutions are, in theory, vulnerable to intervention from the state.

However, that they have managed to establish a network of educational institutions without being classified as a minority is by itself a strong argument for the abolition of Article 30 altogether. As @realitycheckind explains:

“If you argue that Lingayat have been unfairly denied minority status for 40 years, then it follows that they have managed to roll out such large education network without minority status.”

However, till Article 30 remains, it will continue to be available as a tool to splinter Hindu society. As he explains, one “strategy could be to select groups to be groomed for eventual split by allowing them to roll out big institutions”, and when the institutional network is well-established, such groups will willingly ask to be classified as minorities, separate from Hindus, for the sake of safeguarding their institutions.

3. Communities would rather be classified as non-Hindu than suffer the “93rd Amendment”.

In 2005, the Sonia Gandhi-led UPA introduced the Ninety-third Amendment to the Constitution, which added clause (5) to Article 15. The clause reads:

Put simply, any Hindu-run educational institution can be “taken over to any percent along any social justice axes in any aspect of management”.

The Lingayats, with their numerous educational institutions, naturally wish to protect themselves from this draconian law. And the only way to save yourself from the Ninety-third Amendment is to have yourself declared a minority. “The reward is a safe harbor with total and permanent autonomy guaranteed constitutionally. The ungainly sight of begging for minority status will be forgotten” once the comfort of statutory protection is achieved.

4. How to turn the debate on its head?

The Lingayats today, and other Hindu communities who make similar demands in the future, cannot be blamed for wanting to protect their institutions. The only way out of this quagmire is through a seemingly drastic measure – repealing the Ninety-third Amendment and extending the privilege of Article 30 to all communities, irrespective of whether they are majority or minority.

The current legislative regime makes it near-impossible to remain a Hindu and run a school or college. Either this exploitative regime goes, or the Hindu society in India braces itself for gradual fragmentation.

Also Read: Have You Set Out To Abandon The Very Fundamentals Of Basavanna‘s Teachings?